Last year, PM Theresa May gave the go ahead to the construction of the new Hinkley C nuclear power station. Now, plans for a £1.3bn tidal lagoon in Swansea Bay are to be backed in a government-commissioned review. However, the UK government still needs to agree on a deal and a marine licence would also need to be approved.

Tidal Lagoon Power has suggested that for the project to be viable, with 16 turbines placed along a breakwater, a strike price of about £90 per megawatt hour (MWh) would be required over 90 years. That would compare with £92.50 per MWh agreed for Hinkley C over 30 years. However, both compare with the current spot energy price of £54 per MWh.

The construction of Hinkley C will create a large number of skilled jobs and positive spin off to the local economy, as no doubt would the Swansea Bay project if given the go ahead. However, the former has the obvious safety risk associated with nuclear power, while the lagoon has environmental issues including impact on estuary bird life and local fishing businesses.

The UK needs more fiscal stimulus, so large infrastructure projects should receive government support. The UK needs more secure, long term sources of energy generation and ones that are green but competitive. Coal powered electricity has fallen to under 10% of total UK power generation in 2016 and has been surpassed for the first time ever by wind farms at 11.5%.

The Swansea Lagoon project may not be cheap but would be a world first. Perhaps, it could prove a pathfinder project allowing technology to be developed which should bring the cost down and be a prototype for much larger and more efficient lagoon projects?

Last week PM Theresa May set out a new role for a ‘global Britain’. Meanwhile, in the USA, Donald Trump was inaugurated as the 45th President and intends to put ‘America first’. The reality of President Trump has already had a big impact on global asset performance. From here, the ride may be bumpy but the environment should remain supportive of equities.

Theresa May’s Brexit strategy speech achieved a conciliatory and avoided a confrontational tone. It was very much as suggested in prior press reports as she signalled that the UK would not seek to be a member of the EU Single Market, as this would necessitate accepting the EU’s ‘four freedoms’, including free movement. The PM also indicated that in a post-Brexit world, the UK would no longer be subject to jurisdiction from the European Court of Justice, nor pay ‘huge sums’ to the EU budget. She also suggested a willingness to reject a ‘bad deal’ and adjust to a low-tax, low-regulation model as an alternative to EU access and confirmed that Parliament would get a vote on the final deal agreed between the UK and EU.

Sterling staged its biggest one-day rise against the US Dollar since 2008 to over $1.23. However, the FTSE 100 index moved over 100 points lower dragged back by overseas earners on Sterling ‘s rally. The reality is that Brexit negotiations are unlikely to be as straightforward as the PM’s speech seemed to imply and Chancellor Phillip Hammond has warned it is likely to take longer than two years.

In the USA, President Donald Trump has already threatened to overturn two decades of US economic policy by questioning the strength of the US Dollar. He told the Wall Street Journal that a strong Dollar was preventing US companies from competing with their Chinese counterparts. ‘It’s killing us’. The danger would be if the US was to start suppressing the value of its currency and in so doing spark a currency war, which could set the ground for a broader trade war. However, Steven Mnuchin, Donald Trump’s new Treasury Secretary appeared to reassert support for a strong Dollar adding to conflicting signals over the new administration’s economic policy.

Meanwhile, German car manufacturers or more specifically BMW were the latest to incur the wrath of Donald Trump. ‘I would tell BMW, if you want to build a factory in Mexico and sell cars to the US without paying a 35% tax, forget it’. BMW countered by saying that the Mexican plant could survive without selling any cars in the USA, as it would be a full-blown operation to produce cars for anywhere in the world. However, there are growing doubts about what policies Trump might actually follow through on given he subsequently called a border tax ‘too complicated’.

Mark Carney, the Governor of the Bank of England said that the outlook for UK interest rates will depend upon the trade-off between tolerating higher inflation, while guarding against higher unemployment resulting from an economic slowdown as higher prices squeeze household spending power. Rising raw material costs, higher air fares and food prices saw UK consumer prices index (CPI) inflation move up in December to 1.6%, ahead of expectations. The effects of Sterling weakness passing through the supply chain is beginning to happen. Apple has announced it is raising the prices of apps in its UK stores by 25% due to weak Sterling.

In Europe, Mario Draghi, President of the European Central Bank (ECB) said that underlying inflation pressures remained subdued and that the ECB has not discussed reducing stimulus measures.

In the USA, Fed Chair Janet Yellen said that ‘it is fair to say the economy is near maximum employment ad inflation is moving towards our goal. The timing of the next Fed interest rate hike will depend upon how the economy actually evolves over the coming months.

China announced that the economy grew by 6.7% in 2016 in line with official targets. Monthly data for December was in line with expectations with industrial production up by 6% and retail sales up almost 11% on the same time last year.

The International Energy Agency said it expects the USA to react strongly to the plan by OPEC to cut production. US output was already picking up but could accelerate under Donald Trump while non-OPEC members such as China and Brazil could increase output. A report by OPEC suggests it needs to maintain or increase output cuts into the second half of 2017 if it wants to rebalance supply and demand. Brent oil hovered around $54.

Finally, who says American’s don’t have a sense of humour? A digital freeway announcement board in the state of Maryland had the following announcement for those drivers heading towards Washington DC on Friday to see Donald Trump sworn in as President. 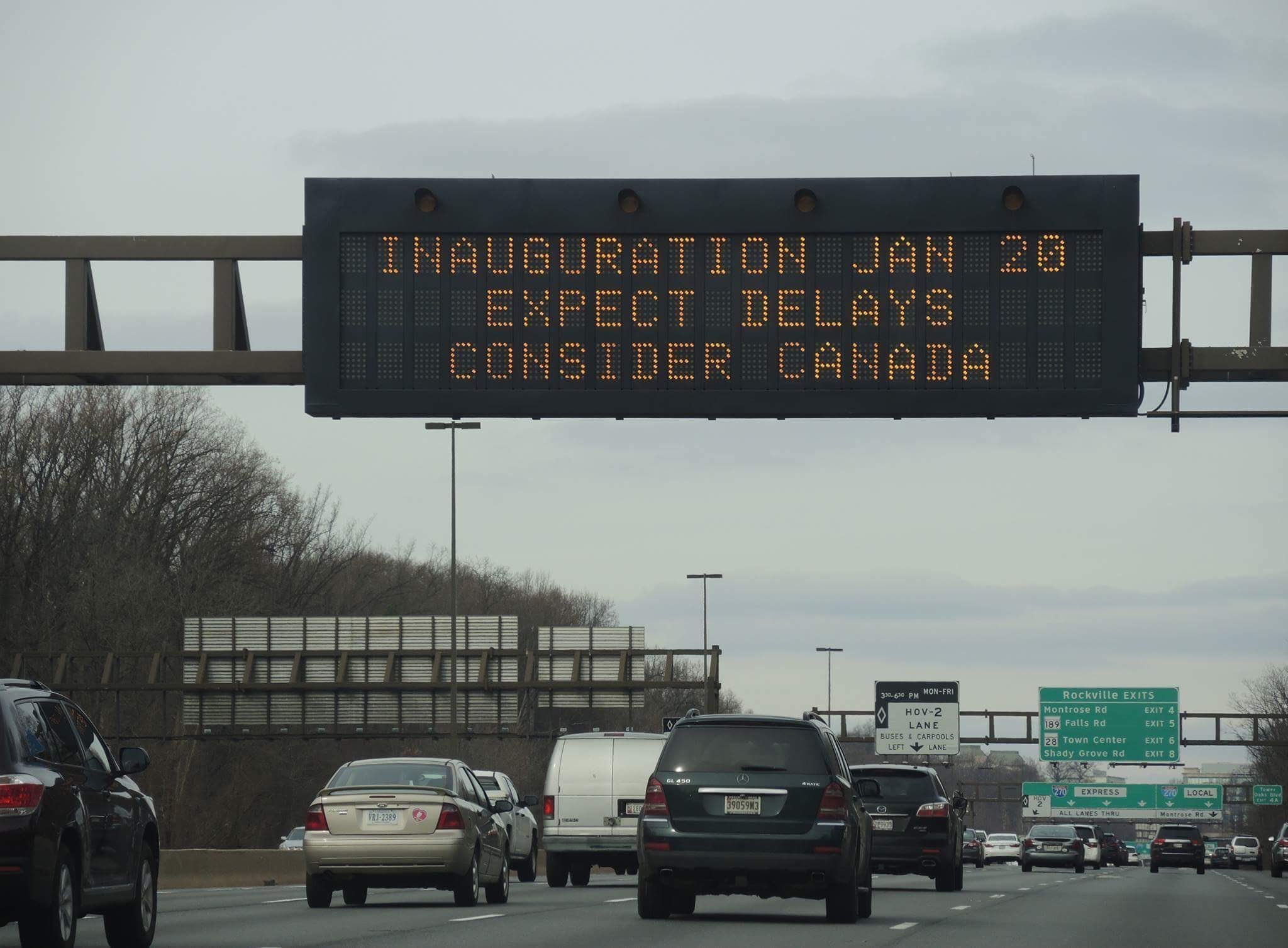