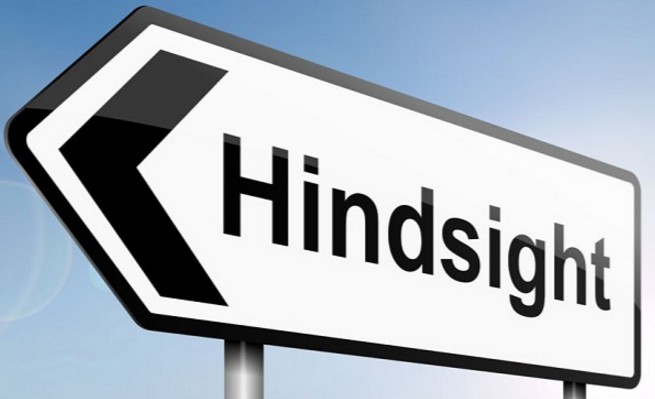 Interestingly, opticians Specsavers have recently registered ‘should’ve’ as a trade mark. The Specsavers brand, like others, is recognised by a combination of features, including its ‘should’ve gone to Specsavers’ strapline. The term ‘should’ve’ will clearly work well from a domain name and social media perspective which is why it no doubt makes sense to protect it and deal with possible infringements.

Other companies which have secured trademarks on phrases include McDonald’s with ‘I’m lovin’ it’ and Nestle with ‘Have a Break’ for Kit Kats.

‘Should’ve’ is a phrase I am sometimes heard to mutter. If I thought about all the things, over the years, that I should’ve either bought, sold, held onto or avoided, it would probably drive me crazy. Hindsight is a wonderful thing. When it comes to long-term investing, much like life in general, the key is to chalk it up to experience but make sure you learn from it.

Very quiet market conditions last week in the UK in the run up to the long August Bank Holiday weekend. Global fund managers listened carefully to comments from the Janet Yellen of the Fed speaking at Jackson Hole on the likely path of US interest rates. While the speech did not really give much away, it seems some Fed members have their fingers hovering over the rate hike button and much may depend upon this Friday’s US jobs data.

Fund managers remain on watch for any signs of Brexit impact on the UK economy although it is still too early to tell with any accuracy. According to the HMRC, the commercial property market saw a drop in activity in July with a number of high-profile property deals cancelled in London. By comparison, the residential market does not appear to have been affected so far with 94,550 homes purchased in July while housebuilder Persimmon also provided a re-assuring update on potential buyer interest levels in the new build sector.

The Halifax highlighted a marked slowdown in house price growth over the last three months, led by a deceleration in London and other high value areas across the south-east. In contrast, it predicted northern cities will continue to register stable growth rates. While still early days, UK consumer spending does not seem to have been affected so far by the Brexit vote, with credit card purchases in July above those of June and the average for the previous six months.

In the UK, a story in Property Week suggested the new government is preparing a post-Brexit housing package in the Autumn Statement ‘that will provide billions of pounds to residential developers in an attempt to abate the housing crisis and stimulate the flagging economy’. The new multi-billion fund, is rumoured to be administered through the Home Counties Agency and would back developers from all parts of the industry, including the private rented sector. Small and medium sized businesses would be in pole position to receive the funds in the form of loans. This sounds more like a ‘Help-to-Build’ rather than the existing ‘Help-to-Buy’ scheme which has resulted in pumped up demand and inadequate supply.

One definite positive is the recent fall in Sterling post the EU referendum which, appears to be feeding through to British manufacturers, with manufacturing exports at a two year high in August according to a survey by the CBI.

In Europe, economic activity edged up ever so slightly in August to a seven- month high according to a ‘flash’ reading of the Purchasing Managers index.

In the USA, new home sales rose to the highest level in nine years helped by a robust jobs market. The US July durable goods data was the usual mixed bag with the headline reading up 1.5% but, stripping out defence and aircraft orders, the increase was 1.6%, a potentially promising sign for US business investment. Fed Chair Janet Yellen said the case for raising interest rates has strengthened in recent months in light of the continued solid performance of the US jobs market and the Fed’s outlook for economic activity and inflation. However, the lack of any specific signal with regards to the September Fed meeting appeared to ease market concerns with most in the market expecting the hike in December after the US Presidential Election. However, much may rest on the US jobs data this Friday.

In Japan, data underlined the difficulty in generating inflation and adds further pressure on the Bank of Japan to do take more action with deflation of -0.5% in July.

Oil encountered profit taking but settled around $49 due to a combination of higher US drilling rig count data, news of Iraq raising output by 5% and talks of a ceasefire with militants who had been attacking oil production facilities in Nigeria.

Finally, where would the EU be without us? Following Rio 2016, the European Parliament issued a press release to congratulate the country with the greatest number of Olympic medals. The winner? The USA with 121 medals? No! China with 70 medals? No! The winner was the European Union with 325 medals and not even a mention of Team GB’s contribution to this total!