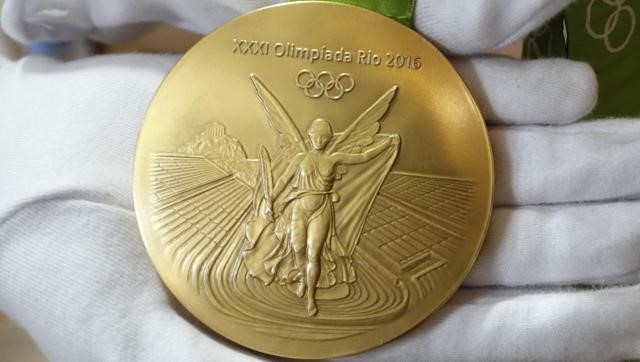 Some of us may be a little bleary eyed this morning. As we write, ‘Team GB’ is second in the overall Olympic medal table. An inspiration to us all!

As keen followers of the Olympics will have gathered, sport is becoming increasingly dominated by statistics. Intriguingly, the BBC Trust recently issued a new report on how the BBC uses statistics. It discovered that some viewers were apparently frustrated by statistics and struggled with the very big numbers quoted in some reports. Furthermore, some viewers struggled with percentages preferring one out of ten rather than 10%. The way data was presented was also considered important. In one report, it was revealed annual net immigration had reached 330,000 but this took on a different meaning for the people in the BBC study when it was revealed that asylum seekers made up just 4% of that total.

The BBC study also revealed that those in the study preferred comparisons, so watching news about land and scale found it easier to think in double-decker buses and football pitches rather than hectares or square miles.

Funnily enough, we spend a lot of time studying big numbers. For example, the Bank of England (BoE) recently expanded its monetary stimulus programme by £70bn to £435bn. To put this in context for some of those in the BBC study, imagine London covered in football pitches, with double-decker buses parked on them each filled with bundles of £20 notes. Basically it’s a very big number! Furthermore, the BoE has suggested that this might not be the end of monetary stimulus.

While the FTSE 100 reached a 14-month high last week, the US market broke through its previous record peak which was achieved on 31st December 1999, the day before the dotcom bubble burst. Despite the uncertainty from the US Presidential election, the US market has been helped by reasonable economic data and company results.

Following the Bank of England (BoE) action last week, Sterling dropped under $1.30 and the ten-year Gilt yield dipped to a record low of under 0.6%. The downward pressure on Sterling intensified after an article by a member of the BoE monetary policy committee who reminded global investors that further BoE stimulus will almost certainly follow signs of persistent weakness in the UK economy. Those plans did hit a bump however as the subsequent Bank of England gilt auction was uncovered and raised questions over whether the QE programme will be hampered by a lack of willing sellers. However, a subsequent reverse gilt auction was covered a healthy 4.7 times suggesting that the initial uncovered auction may have been due to the holiday season.

According to weekend press articles, senior Whitehall officials are suggesting that Article 50 to trigger the Brexit clock may not happen until early 2018 rather than early 2017. This is because the Government does not have the infrastructure or negotiators to undertake the Brexit process. A delay is also thought possible due to elections in France and Germany over the next year or so, meaning that negotiations could become hostage to changing European administrations.

In the UK, consumers do not appear to be concerned by Brexit so far according to two sources of information. The Visa survey of consumer credit card spending recorded the strongest rise for three months up 1.6% in July. The BRC retail sales survey for July was up 1.1%. Elsewhere, June’s UK industrial production data was in decent shape ahead of the EU referendum, expanding by over 2% in the second quarter although subsequent survey evidence suggested that momentum had stalled at the beginning of the third quarter.

The July RICS Residential Market Survey pointed to a further slowing in house price inflation with near term expectations continuing to signal downward pressure on prices in the coming months. Alongside this, the net balances for new buyer enquiries, agreed sales and new instructions all remained firmly negative. London was notably weak with transactions at the lowest level since 2008. Nevertheless, as the dust settles on the EU referendum vote, forward looking indicators for the UK are now a little less gloomy, with twelve-month price projections edging back into positive territory.

The BoE published a report on business sentiment following the EU referendum suggesting that many companies expect a negative impact on capital spending and recruitment over the coming year. However, manufacturing businesses were more positive, expecting to benefit from the weakness of Sterling.

In the USA, productivity declined slightly in the second quarter, a third straight deterioration which may raise concerns about US corporate profitability.

In China, inflation in July was in line with expectation at 1.8% as food price rises moderated. However, monthly activity releases showed a deceleration across all the main measures but could reflect the gradual re-balancing of the Chinese economy away from manufacturing towards the consumer. Fixed asset investment dropped to a sixteen-year low, industrial production slowed to 6% and while retail sales slowed but still increased by 10.2%.

Japan’s economy posted nearly flat growth in the second quarter despite the huge amount of monetary and fiscal stimulus.

Oil initially eased slightly after an upward revision in the outlook for US shale oil production while Saudi Arabia confirmed its oil output hit a record high in July. However, the oil price subsequently rallied to $46 following comments from the Saudi oil minister that it will take action with OPEC and non-OPEC members if needed to rebalance the market. This tactic was used successfully to support the oil price before in April ahead of the Doha meeting even though there was no reduction in output.

Finally, some advice from the late Duke of Westminster who sadly died last week with an estimated personal fortune of £8bn. When once asked what advice he’d give to entrepreneurs keen to emulate his success, he replied ‘make sure you have an ancestor who was a very close friend of William the Conqueror’. Alternatively, it would appear sound financial planning might help. By the creation of a trust for the Duke’s estate, it would appear Hugh Grosvenor, the new Duke of Westminster, has avoided 40% inheritance tax.