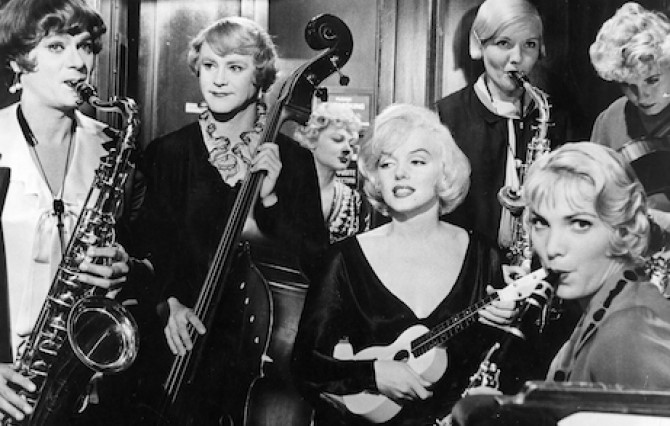 Unfortunately not the classic comedy film starring Marilyn Monroe, Jack Lemmon and Tony Curtis but office air conditioning! Our office is, no doubt, like many others in that there is usually a lively debate about the temperature. We recently learned that current air conditioning standards are based on research undertaken some 50 years ago, about the same time ‘Some like it hot’ was made! This used a metabolic rate to work out a comfortable working temperature. However more recent research has revealed that women prefer to work in warmer conditions, typically 25C whereas men prefer 22C and so arguments begin!

Which got us thinking. What suits one person might not suit another and this is very much the case when it comes to investors. Some investors have a low tolerance to risk, while others are more adventurous, while some like it hot, at the more speculative end of the risk spectrum. Likewise markets can be like the air conditioning, as sometimes it can become too hot, like in China. The trouble with markets that overheat is that they can cool down just as rapidly, which is something many smaller Chinese investors have discovered to their cost. The heat has turned up on the Chinese authorities to do more who have shocked global equity markets with a surprise currency devaluation.

Meanwhile in Europe, with Greece taking the headlines, the ongoing fighting in eastern Ukraine has been largely overlooked. While not back to the days of the ‘Cold War’ there is no doubt that Russian and Western European relations have cooled noticeably.

Talking of air-conditioning, investors continue to blow hot and cold. Markets are hot on US M&A activity but cold on China and the fall out globally from its surprise currency devaluation. To put this devaluation in context though, since 2009 China’s currency peg has led to a renminbi appreciation that has outstripped the strength of both Sterling and the US Dollar.

In the USA, M&A activity continues. Veteran investor Warren Buffet struck the largest deal of his life as Berkshire Hathaway agreed to buy Precision Castings for $37bn. This was viewed positively by the US market although its timing appears interesting, given the strength of the US Dollar and the headwind therefrom for US manufacturing.

While markets still appear to be expecting the first US interest rate hike in September, the Fed will now be watching capital flows closely following the Chinese devaluation. Furthermore, short term US inflation expectations have fallen to a seven month low due to the fall in commodity prices, particularly oil. Against this, US retail sales in July were significantly stronger than expected, which suggests September still looks favourite for the first hike.

China devalued its currency by 1.9%, the biggest single move on record, by loosening the US Dollar/renminbi peg. This makes Chinese exports more competitive but imports more expensive but could kick-start an Asian currency war. Over the two days following the devaluation, the PBoC also fixed the ‘official midpoint’ for the renminbi down a further 1.6% and 1% respectively against the US Dollar. This is a guiding rate at which trade can rise or fall 2% during the day but has in the past has been determined by the PBoC. Going forward the guiding rate will be based on overnight global market developments and how the currency closed on the previous trading day.

The Chinese authorities called the devaluation a one –off adjustment but will now also allow market forces to have more influence in setting the value of the currency. Presumably, to the Chinese authorities, devaluation may be preferable to further reductions in the deposit rate and reserve requirement ratio which would trigger hot money into equities and property.

The fact that the Chinese have devalued adds to belief that the authorities must be concerned about the extent of the slowdown in the Chinese economy. Just what have the authorities seen that we haven’t yet seen? This has spooked markets and Chinese dependent commodities and sectors such as the global miners. In addition, while an important step to stimulate the domestic economy it is further bad news for many luxury brands whose goods will become more expensive for Chinese consumers.

In the UK, mortgage lending was shown to have increased by 22% in June. Consumers remain in good health and UK consumer spending could receive a further boost if another court ruling, this time regarding commission payments linked to PPI mis-selling by the UK banks generates more claims. One research house has estimated that the potential bill from the latest ruling could be greater than the previous £30bn PPI scandal.

In Europe, Greece agreed a third bail out deal ‘in principle’ with its creditors which just leaves the small matter of debt relief. Germany sounded a note of caution however while talks remain open on some details. The next debt repayment is due on 20th August. Eurozone industrial output eased more than expected in June due to lower activity in Germany, Italy and France.

Japan’s economy shrank in the second quarter by 0.4% due to sluggish exports and consumer spending, albeit not as weak as some had forecast. Nonetheless, it still marks a setback to the government’s reform policy.

The pain created by lower oil prices was reflected in Q2 GDP data from Russia which showed that the economy contracted by 4.6%, the largest drop in six years with some analysts suggesting this is worse than the crisis seen in 1998 and 2008. Further pain seems likely given the current oil price. Generally, it’s looking increasingly painful for many emerging markets, more so now with the combination of the Chinese currency devaluation and the prospect of higher US interest rates.

Oil slipped on the release of OPEC’s latest monthly production numbers that showed output reached a three year high in July. Sentiment was probably not helped by the Chinese devaluation which raised concerns about the pace of slowdown in economic growth in China which remains an important consumer of oil. An IEA report also confirmed that oil supplies are growing at ‘breakneck speed’ and forecast that increasing demand would not cut into the surplus inventories until late 2016 at the earliest.

Finally, as we suggested last week things are warming up nicely for UK consumers with lower petrol prices. China devaluing could be a further benefit in that its goods become more competitive, so cheaper goods from China for UK consumers. Furthermore, China is effectively exporting deflation through lower price goods. Along with lower oil prices, might this fact also possibly delay the need for the BoE to increase interest rates given the UK could see a period of ‘low-flation’?