Sound nuts to you? 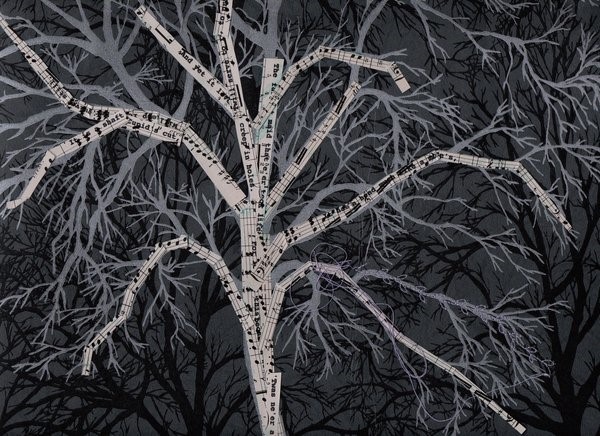 We recently learned of a £37,000 project to make music from the sound of beech mast falling from a giant 100 year old beech tree in Bristol. The project has been funded by a grant from Bristol City Council from its 2015 European Green Capital fund.

A canopy fitted with sensors and recording equipment under its branches was supposed to record the vibrations as the fruits fell and emitted a musical note. The resulting sound track was then to be translated by a Bristol composer into a fifteen minute orchestral work for which concert tickets have been made available. Unfortunately plans have had to be revised as there are no nuts. The beech tree only produces nuts every two years and this year is dormant! Instead, the stresses and strains and movement of the beech tree have had to be translated into a short composition called ‘Tree Song’.

Which got us thinking. Timing is everything. All businesses need to invest in growth be it in new staff, premises or equipment. However, sometimes companies can overstretch themselves by borrowing large sums of money to invest in new factories, new products, markets or territories. If this happens to coincide with a period of slower economic growth, rising interest rates or even recession, then those companies can suddenly find themselves on the back foot.

We like investing in companies with good long- term organic growth opportunities. However, we tend to seek those with strong Balance Sheets and cash flow that can comfortably finance expansionary investment regardless of economic conditions.

A public bank holiday in Japan and the closure of the US bond market for Columbus Day got the week off to a quiet start ahead of the US earnings season which has so far begun with a mixed set of numbers. Expectations for Q3 US earnings have been set pretty low however, with an expected decline of 5% due in part to US Dollar strength and weakness of emerging markets.

Economic data from both the UK and USA did nothing to dispel the feeling that the first interest rate hike across both sides of the ‘pond’ continue to recede into the distance. More disturbing however and possibly unsettling for markets is the fact that there appears to be division amongst Fed members as to its strategy for withdrawing monetary stimulus, with two board members signalling they oppose a near-term increase in interest rates. At a time when global markets need clarity from central banks, airing official disagreements in public could have unintended consequences.

In the UK, retail sales picked up nicely in September, after the unseasonal August weather driven by furniture, clothing and footwear. CPI inflation for September came in at -0.1%, with core inflation stripping out food and petrol at 1%. Some commentary will no doubt allude to a return to deflation but we think the data is unlikely to hugely alter thinking at the BoE. Unless core inflation starts firming up then there doesn’t appear much reason to raise interest rates until 2016. UK unemployment fell to a seven year low in the three months to August, while earnings rose by 3% which, continues to bode well for consumer spending.

In Europe, the German investor confidence index took an inevitable knock from the VW crisis. Eurozone industrial production declined slightly in August, largely due to issues in Germany which now faces the impact of the VW scandal.

In the US, economic data did not suggest the Fed needs to move on interest rates any time soon. Retail sales in September were only a fraction higher than those in August. US headline inflation continued to be dragged down by lower gasoline prices which contributed to the biggest monthly decline in eight months with a reading at zero. The US employment picture continues to look brighter with weekly claims data at a forty year low. However at a corporate level there appears to be quite a bit of caution as regional business sentiment readings continue to drift lower.

In China, the PBoC said it would expand a programme which allows lenders to borrow from the central bank using loan assets as collateral. This Chinese version of QE is not as significant as that undertaken in the US or Europe but is nonetheless another liquidity tool to supply base money and help deliver liquidity to smaller Chinese banks. China’s trade data for September showed a smaller than expected decline in exports but imports were driven sharply lower due to the recent volatility in commodity prices. Soft demand for imported raw materials suggests that Chinese industrial production remains subdued. Headline inflation also drifted lower in September. Chinese Q3 GDP growth came in at 6.9% but was not surprisingly greeted with a degree of scepticism by economists. Further stimulus by the PBoC with further interest rate cuts appear likely.

Oil didn’t really respond to the Chinese QE news. While there are signs of excess supply being removed, there is still the issue of Iran which has just approved the nuclear agreement with world powers. A report from the IEA suggested that as a result, Iran is set to replace the USA as the biggest source of new oil supply, while the demand outlook was markedly softer in 2016 on weaker global growth.

Russian air strikes in Syria and escalations in Middle East tensions have no doubt supported the oil price. However, in a rather disturbing admission, the US has revealed that ISIS is generating as much as $500m a year from oil resources from within the territories it controls. A Syrian rebel commander revealed that he buys diesel from ISIS controlled areas even as his forces fight the group at the front. The global terror threat is not going away anytime soon.

Finally, talking of trees, I fondly recall this time of year, in my very early youth, collecting conkers and rummaging through drawers for spare shoe laces for conker fighting. Sadly, these days, yet another great British pastime which seems to have become a victim of the health and safety brigade. Not conkers but bonkers!