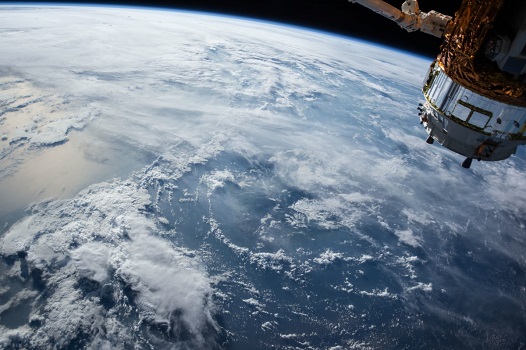 The UK’s armed forces first combined command centre, aimed at protecting the country’s interests in space has recently opened. Space Command is based at RAF High Wycombe and will be jointly operated by the Army, RAF and Royal Navy. When fully operational it will also provide command and control for all of the UK’s space capabilities, including the UK’s Space Operations Centre, RAF Fylingdales and SKYNET.

The Space Command launch comes as major military powers around the world are increasing their presence in space. In 2019, the US military launched the US ‘Space Force’ as it was considered absolutely vital to maintain superiority over China and Russia. Speaking at the launch of Space Command, Air Chief Marshall Sir Mike Wigston, the head of the RAF said ‘Right now we see countries like Russia and China testing and demonstrating anti-satellite weapons -satellites with all the characteristics of a weapon deployed in space.’ The UK has no plans to launch its own space weapons but Space Command will use the new command centre to better track threats.

The UK is shifting defence spending towards cyber security, electronics and space, as the nature of warfare changes. Less is being spent on traditional hardware, although given the fiasco of the upgrade of the £5.5bn Ajax armoured vehicle that made its crew ill, and can’t fire on the move, this may be money better spent. The UK government is spending an additional £1.4bn on space capabilities over the next ten years. Will this be enough? Can the UK afford any more given the Covid-19 pandemic debt burden and demands from the NHS, social care and education sectors?

Who would have thought almost twenty years after 9/11 that the Taliban would control Afghanistan? While markets do not appear to have been impacted by recent developments in Afghanistan, the world is likely to become an even more dangerous place. Geo-political tensions remain, with Taiwan reporting a large incursion of Chinese military jets into its air defence zone over the weekend.

In the meantime, markets continue to focus on the current threat – the Covid-19 Delta variant, where measures to tackle the spread of the virus appear to have had an adverse impact on economic activity in China and other parts of Asia. Covid-19 restrictions have had an impact on factory activity and there has been further disruption to global supply chains.  Despite this, supportive noises from the US Federal Reserve and M&A activity have helped propel the US market and UK mid-cap equities to record highs.

Scientists are monitoring a new Covid-19 variant known as ‘Mu’ with an unusually high mutation rate. Meanwhile, the EU recommended that its member states re-impose travel restrictions on US tourists over rising infection rates. Economies remain in generally good health with the caveat the Delta variant. In the UK almost 90% over the age of 16 have had one jab and 80% two jabs. However, cases and hospitalisations appear to be picking up with the return of larger events and will England’s ‘R’ rate increase, as it has in Scotland, as a new school term begins?

Global supply chain challenges were reflected in the latest European data. European factories saw unfilled orders rise to an unprecedented level in August -surpassing a 24-year record seen in July. Shortages of parts and raw materials and a lack of shipping capacity are proving worse than initially expected and threaten the economic recovery in Europe. Meanwhile, inflation has risen to its highest level in a decade at 3% in August. Transitory or not you may ask? The Bundesbank may be starting to ask some questions even if the European Central Bank is sanguine on inflation.

In the US, at the virtual Jackson Hole meeting, Jerome Powell, Chair of the US Federal Reserve (Fed) moved off the fence, saying that ‘it could be appropriate to begin tapering this year’. He still believes inflation is transitory but the Fed will keep a close eye as to whether it becomes more entrenched in consumer expectations. Meanwhile, the spread of the Delta variant and inflation concerns saw consumer confidence dip in August. US jobs data for August missed expectations but reflected weakness in the hospitality and leisure sectors giving credence to the theory that it was the Delta variant that was the reason for the miss and that as Delta eases then these jobs will be created. A case of growth deferred rather than lost? US wage growth is continuing to pick-up, running currently at 4.3%. Markets are still expecting the Fed to commence tapering QE in the fourth quarter of 2021, although following the latest jobs data might a decision be delayed from the September meeting until the next one in early November?

In Japan, Yoshihide Suga the Japanese PM resigned over his handling of the pandemic. Japanese equities responded positively to the news presumably in hope of even more QE stimulus!

Chinese factory activity contracted in August for the first time since April 2020 as fresh Covid-19 outbreaks disrupted production. Disturbingly, the PMI business activity indicator dropped to 49.2 – breaching the 50 level that marks the difference between growth and contraction. Meanwhile, China announced more regulation for its technology sector with children’s online gaming time to be cut to just three hours a week during term time.

Brent oil edged up to $71 as Hurricane Ida devastated parts of Louisiana. Oil prices were also supported by comments from OPEC+ that has forecast that the global oil market ‘will become increasingly tight this year’.

Finally, talking of a defence spending fiasco – the Taliban are estimated to have seized some £62bn of US military equipment following the American exit from Afghanistan. Taliban fighters are now armed with M4, M16 and M24 sniper rifles, night vision goggles and body armour as well as the latest state- of- the- art communications systems. ‘All the gear and no idea?’ -sadly not and the Taliban have gone from a rag-tag guerrilla force to a highly professional , impressively equipped  army at the expense of western taxpayers!