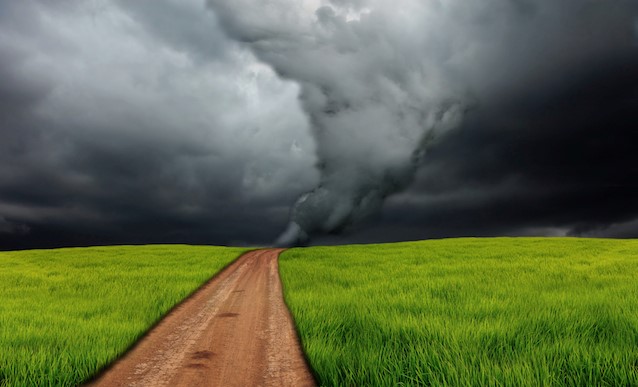 Members of the public are to be given the opportunity to name wind storms affecting the UK and Ireland. It is hoped that naming storms will help raise awareness of severe weather conditions and ensure people protect themselves and their property before it strikes. This could be particularly the case this winter given the El Nino effect is thought to be the worse since 1997-98, when Britain was battered by strong gales. According to the Met Office the El Nino climate event could actually be one of the strongest since the 1950’s and could be an early indication of a harsh winter.

Which got us thinking. We, as a nation seem to spend a lot of time talking, or rather complaining about the weather. However, adverse weather can have a material impact on financial markets, as well as being sometimes used as an excuse by some management teams to explain falling short of market expectations. For example we now know that the unseasonal weather in August affected clothing sales. In the past, El Nino weather events have produced very cold weather. Snow and ice can disrupt commuters, business logistics and retail footfall. The good news is energy costs have fallen, so lowering the cost of energy, which should help cushion fuel bills if it proves to be very cold. However, given the UK’s power generation supply system is already close to breaking point, let’s hope we don’t get a big freeze this winter. Furthermore, if local councils haven’t ordered sufficient road salt supplies they can’t say they weren’t warned.

Talking of storms brewing, Volkswagen would appear to be facing a series of hurricanes in what has been described as the LIBOR scandal of the car industry. It faces a potential bill of up to $18bn in the USA alone, as well as class-actions from emission test violations for its cars fitted with ‘defeat devices’. VW had only recently overtaken Toyota to become the world’s top-selling manufacturer. The scandal could involve 11 million vehicles worldwide and investigations look likely to develop in other countries. This has hit the share price of VW very hard, but has also spilled over to most other car makers on investigation contagion fears. Auto component manufacturers, were in turn affected, as this will no doubt have ramifications for demand and production of diesel cars along with the global diesel component supply chain. On the other hand, car sales have been strong with lower petrol prices and if VW or diesel engines sales fall, other manufacturers will no doubt benefit.

Elsewhere, there have been some frightening numbers which reflect just how stormy global economic conditions have become. Brazil has seen the Real fall to an all- time low against the US Dollar, with a decline of 33% so far this year. This may help Brazilian mining exporters but for anyone selling goods into Brazil this is a significant headwind. Global industrial bell weather JCB said that trading has deteriorated rapidly in recent weeks with Russia down 70%, albeit with sanctions, Brazil down by 36% and China by 47%. No wonder the UK appears to be a relative safe haven, although before we get carried away, demand in the latest Government Gilt auction dropped to a six year low.

Another factor which explains recent market weakness is the news that Saudi Arabia has withdrawn an estimated $50bn-$70bn from global asset managers. This marks a switch in investment strategy linked to the fall in the oil price. Foreign reserves are believed to have dropped by over $70bn since the oil price collapse and the Saudi kingdom needs to keep spending to sustain the economy while funding the military campaign in Yemen.

In the UK, housing activity shows no signs of abating with mortgage approvals up in August, for the eighth successive month. Mortgage approvals at almost £13bn are the highest monthly total for more than years. Forecasts of the first rate hike by the BoE have been pushed back further into 2016.

In the USA, attention has been focused on US interest rate policy and comments from Janet Yellen which has overshadowed another looming issue. Another US government shutdown is possible given the US fiscal year ends on 30th September. Budget authority effectively runs out on this date unless some sort of stop-gap measure can be agreed.

However, following the resignation of Republican speaker John Boehner, it is likely that the political brinkmanship that marred previous negotiations will not be a feature. The last federal shutdown happened in October 2013 and created considerably volatility in financial markets. Perhaps this may be another factor why the US has not moved interest rates? However, speaking at the end of last week, Janet Yellen appeared keen to remind investors that those inferring a Fed rate rise this year is now off the table are misguided. Despite global conditions, it appears that the position of the US economy is no longer consistent with zero rates. Indeed, US economic growth for Q2 has been revised upwards from 3.7% to 3.9%.

A leading US research house cut its global growth forecasts for 2015 to 2.6% and for 2016 to 3.1%, but suggested that if adjustment was made for overly optimistic official Chinese GDP data that growth in 2016 could be nearer 2.5%. This suggests the global economy is likely to remain in its fifth year of sub-trend recovery. With emerging market economic growth at the weakest level since the 1990’s and weaker recovery in developed economies they expect the US Fed and UK BoE to continue to postpone tightening monetary policy and the European ECB, Japanese BoJ and Chinese PBoC to undertake further supportive monetary easing measures.

In Europe, according to a preliminary survey, economic growth slowed slightly in September but the third quarter was still the best rate of growth in almost four years. However, ECB President Mario Draghi suggested no urgency to consider a possible extension of the asset purchase programme. However, one risk looming on the horizon remains political uncertainty. In Spain, the Catalan election which had turned into a vote on independence gained 48% for the pro-secessionists, just short of a full mandate. The Spanish general election is due to be held before the end of 2015.

In Japan, falling export orders dragged down September’s manufacturing activity. The BoJ’s apparent confidence in its policy measures may be called into question after August CPI data showed Japan drifting back into deflation.

In a theme which has much further to run, the Asian Development Bank trimmed its growth forecast for the region’s emerging economies, while Taiwan’s exports declined for a fifth month in a row. Chinese factory activity contracted at the fastest pace for over six years in September according to a preliminary survey.

Finally, with all the global stock market turmoil and concerns about China at least we have the Rugby World Cup to take our mind off things. Compared to many parts of the world, UK consumers appear to be on good form which is good for the leisure sector, particularly, pubs and restaurants. UK pubs are also getting a ‘billy bonus’, from the Rugby World Cup as some 2.5 million people are expected to watch at least one game in the pub. The event is expected to generate the sale of an extra 25 million pints. However, it’s not all sunshine for the pub sector which has to contend with cost inflation over the next few years from the minimum living wage. However, many pub landlords and England fans are probably still stunned after Saturday’s outcome and will have to go through the emotional wringer all over again next Saturday when they play Australia!