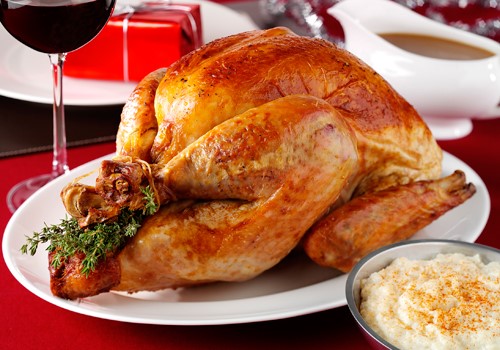 Last week, Turkey’s ruling Justice and Development Party (AKP) failed to win a majority in the parliamentary election. This in turn led to considerable volatility in the Turkish stock market. Turkey faces the same challenge as many other emerging markets that as its economy slows, the central bank cannot cut rates to help boost growth and may even have to raise them to protect the currency. To put this in context, the Turkish Lira/Sterling exchange rate has weakened by nearly 50% over the last two years. Great news if you are planning to go on holiday to Turkey but not so good for foreign investors with assets in Turkey, or for Turkey itself which will see the cost of servicing overseas debt increase.

Which got us thinking about emerging markets. The World Bank has warned that developing countries are facing a structural slowdown which is likely to last years, ceding the role of global growth engines to more mature economies. The biggest turnaround in fortunes has been seen in Brazil which will drag Latin America back to growth of just 0.4% this year.

It is hardly surprising therefore that the MSCI Emerging Markets Index has recently suffered its longest losing streak since 1990. The Turkish election outcome will not have helped, neither has the situation in Greece, or volatility in the oil price and other commodities. The stronger US Dollar has also been a key factor and many emerging economies will no doubt be watching the US Fed and US interest rate policy with concern. Let’s hope more emerging markets don’t end up the same way as turkeys at Christmas!

Talking of stuffed, there was no agreement on Greece, over the weekend with talks breaking down after just 45 minutes.

Judging by press commentary, Germany and a number of other European leaders appear to be losing patience with Greece. Global equity markets have continued to drift, given the lack of progress in Greece, European bond volatility and the prospect of rising interest rates in the USA. Global asset allocators have felt no urgency to switch cash into equities given the current uncertainty. The UK has not been helped by S&P warning that the UK’s AAA rating may be at risk from ‘Brexit’. In addition, the SNP has threatened a fresh vote on union unless, more powers are devolved.

Initial optimism that Greece and its creditors were making progress evaporated when it emerged that the IMF delegation had broken off talks and returned to the USA, due to ongoing major issues with the Greek negotiators. Eleventh hour talks collapsed over the weekend. If no deal is agreed when Eurozone ministers meet this Thursday, then Eurozone parliaments will not have enough time to pass the necessary legislation for Greece to access bail-out funds to make the payments due on June 30th and July 20th. The stumbling block still appears to be the Greek’s inability to satisfy creditor demands for action on tackling pensions and taxation.

European bond markets remained volatile with German bond yields again moving above the 1% level last week. At the same time Eurozone inflation expectations as measured by the five year index linked bonds break even rate hit a three week high. A member of the ECB’s governing council said ‘there’s some volatility here but we see no need to take any steps or react about this’.

US retail sales picked up nicely in May which, together with the recent strong jobs data suggest the USA is heading towards stronger GDP growth in H2. However, if this is the case then it may also increase the chance of an interest rate hike by the Fed in Q3. US bond yields have been rising on the back of this economic data and in anticipation of possible moves by the Fed. This is beginning to be reflected in the US housing market where a 30 year fixed mortgage is almost 4.2%, the highest level since late 2014. The FOMC meeting this Wednesday will be watched very closely.

The Japanese Yen which recently hit a thirteen year low against the US Dollar rallied after comments from the governor of the BoJ. Mr Kuroda said that the ‘yen’s real effective exchange rate had fallen by 30% since the introduction of Abenomic policies, its lowest level since the 1970’s’. This suggests that the yen is unlikely to fall further on a real effective rate basis.

Chinese inflation came in below expectation mainly due to lower pork prices. Industrial production increased in line with expectation in May although business investment was weaker than expected. Following last week’s disappointing import data there is likely to be a push for further fiscal policy stimulus. In the meantime, the MSCI decision on Chinese ‘A’ shares being included in the emerging market index has been postponed

Oil initially moved better as the IEA forecast that US shale production would drop slightly in July. Saudi Arabia also stepped up output in response to stronger demand. However, the Texas Railroad Commission which regulates the US oil industry is pushing US congress to end restrictions on crude oil exports. The chairperson of the US Senate Committee on Energy and Natural Resources has also argued for allowing exports to support US allies who might want to diversify away from Russia, Iran and other problematic sources. Other significant news to come out of last week’s OPEC meeting was that Tehran is targeting a large boost in crude output, if the nuclear accord sees the West’s sanctions lifted. The oil price reversed however after the IEA said that it expected global oil supply to outstrip demand in 2015, suggesting that the market will take longer to adjust.

First it was SARS, then the deadly Ebola virus and now we have MERS to worry about. Middle East Respiratory Syndrome is suspected to have come from camels and is thought to be more deadly than SARS. The virus had thought to have been contained in the Gulf region but appears to have been brought to South Korea by a business man returning from Saudi Arabia. South Korea ‘s central bank has cut interest rates to a record low in an attempt to stem the economic fallout from the outbreak that has so far killed 10 people.

Finally, it appears there is always something for investors to worry about, what with Greece, US interest rates, Chinese equity valuations, bond volatility and some struggling emerging economies. Bond markets have historically been better than equities at predicting crises. Nevertheless, equity markets still tend to be pretty good at factoring in potentially bad news and it tends to be the totally unexpected, such as the Ebola virus outbreak that provide the greater short term shocks. Usually market pull backs can be an opportunity for longer term investors to pick up good quality growth companies at more attractive valuations.