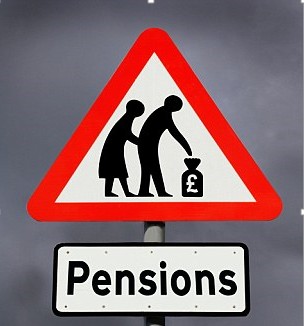 Good news! The ONS has recently announced we are living longer. A new born baby boy could expect to live to over 79 years and a new born baby girl almost 83 years.

Which got us thinking. We consider long term global demographic trends as these can sometimes create challenges and opportunities when investing. For example, an ageing population can create opportunities for medical device and pharmaceutical companies but can place a burden on a country’s financial resources. China is currently in the spotlight and besides other issues, has to contend with longer term demographic issues arising from its historic family planning policy.

In the UK, if we all live longer then this will create challenges and opportunities. The ‘grey pound’ will become more significant for consumer and leisure businesses, but equally an ageing population will create issues in housing and social care. For example, care homes are already concerned about the impact of the new national minimum wage and shortage of nursing staff due to immigration rules.

The bad news about living longer, from a financial point of view, is that everyone is going to need a bigger pension pot. The younger generation will need to start saving rather than spending, if they intend to live comfortably in retirement. Is this a realistic expectation?

As Megan Trainor sings ‘It’s all about the base’…. metals. Global miners were sold off yet again as the copper price hit a six year low following data that showed earnings by industrial companies in China, which accounts for 45% of world copper consumption had dropped by almost 9% from a year earlier. Markets remained volatile as investors continued to fret about the health of the global economy. The UK equity market bounced strongly mid-week but this partly reflected the closing of positions in the most heavily shorted cyclical companies by hedge funds on the last day of the third quarter.

Positive reaction to healthy consumer data from the USA, UK and the Eurozone continues to be countered by weak industrial output data. The World Trade Organisation downgraded its forecast for global trade growth from 3.3% to 2.8% but warned that if emerging markets deteriorate that this could still prove overly optimistic. Another worrying development in emerging economies following the Chinese devaluation is the global steel industry. Mexico has announced new six month levies to protect its steel industry from a flood of low priced imports from China. What the world does not need now besides a potential currency war is global trade barriers being raised.

On the political front there appeared to be a glimmer of hope with signs of a weapons withdrawal agreement in East Ukraine. Unfortunately, at the same time Russia unleashed air attacks on Syria which is not going to thaw relations with Europe or the USA.

In the UK, the BoE report for August showed the biggest net increase in mortgage lending since mid-2008 taking house prices and lending back to pre-crisis levels. Elsewhere, a report suggested that the takeaway food sector in the UK is worth more than £9bn a year with the average person spending £11 a week, making it bigger than health and beauty. Real household disposable income per head, which is a measure of the standard of living, was estimated to have risen by 1.5% in Q2.

Europe dipped back into modest deflation in September, the first time in six months, due to lower oil prices. Core inflation, stripping out energy and food prices was up by 0.9%. A leading Greek industrialist confirmed what many others already know. Greece still faces a real danger of Grexit with non-performing loans remaining the biggest challenge as many businesses need re-financing or could face closure.

In the USA, consumer spending continued to rise in line with expectation during August while the measure of consumer confidence for September hit the hit the highest level since January. Core inflation edged up slightly to 1.3%. US jobs data came in below expectation while hourly wage growth remained flat. While we’re surely not far away from the first interest rate hike in seven years, it looks as if USA and global economic data will need to improve if it’s to happen in 2015. Indeed, some market expectations of the timing of the first interest rate hike have drifted out to the end of Q1 2016. The potential US government shutdown was avoided as Congress voted to avert it just hours before the deadline.

In Asia, the Reserve Bank of India cut its interest rate by 50bps to 6.75%. This was a bigger cut than expected. Elsewhere, borrowing costs for emerging market countries climbed above levels seen during the 2013 ‘taper tantrum’ on fears over deteriorating economic prospects. The World Bank and IMF hold their annual meeting this week and minds will no doubt be focused on emerging market corporate debt which is estimated to have grown from $4000bn in 2004, to $18,000bn in 2014. The IMF estimates that emerging market liabilities are now twice the size of their equity compared to four years ago. No wonder the central banks and markets are worried about when the US Fed starts to raise interest rates. Emerging markets will also suffer a net outflow of capital this year for the first time since the 1980’s.

China’s early estimates of manufacturing activity for September were broadly in line with expectations and consistent with an economic ‘soft landing’.

Japanese equities suffered a reverse, wiping out their 2015 gains, over concerns about the slowing Chinese economy and an uncertain Japanese economic policy outlook. Factory output fell unexpectedly in August, the second straight decline, raising the prospect of a second quarter of negative growth which would mean Japan is on the verge of technical recession.

A leading oil research house suggested that a fragile global economy threatens the progress of rebalancing an oversupplied oil market. It appears that cuts in US shale oil and non-OPEC production is happening more slowly than expected. Brent oil remained around $49.

Finally, having mentioned the positive outlook for UK consumer spending we would point out that from today we are now all £100m worse off. This is because retailers with more than 250 employees will start charging 5p for each plastic carrier bag used on which VAT of 20% or 1p will also be levied. Never mind, as the T-shirt says ‘Keep calm and carry on shopping’. Let’s hope that American and Chinese consumers also keep calm and carry on shopping. In the USA, September car sales suggest that US buyers have not been put off buying a new car, but are just not that keen on buying a VW!