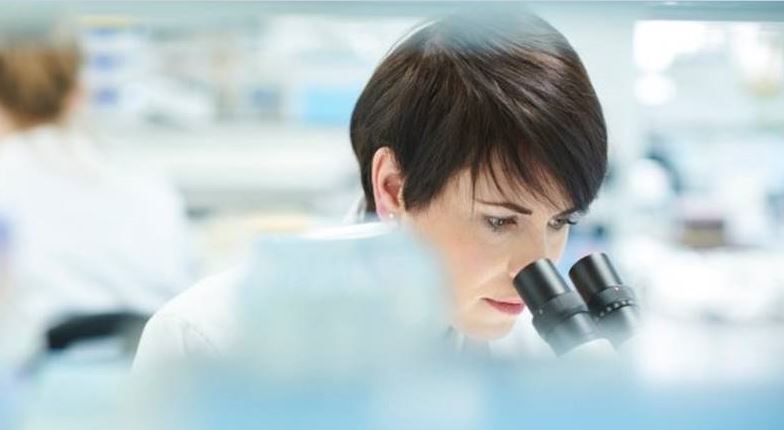 Scientists appear to be making significant strides in their fight against Covid-19.  According to reports more than 100 groups around the world are currently working on vaccines and 18 are now being tested on people in clinical evaluation trials.

Last week, the preliminary results of a clinical trial by UK company Synairgen suggested a new treatment dramatically reduces the number of patients needing intensive care. Synairgen uses a protein called interferon beta which the body produces when it gets a viral infection. The protein is inhaled directly into the lungs of the patient, using a nebuliser to stimulate an immune response. The company carried out a phase II trial of 101 volunteers and initial findings suggest it cut the odds of a Covid-19 patient in hospital requiring a ventilator by 79%.

Unfortunately, generating an immune system response doesn’t directly equate to a vaccine that will provide immunity from Covid-19. Only a broader phase-3 trial, which involves giving a larger number of people the vaccine and tracking if they get the disease, will shed light on this. This, is normally  time consuming, but will no doubt be a priority.

AstraZeneca reported encouraging interim results from its phase I vaccine trial which showed a four-fold increase in antibodies fighting SARS-CoV-2, the virus strain which causes Covid-19. UK media suggested a vaccine could be available by Christmas.

Meanwhile, cyber security services in the UK, US and Canada have accused Russian intelligence services of attempting to hack into and steal Covid-19 vaccine research.

Perhaps the progress made by UK scientists in developing a vaccine is a reminder of why we live in ‘Great Britain’. After the recent Huawei/5G debacle let’s hope the government recognises the importance of research and development to the long-term growth of the UK economy.

US Dollar weakness appears to be developing as a new theme as US long-term real yields hit new historic lows following a further deterioration in relations between the US and China and delayed US fiscal support. While there have been some positive vaccine developments, markets have been unnerved as Covid-19 doesn’t appear to be going away in a hurry as reflected in the surge in new cases in Spain and the sudden introduction of self-isolation measures for tourists imposed by the UK government over the weekend.

The number of global Covid-19 cases continues to grow and some countries that have eased lockdown measures are starting to see new clusters emerge. China has reported its highest number of new cases in three months, part of a worrying increase in second and third wave infections that are hitting Asia and Europe. Australia has seen its deadliest surge since the start of the pandemic, while Hong Kong is experiencing record daily cases. In Europe, Spain’s cases have trebled in the last two weeks. France has made face masks compulsory in all enclosed public spaces after its health minister warned the country had between ‘400 and 500 active clusters’ while Belgium has experienced a surge in cases.

US President Donald Trump acknowledged the pandemic ‘will get worse before it gets better’ and noted the ‘concerning’ rise in cases in a number of states, notably Florida, Texas and California. The virus has ravaged parts of Latin America and the WHO is concerned that a surge in cases in South Africa could be the precursor for outbreaks across the African continent. Meanwhile, in India a government survey has found that over 23% of some 21,000 people tested that just over 23% had developed anti-bodies suggesting that a large number of infected persons are asymptomatic. Delhi has so far recorded 123,747 cases out of a population of over 19.8million – less than 1%.

Nonetheless, markets continue to look ahead into 2021 and V-shaped economic recovery supported by positive vaccine news while the structural shift to the internet together with the US earnings season saw the US NASDAQ technology index touch another new all-time high.

Geo-political tensions continue with Russia and China in the spotlight. China warned the UK will ‘bear the consequences’ of suspending its extradition treaty with Hong Kong as US Secretary of State Mike Pompeo met with PM Boris Johnson. Meanwhile, in the US, China was ordered to close its Houston Consulate within 72-hours to ‘protect American intellectual property’. In turn, China closed the US embassy in Chengdu. The US justice department has also accused China of sponsoring hackers targeting labs developing Covid-19 vaccines. President Trump has already lowered hopes of a phase-two trade deal with China. Meanwhile, Russia has risked triggering a space war by test-firing an anti-satellite weapon in space.

The UK and EU resumed Brexit trade term talks which have been extended until October in a bid to break the deadlock. The EU’s chief negotiator Michel Barnier warned that the lack of progress meant a deal was now becoming ‘unlikely’ while the UK’s chief negotiator David Frost also struck a cautious tone saying ‘considerable gaps remain in the most difficult areas’.

The UK government borrowed a record £128bn between April and June in tackling the Covid-19 pandemic reflecting lower tax revenue and the cost of the furlough scheme. The director of the Institute for Fiscal studies said that this is ’the most we would ever have borrowed over a quarter’.

After four days of tortuous talks and fierce intransigence by the Netherlands, EU leaders approved a landmark €750bn stimulus package to address the aftershocks of the Covid-19 crisis. Some €390bn of this will be provided for those member states hardest hit by the virus and within this €209bn allocated for Italy which suffered one of the worst outbreaks in Europe.

In the US, Senate Majority leader Mitch McConnel said that Congress is unlikely to pass a new financial stimulus bill before the start of the summer break. However, US Treasury Secretary Steve Mnuchin said the White House will finally introduce their proposal for a new stimulus bill this week.

Japanese business activity contracted further in July suggesting the country is lagging behind others given the current global PMI activity indicator.

Brent oil edged up to a four-month high of $44 on hopes of economic recovery and despite increased US and China tensions.

Finally, yet another example of the economic pain wrought by Covid-19. Beefeaters guarding the Tower of London are facing redundancies as part of cost savings measures as visitors account for 80% of Historic Royal Palaces Income. Fewer than 1,000 people are currently visiting the site compared to 12,000 previously.

Read Last Week’s Alpha Bites – Love is in the Hair