The Battle of Heathrow 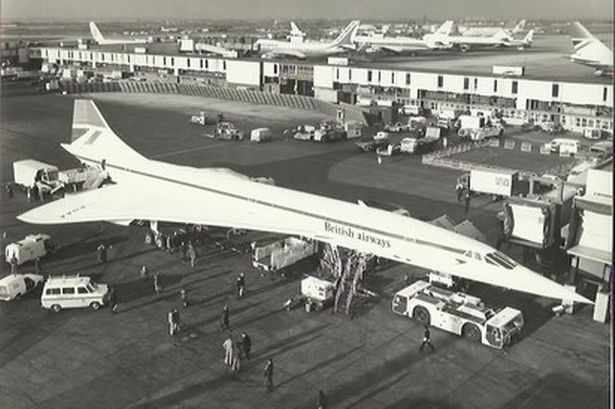 As an island nation, the United Kingdom remains highly dependent on the free movement of goods. The Battle of the Atlantic was the longest continuous military campaign of World War II. The Axis powers sought to gain a strategic advantage by strangling Britain’s supplies. Over seventy years after the end of the War, air travel has transformed the ‘free’ movement of goods or cargo. Globalisation of goods and services means more than half of the food consumed in the UK comes from overseas. Whilst the debate over the proposed Heathrow expansion is likely to rumble on for years and be particularly contentious, it is worth noting it has become the UK’s busiest port by value – greater than Felixstowe and Southampton combined. Air transport provides us with a vital international hub and connects us with the Global economy.

Food deflation and competition for the ‘big four’ supermarkets from the discounters Aldi and Lidl as well as new online entrants such as Amazon, have tended to keep food prices low. However, Sterling has weakened significantly following the EU referendum and will inevitably increase inflationary pressures. This has been highlighted by the recent ‘Marmite Gate‘ affair between Unilever and Tesco. Indeed, according to The Grocer magazine, Morrison has recently increased the price of Marmite by 12%!

The UK’s reliance on imported oil products has also reached its highest level in over thirty years. Add to this the white goods and electrical equipment we source from overseas and no wonder economists are now expecting UK inflation to move above 3% during the course of next year.

Whilst much attention has been focussed on the UK signing up to global trade agreements, it would seem to make sense for us to invest in our own infrastructure.

Halloween is traditionally a scary time. Is there anything to currently spook investors? It seems investors always have something to worry about and currently both the US election and the forthcoming Brexit process in 2017 are two key issues, while there is also the rise in global bond yields to consider.

UK gilt yields have risen, but so have US treasuries and German bund yields. Central banks appear to remain supportive. But some fixed interest investors are questioning the willingness of the Bank of England, European Central Bank and Bank of Japan to maintain their unconventional monetary policies. In addition, the US Fed might still increase interest rates before the end of 2016 particularly as Q3 GDP growth came in ahead of expectations. Markets are also detecting a possible shift from central bank monetary stimulus to fiscal support particularly in the UK, USA and Japan with a step up in government infrastructure investment. The correction in bond prices also reflects higher inflation expectations.

Multi-national companies are estimated to be sitting on $7 trillion of cash and relatively unleveraged balance sheets and clearly some have intentions to make use of these resources despite some of the above uncertainties. We have already started to see some mega- mergers announced in the USA, such as AT&T/Time Warner, and BATS/Reynolds. Last week, Qualcomm, the world’s largest mobile chip company announced it was buying Europe’s largest chipmaker NXP for $47bn. This appears to be driven by positive long-term trends in the car market with the greater demand for wireless connectivity and driverless controls. The AT&T deal is about long-term demand for on-line programme and film content, while BATS is partly about the consumer shift away from tobacco to next generation products.

Once the US election is out the way, will US companies, like tourists, take advantage of the near 20% fall in Sterling against the Dollar since June and come on a shopping spree to the UK, for businesses with attractive long-term growth potential?

Elsewhere in the news, European trade policy was initially thrown into disarray after Belgium’s government could not overcome objections in a regional parliament to the EU- Canada trade deal. This is because Wallonia, the small socialist Belgian region, initially rejected the EU-Canada Comprehensive Economic and Trade Agreement (CETA) which has taken the EU seven years to negotiate with Canada. Wallonia with just 3.6m people, represents less than 1% of the EU’s population yet was able to block the potential CETA deal. However, there has been an eleventh hour rescue agreement over the weekend, but it still requires the approval of all the national parliaments in order to be fully ratified. Theresa May will no doubt be watching this with interest given the ramifications for the formal Brexit process when Article 50 is triggered next year.

In currency markets, Sterling, touched its lowest level against the US Dollar since the ‘flash crash’ on October 7th. This appeared to be more about the strength of the US Dollar against a basket of currencies which, hit its highest level since February. The Euro also hit an eight-month low against the US Dollar. It is becoming less likely that the Bank of England will need to take further action at its next monetary policy meeting later this week. This is being reflected in the bond market with the 10- year gilt yield hitting a new post Brexit vote high of 1.25% last week. This is quite a rise from the low of around 0.52%!

In the UK, rumours that Mark Carney may announce his intention to stand down appear to have been misplaced according to the FT. The Governor of the Bank of England is reported to be ready to serve a full eight- year term. The earlier rumour may have added to the political uncertainty facing Sterling. Elsewhere, the Autumn Statement could be axed after new Chancellor Phillip Hammond told colleagues that he wants to move away from ‘gimmicks’ and micromanagement. Instead, it would in future be replaced by a straight forward fiscal forecast.

The UK economy grew by 0.5% in Q3 with the chief ONS economist saying ‘there is little evidence of a pronounced effect in the immediate aftermath of the EU referendum vote’. However, growth remained unbalanced with the services sector expanding but production and construction struggling. Mortgage lending by the UK’s big banks recovered from a 19-month low in September, suggesting that housing market sentiment remains broadly stable in the face of Brexit concerns.

The new Government ‘pushed the button’ on the planned third runway at Heathrow at an estimated cost of £17.5bn although due to the planning process, the five-year construction project is unlikely to commence until about 2020. However, Boris Johnson has predicted it was ‘very likely’ that the expansion would never happen. In a further twist, Conservative MP Zac Goldsmith resigned to force a by-election in his constituency which is directly on Heathrow’s flight path.

Nissan confirmed it will build the new Qashqai and X-Trail SUV at is Sunderland plant in the first major development for the car industry since the Brexit vote. The investment is being made following assurances from the UK government to seek tariff-free access to the EU for the UK’s car manufacturing industry.

In another sign of potential cost pressures following Sterling’s fall, US computer giant Microsoft has said that the price of its Azure cloud computing service in the UK could go up in price by 20% in January. The cloud software is used by government departments such as the Ministry of Defence as well as the NHS. Meanwhile, Apple has increased the prices of its laptops and desktop computers in the UK.

In Europe, ‘flash’ manufacturing and services activity indicators for October revealed the fastest growth rate since 2016 driven by a solid recovery in Germany although in France the pace of expansion moderated. Growth in company order books and recruitment picked up while prices charged saw the biggest increase in five years.

In the USA, the possibility of an interest rate hike in December may have increased after Q3 GDP growth came in at 2.9% and well ahead of expectations of 2.5%. The US election took yet another twist with the fresh FBI decision to re-open the investigation into Hilary Clinton’s private email use. Clinton’s campaign team have been fairly robust in response and have effectively told the FBI to immediately put the details of the allegations out in the open. The latest polls, for what they are worth show Trump having closed the gap on Clinton.

In Japan, the Bank of Japan’s targets look a long way from being achieved with core inflation of -0.5% in September and household spending declining by 2%.

The Brent oil price retreated to around $50 after OPEC disappointed markets by failing to reach an agreement over production cut quotas. Press rumours suggested that Iraq and Iran had disputed the data being used to estimate production levels. Non-OPEC countries also met over the weekend and did not reach agreement on production quotas.

Finally, it could only happen at Halloween. A Bristol couple driving their new car home on the M5 discovered a 5-foot long corn snake in the car when their pet dog became distressed.