The Great Fall of China 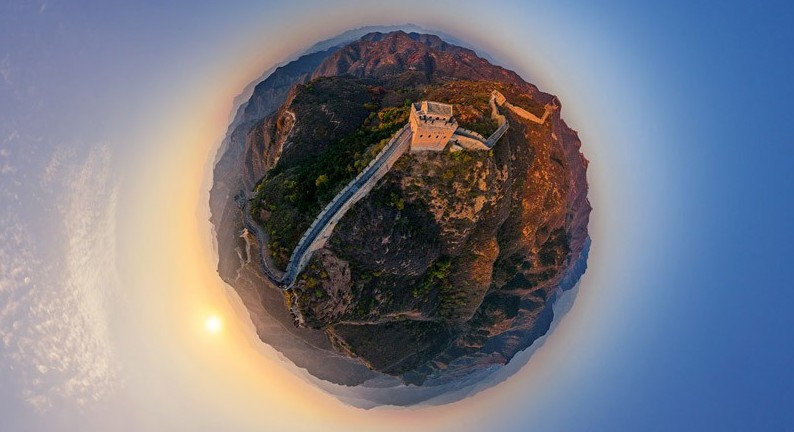 The Great Wall of China actually comprises many different walls built over successive periods by the Chinese to control the migration of marauding hordes of invaders. Which got us thinking.

It appears, many centuries later, that once again that the Chinese authorities have attempted to control something unsuccessfully, but this time it is the equity market. However, the somewhat ‘ham-fisted’ approach has not had the desired effect. Last Monday, China’s equity market collapsed 8.5%, spooking global investors and dropped a further 7.6% on Tuesday leading to press headlines of ‘The Great Fall of China’. Global fund managers have long understood that Chinese equity valuations had reached stratospheric levels and that a long overdue correction was inevitable while political reforms would slow economic growth. You only need to look beneath the ‘official data’ to realise that economic GDP data assumptions have been too optimistic. Chinese electricity consumption has been flat since mid- 2014 after five years of 10% growth per annum while Chinese rail freight volumes have fallen since 2013.

Most investors headed off on holiday expecting the usual summer volatility in thin volumes. So why the apparent mass panic of last week which saw the Dow Index in the USA lose over a thousand points in about five minutes?

Rather than try to control the equity market, the Chinese authorities should perhaps have focused on the economy through further monetary stimulus. The fact that the Chinese authorities did nothing is what appeared to spook global investors. Let’s not forget the world economy is still on heroin from central banks while the UK and USA are only just about to go ‘cold turkey’.

After two days of falling share prices the PBoC took action, cutting its main interest rate by 0.25% to 4.6%. The level of panic by Chinese authorities to control the market is also reflected in the subsequent announcement to allow local pension funds with some £200bn of assets to start investing in the equity market ‘as soon as possible’.

The real challenge is whether the Chinese authorities can secure a shift from an investment led economy to a consumption led one. In the meantime, there is talk in the financial press that the Chinese PM Li Keqiang could be in a precarious position and take the fall for the mismanagement of the stock market crash that has shaken the ruling communist party.

China is estimated to be about 15% of global GDP and 25% of global GDP growth so signs of slowdown have already adversely impacted a range of commodities from copper to oil but could still cause much more pain particularly to Asian trading partners as their main export market stalls. Global miners and oil companies have had to react to falling commodity prices by conserving cash which has in turn hit their suppliers leading to a chain reaction of pain.

However, perhaps it is the timing of the slowdown in China and the currency devaluation which is of concern and led to a global equity crash. This comes at a time when the US Federal Reserve is seeking to commence tightening monetary policy. This is already creating massive pain for many emerging economies whose fortunes are also linked to China and commodities. However one of the members of the US Fed which has been pushing for an interest rate increase has said the case is ‘less compelling’. This has reassured some investors that the Fed is unlikely to add further to market volatility with a September move but we await the latest US jobs data. In Europe the ECB’s Chief economist said the ECB have the ‘willingness and ability to act if needed’.

History tells us that it is only once interest rates rise that we actually see what the ramifications are going to be. We see the crash in equity markets as a major correction rather than something more sinister. There has been a re-calibration of risk and reward in developed markets such as the USA and UK, although we suspect this process still has some way to go in China and expect further volatility.

Against this background we have primarily focused on cash rich or strongly cash generative companies which are better placed in an environment of rising interest rates. The market correction has presented some very mouth-watering yields but some of these dividends may not necessarily be secure. We have sought to invest in companies with secure dividend income streams which can continue to grow.

We have also progressively lowered our exposure to Chinese commodity related businesses in oil and mining as well as their suppliers in oil services and engineering. In addition, we have focused on UK consumer facing businesses which should benefit from a healthy housing market, improving employment and lower petrol prices. Within the UK we have generally reduced our exposure to central London property which has been pushed to new highs by foreign buyers including Russians and Chinese and focused on UK regional property which is still in the early phase of recovery.

One thing that is clear from the ‘Great Fall of China’ is that global markets remain heavily dependent upon central bank support when global growth prospects are still fragile. The US Fed and UK BoE may well delay implementing tighter monetary policy from 2015 into 2016 but the intent is clearly there and when both start ‘cold turkey’ we can expect further market volatility.

In the UK, consumer confidence rose to match a 15 year high. In addition, the number of home owners re-mortgaging surged in July to its highest level in four years. Borrowers took advantage of competitive deals ahead of an expected interest rate increase by the BoE although this may be delayed given recent global stock market turmoil. Meanwhile the BoE will shortly see the first tranche of the £375bn of bonds purchased under its QE programme mature. Some £17bn matures in September and presumably a new home will have to be found for the proceeds suggesting a further QE effect if re-invested into the UK gilt market.

In Europe, the German business activity index exceeded forecasts suggesting quarterly GDP growth of about 0.4% for Q3, in line with that of Q2. The ECB’s Chief Economist said the Eurozone inflation outlook had deteriorated but suggested that the ECB have the willingness and ability to act.

In the USA, the consumer confidence index hit a seven month high supported by improving job sentiment. NY President Dudley who had previously been pushing for an interest rate hike said the case was ‘less compelling’ due to the risks from Chinese turmoil. However, US Q2 GDP was revised up from 2.3% to 3.7% and in addition US durable goods numbers exceeded expectations.

In China, the PBoC provided a clear statement of intent by cutting its key policy rates. The lending rate was cut by 25bps to 4.6% and the deposit rate by 0.25% to 1.75%. A further loosening of Chinese monetary policy, in tandem with further steps to weaken the currency seem likely ahead of the 5th Plenary of the Central Committee in mid- October.

Brazil moved into recession officially as the economy shrank by 1.9% in Q2.

Oil rallied a staggering 25% in three days on talk of a possible OPEC meeting. Brent oil however has only recovered to the level seen at the start of August.

It’s at times like these that we are reminded of Rudyard Kipling’s ‘If you can keep your head when all about are losing theirs.’ As always there are plenty of things for investors to worry about but US interest rates and its effect on emerging markets and China’s slowdown together with its impact on its Asian neighbours will keep minds focused.

Finally, a reminder of how important China is to the world’s economy. Did you that know China has used more concrete in the last three years than the USA in the entire twentieth century? What have they been doing? Building another Great Wall?