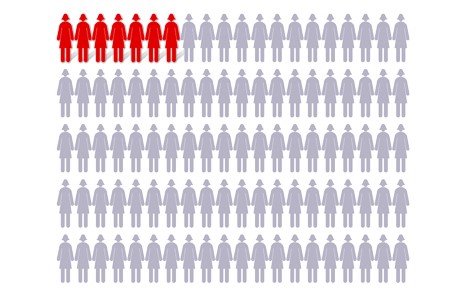 No, not Yul Brynner or Steve McQueen, but Emma Walmsley and Alison Cooper. The FTSE 100 now has seven companies with a female chief executive officer (CEO). The seven companies are EasyJet, Imperial Brands, Royal Mail, Severn Trent, Kingfisher, Whitbread and GlaxoSmithKline. However, four of these are relatively recent appointments since 2014. Furthermore, women CEOs are represented in just five of the top 10 FTSE 100 sectors.

In a global sense, the UK has been noteworthy for the progress made to promote women into leadership roles and has prioritised equality for women. In 2011, there were 152 all-male boards in the FTSE 350, now there are just 11. However, there is still more to be done. After a previous campaign failed to achieve the desired level within the deadline, the Government has set a new objective to achieve 33% female representation on company boards as either chief executive, finance director, or non-executive director by 2020.

The latest CEO, Emma Walmsley, joins an elite club, but hopefully not an elitist one.

Global political and military tensions continued to focus attention. What are Donald Trump’s real intentions towards North Korea and Syria? Asian investors have become more uneasy about the escalation in military tension between North Korea and the USA, with the former threatening nuclear war. This has fed through to other markets given the global supply chain and wider risks in the event of military action by either party.  China does appear to be taking action to reign in its neighbour. According to the BBC, China has banned imports of North Korean coal in the wake of missile tests and was reported to have turned away North Korean coal ships from Chinese ports.

There is also rising tension in the West with the sudden breakdown in relations with Russia over Syria. Rex Tillerson, the US Secretary of State, said relations with Russia were at a ‘low point’. So much for Americans who thought Trump had cozied up to the Russians during the US presidential campaign!

Apart from his tweets about North Korea, Donald Trump made quite a few market relevant comments last week. He warned that the US Dollar was ‘getting too strong’ which helped the currency cede ground with Sterling at $1.255. On the central bank, he refused to rule out reappointing Fed Chair Janet Yellen for a second term, despite previous criticism of her, while he also gave his backing to a low interest rate policy. He also backtracked on earlier promises to label China as a currency manipulator. Finally, whilst in full backtrack mode, he said that he no longer viewed NATO as obsolete.

Investors have also continued to watch developments in the rapidly approaching French presidential election with the sudden rise in popularity of the far-left party candidate.

In the UK, CPI inflation held steady at 2.3% in line with expectations with lower fuel prices helping, but reflected the timing of Easter falling into April this year as opposed to March in 2016, and the effect of air fares upon the data. Higher oil prices and air fares are expected to nudge up inflation in April. UK jobs data revealed that average weekly earnings, excluding bonuses increased by 2.2% in February.  The Royal Institution of Chartered Surveyors said that estate agents had the lowest number of properties for sale on their books since records began in 1994, and that the number of people interested in buying a property and the number of sales were stagnating.  The BoE also said that UK banks were intending to slowdown the supply of unsecured credit to UK consumers.

Despite the pick-up in inflation, the 10-year UK Gilt yield remained at 1.05%. Why? The Bank of England (BoE) revived QE after the Brexit vote last year and holds about £435bn in government debt and plans to maintain, but not increase it. Is the fixed interest market signalling unease over Brexit and the fact the BoE will be forced to further support the UK economy? Or, does it just reflect lower US Treasury and German bund yields, which make the yield on UK debt relatively attractive?

In Europe, investors turned their attention to the French election with the first-round vote rapidly approaching on the 23rd April. Markets have suddenly woken up to the dramatic rise in popularity of one of the previous outsiders in the French election. Jean-Luc Melenchon, the French far-left candidate was 150/1 on March 22nd. After two television debates his odds have shortened to 12/1. His radical programme includes a new €100bn stimulus package and a reduction in the working week to 32 hours, as well as proposals to overhaul the EU and take France out of NATO. French polling data, for what that’s worth these days, suggest all four candidates have a chance of making the final run-off on May 7th.

In the USA, Treasury secretary Steve Mnuchin conceded that the US administration’s timetable for tax reforms is set to slip after the failed attempts to pass healthcare reforms through Congress. The original timetable was expected to be August 2017, but it is now likely to slip into 2018. Tax reform has been one of the main drivers of US equities and the Trump reflation trade.

Chinese Q1 GDP was slightly better than expected with growth of 6.9%.

The oil price continued to rally with Brent above $55. This not only reflected Syrian tensions, but press reports that OPEC had exceeded its production cut target for March and Saudi Arabia was keen to extend it. US oil inventories also saw their biggest weekly fall this year. The International Energy Agency also said ‘it can be argued that the oil market is already very close to balance’.

Finally, having a bad week? There is always someone worse off. You could work in the public relations department of United Airlines!