The struggle for power 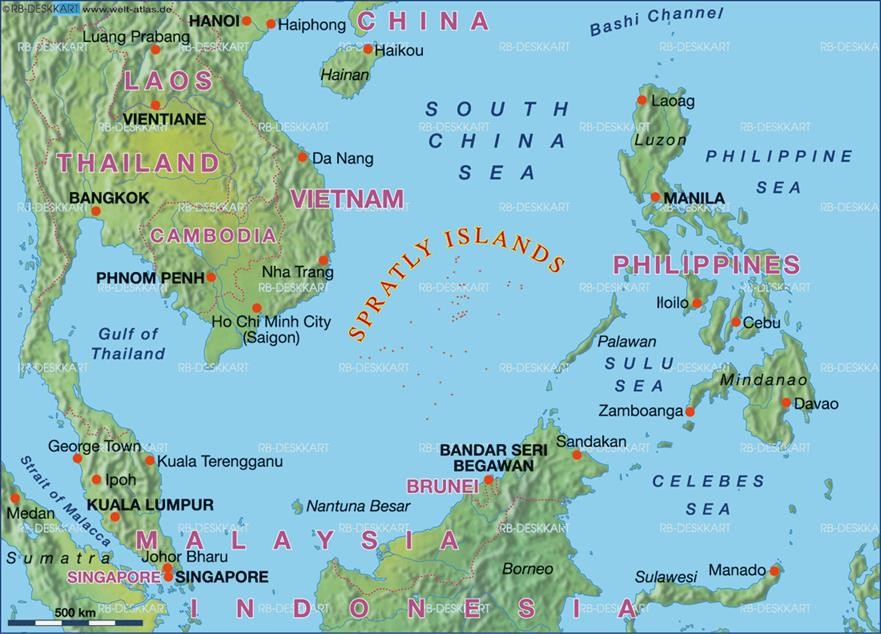 China has an insatiable appetite for natural resources to meet its long term economic growth ambitions and as a result appears to be putting its footprint down from the South China Sea to the Antarctic. The former sea has a number of countries contesting ownership of the potentially natural resource rich waters including China, Vietnam, Malaysia, the Philippines and Taiwan. China has been observed by US monitoring satellites constructing a military length runway on an artificial island it has created by pumping sand and cement onto a reef in the Spratly Islands. Vietnam has raised the stakes further by organising a ‘sovereignty’ cruise to parts of the Spratly archipelago!

In history, nations and empires have invaded and fought over land and yet, today countries can create new land from the sea. Besides demonstrating man-kinds ingenuity, it is perhaps, a reminder that China is now a powerful naval military force in the Pacific along with the USA.

Which got us thinking about global supply chains, whether food or oil and capital or consumer goods components. About $7trillion of international trade passes through the South China Sea every year. In the past it has been North Korea that has spooked global financial markets but clearly tension across the South Sea region is increasing. The world is a smaller place these days and ripples from far across the global pond can disturb our little islands.

The Greek situation dragged on all of last week with two deals – one from the Greeks and one from the Troika! The only problem remains the small but essential matter of both agreeing a plan. The uncertainty surrounding the outcome pushed peripheral bond yields up to the extent that the UK 10 year Gilt yield is below that of Portugal, Italy and Spain – countries which don’t want to be associated with Greece once again.

The yield on German bonds spiked back to almost 1%, the highest level since September, before rallying back down to just above 0.8%. This followed Eurozone inflation data and comments from ECB President Draghi about volatility in bond markets which seemed to exacerbate the problem! The spike in bond yields in a matter of hours, in turn sent a huge shock wave through equity markets. The extent of the shift in European bond markets is reflected in 5 year debt, where only Switzerland still has a negative yield.

The US 10 year Treasury yield also climbed to an eight month high on the back of very positive US jobs data which more than offsets earlier concern about the soft raft of Q1 economic data.

Geo-political concerns also resurfaced with the Ukrainian president warning that the country should be prepared for a full scale invasion from Russia amid a surge in fighting in the east. This prompted the US to call for more sanctions at the G7 meeting over the weekend. Mr Putin may be more concerned however, about the warning from the man chosen to oversee FIFA’s new elections that Russia could still lose the World Cup rights!

The Greek PM confirmed that a €300m debt repayment due last Friday had not been made but instead would be rolled up into a €1.5bn transfer at the end of June using a procedure permitted under IMF rules and last used by Zambia in the 1980’s. Just to put the scale of the problem in perspective, the total debt repayments due in June are €6.74bn with another €5.95bn due in July and €4.38bn due in August.

In the UK, Nationwide, the second largest mortgage provider said house prices increased by 4.6% in May, a slightly lower rate than in April. The building society suggested that this marked a resumption of the gradual downward trend in the rate of annual price increase which had begun last summer. Nonetheless, a robust housing market and improving employment outlook continues to bode well for UK consumer stocks. The UK services PMI reading for May was much lower than expected although the election no doubt created uncertainty as the 12 month outlook improved slightly. However, this data together with that for construction and manufacturing suggests that Q2 GDP may not be much better than Q1.

European May PMI readings were slightly above earlier ‘flash’ estimates with an improvement in France and Spain the strongest of the big four European economies.

Inflation in the Eurozone turned positive in May after five months of negative inflation with the oil price firming from its January low and food prices picking up. The turnaround into inflation does not appear to have changed the ECB’s view on the duration of its QE programme. Employment continued to increase across the region for the seventh month in a row. The OECD lifted its Eurozone growth forecast for 2015 from 1.1% to 1.4% and for 2016 from 1.7% to 2.1%.

In the USA, the manufacturing data for May edged up slightly while construction activity in April also picked up providing some comfort that the second half should see improving GDP growth after the recent downward revision to Q1. The US trade deficit narrowed as the backlog of imports from the earlier West Coast port dispute began to clear which should further support H2 GDP. This was further supported by very positive jobs data for May ahead of expectation. However, the OECD cut its US growth forecasts for 2015 and 2016 from 3.1% and 3% to 2% and 2.8% citing the Q1 bad weather drag and strong US Dollar. In an unusual move, the IMF urged the US Fed to delay increasing interest rates until 2016 although one senses will be guided by US economic data like jobs rather than Christine Lagarde.

Japanese Q1 GDP was revised sharply higher from 0.6% to 1% driven by an increase in business spending.

Chinese exports fell for the third consecutive month in May while imports were much weaker than expected. The week ahead will see the index provider MSCI announce whether it intends to include Chinese ‘A’ shares, which are listed in Shanghai and Shenzen, in its emerging markets index from May 2016. Currently, only Chinese stocks listed in Hong Kong are included in the index. It has been estimated that global equity tracker funds would need to invest as much as $20bn into Chinese stocks to meet the possible MSCI target 1% weighting. Perhaps another reason why some Chinese equities have been flying in anticipation of massive potential new buying interest from foreign tracker funds.

Saudi Arabia, arriving for the OPEC meeting, suggested that its strategy of not cutting production was slowing high cost oil supply and boosting demand. However, while demand has been stronger than expected due to Chinese stock piling, US shale oil production has been cut rather than collapsing as some predicted. Iraq has been increasing production while Iran may see sanctions lifted. The OPEC meeting subsequently confirmed that oil production would be maintained at 30 million barrels per day. Brent drifted below $62.

Finally, we know that UK builder merchants are selling lots of sand and cement with the upturn in the UK housing market and construction activity. However, given developments in the Spratly Islands and the potential MSCI announcement perhaps we should have bought a Chinese cement producer instead!