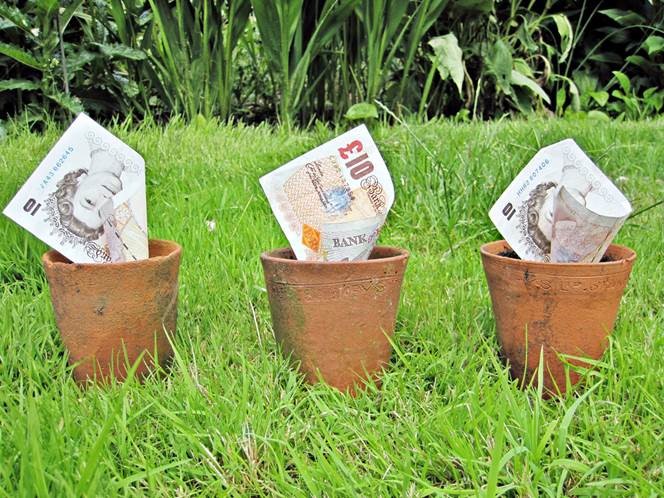 On 18th July, the Bank of England will mark the 200th anniversary of Jane Austen’s death, by unveiling the new £10 note featuring the renowned writer. The new polymer £10 note will be issued in September 2017. Oddly, in a digital age with the rise of electronic payment methods, the value of notes and coins in circulation in the UK continues to grow steadily! Currently standing at some £80bn, this has increased by nearly £10bn over the last two years.

What does the future hold?

Well, South Korea has recently started a trial which could result in it removing the country’s smallest denomination coins from circulation. Instead of accepting small change from purchases, consumers will instead be able to deposit the amount onto prepaid cards. Some of South Korea’s major convenience stores are taking part in the trial.

The Bank of Korea says that customers will no longer have to carry loose change in their pockets. A recent survey of South Korean consumers suggests that two-thirds don’t carry coins, while half of those surveyed supported plans for a coinless society. Apart from the convenience to consumers, the Bank of Korea could also benefit as it estimates the cost of minting coins works out at about £37m a year.

Will the UK follow the South Korean’s lead? Certainly, more of us are paying for goods and services with smartphones or using contactless payments. For companies, this should produce helpful cost savings as less physical cash needs to be handled. Although it would appear that, for now, cash remains king!

Events last week were totally overshadowed by the horrific terror attack at the Manchester Arena.

Globally, markets held steady with the US at a record high helped in part by a lack of negative headlines from Donald Trump’s maiden foreign tour of the Middle East. Although the political risks have not gone away. The UK election remains in focus while a much earlier Italian election has also, suddenly become a possibility.

In the UK, Theresa May has been forced to rewrite a centrepiece of the Conservative manifesto, in a remarkable U-turn on social care costs. The issue appears to have been having a negative impact on the doorstep and the Conservatives have seen a 20% lead over Labour in the polls cut to 5%. Markets are now waiting on the poll results following the weekend Jeremy Paxman Q&A between Theresa May and Jeremy Corbyn. The drop in the Conservative lead in the polls and news that UK economic growth was slightly softer than expected in the first quarter was reflected in Sterling easing back towards $1.28. There were further signs of a slowdown in the property market in April as the number of house sales fell significantly while fewer people took out mortgages.

In Europe, finance ministers and the IMF are exploring a compromise plan for Greece’s bailout that would allow the country to receive much-needed funds, while delaying sensitive discussions on whether it will get debt relief. Elsewhere in Europe, business confidence has surged to multi-year highs in France and Germany adding to confidence about the eurozone’s economic recovery. European Central Bank President Mario Draghi acknowledged the EU is seeing an increasingly solid recovery but sees no need to deviate from the ECB’s previous guidance due to slack in the workforce which should dampen any wage inflation pressures.

There was talk of a new electoral system in Italy which could allow an election to take place this autumn rather than in 2018. PM Renzi said he favoured a German-style electoral system based upon proportional representation. This could overcome the current Italian political stalemate and pave the way for a snap election. The main concern for markets is the Eurosceptic Five Star Movement led by former comedian Beppo Grillo which continues to poll strongly.  In addition, Italy still has to pass its budget law in October which could complicate the situation while Italy’s banking sector woes need to be taken care of.

In the USA, Donald Trump’s first major budget was released with a view to eliminate the country’s fiscal deficit within 10 years. Despite wide acknowledgement that it stands little chance of being passed as proposed some analysts and economists have challenged the growth assumptions and calculations. One questionable aspect is that the plan assumes US economic growth of 3% by 2021 whereas the Fed and Congressional Budget Office project growth of about 1.8%. furthermore, the budget does not specify any cost for the proposed tax cuts, declaring instead that these are revenue neutral.

The US looks on course for another interest rate hike in mid-June after the Fed commented that it would soon be appropriate to raise rates. However, markets took comfort as the Fed signalled that balance sheet reduction would involve a process of rolling caps on reinvestment, which would appear to indicate a slower initial early pace. A Fed committee member said that the Fed balance sheet strategy was to ‘keep it simple and let the markets know what we are doing’.

Budget documents suggested that Donald Trump is planning to sell-off half of the USA’s strategic petroleum reserve to raise $16.5bn. the proposal would need to be approved by Congress.  The amount of oil, some 344m barrels relative to the overall market would not be large, but would not be helpful for a global market grappling with a supply glut.

Credit ratings agency first Moody’s downgraded its credit rating on China for the time in 25 years to A1 saying that the country’s financial strength would erode somewhat over the coming years given the likelihood of a material rise in economy wide debt. The Moody’s rating for China is now in line with that of Japan.

Meanwhile, OPEC, Russia and other non-cartel states agreed to extend oil production cuts into next year. The current 1.8m barrel-a-day cuts, first agreed in November, will be extended to the end of the first quarter of 2018. While this move will support the oil price, it is likely to be offset to some extent by the pick-up in US shale output. Brent oil therefore remained around $52.

Finally, even last week’s Chelsea Flower Show has not been immune from Brexit uncertainty. One of the reasons for half the number of large show gardens this year stems from a drop in the number of major sponsors. Projects would have sought funding back in June last year when many companies, post the EU referendum, would have suddenly deferred making investment decisions. Garden designers with plans for Chelsea 2018 must be hoping potential sponsors are feeling more confident.