Time to get out? 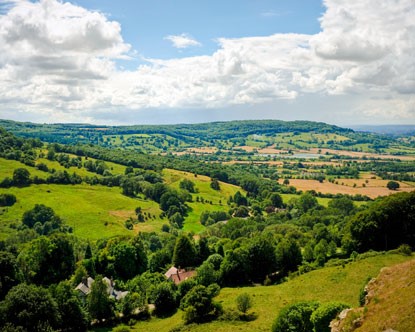 With all the negative financial news headlines on Greece, the glorious weather makes us look forward to the weekend and enjoying the great British countryside.

However, we are not the only ones thinking about the outdoors. The ONS has endeavoured to calculate the value of nature to the UK, which ranges from natural resources and agricultural land to the value of outdoor recreation. This it calculates could be over £1.5trillion, which is not too far away from current UK government debt.

Which got us thinking. Clearly, it is difficult to put a value on a stroll in the country side. Nevertheless, there is no doubt that with UK consumer confidence improving, that many outdoor leisure pursuits, cycling, pubs, hotels and restaurants, camping sites, theme parks as well as holiday destinations must be enjoying better times. These activities are unlikely to be affected by the events in Greece.

However, placing a value on our natural resources is more challenging. Will any company get planning permission to access the potentially valuable shale oil and gas reserves by fracking? As the Greeks are now discovering, having assets in the bank is one thing, but getting them out is quite another!

Apart from Wimbledon, everyone has been watching Greece, which continues to dominate the headlines. The uncertainty has led to the usual response in global financial markets – increased volatility and a flight to safe havens.

To put the scale of the problem in context, the current amount of debt that Greece is carrying is €320bn. The ECB emergency liquidity lending to Greek banks has been frozen at €89bn. The IMF has estimated that Greece needs €60bn in new financial aid over the next three years and that the mountain of debt makes it vulnerable to future crises. The IMF also believes Greece will require debt relief with a doubling of maturities from 20 to 40 years. We can’t see this being accepted by Germany! Is it time for Greece to get out?

The Greeks have shut down the country’s banking system and the referendum on Sunday, which basically asked the Greek electorate whether Greece should accept the final Troika plan or not, has resulted in a clear ‘No’ vote. The Greek finance minister has resigned ‘citing’ a preference of creditors for him not to be involved in further talks. So the ball is firmly back in the court of the Eurozone leaders with an emergency meeting of finance ministers tomorrow. With Greek banks on the verge of running out of money within the next 48 hours, markets await the response of the ECB and that of Eurozone leaders.

Angela Merkel will no doubt call the shots. She has two choices. Creditors could take a massive write off on the €200bn provided to Greece since 2009, but leave it on a sounder financial footing to remain in the Eurozone. Unfortunately this could prove very unpopular with German taxpayers and voters. It would not be well received, for that matter in Ireland and Portugal who were not offered such help when in difficulty. Alternatively, Greece could be cut loose from the Eurozone which would result in massive creditor losses but in addition Greece would require support from the IMF to transition to a new Drachma. It would also blow apart the myth that membership of the euro is forever and raise concerns about the future of other member countries with anti-austerity parties. Both options appear to be frighteningly expensive.

The clock is ticking on the Greek banking system and Greece appears to edging closer to the Eurozone exit.

In the UK, we have our own debt mountain. Perhaps we should remember the old saying ‘people in glass houses should not throw stones’. This is because the UK recorded another sizeable current account deficit in Q1 2015 of £26.5bn. This is more than Greece wants to borrow for the next two years in its latest revised bail-out plan. Current account deficits have to be financed and historically the borrowing associated with this has led to a Sterling crisis!

Ironically, were it not for Greece, the data from Europe continues to be encouraging with manufacturing activity at a 14 month high in June.

With all eyes on Greece, it is worth watching developments elsewhere around the globe.

In the USA, manufacturing activity also continued to improve in June. Jobs data was also encouraging but wage growth stalled which may remove some of the pressure on the Fed to move interest rates up in September.

Chinese shares have continued to experience extreme volatility despite the interest rate cut and are now 33% below the June 12th peak. Investors have lost about $3trillion in paper gains, which is equivalent to one-third of China’s annual economic output. The Chinese central bank has announced it is to uphold market stability by providing liquidity to China Securities Finance, a state entity that makes margin financing available to brokers. However, with an estimated 17% of market capitalisations supported by margin financing then clearly further support is going to be required.

Elsewhere, Petrobras, Brazil’s state owned oil company announced plans to cut its five year capital investment programme by 37%. Probably not the news you want to read if you supply oil equipment and services to Petrobras. In addition, the Brazilian competition authority has announced that it is investigating 15 of the world’s biggest banks, which includes some of the UK majors, over allegations that they colluded to influence benchmark currency rates.

Finally, we like everyone else, are watching events unfold in Greece. Will the ECB provide further support to the Greek banking system? How will Eurozone leaders re-act? Will it lead to ‘Grexit’? Will the Eurozone offer Greece a new deal? Will Greece accept it? All we can say with any certainty is that we are in unchartered territory!

Despite the current uncertainty, we take comfort from our disciplined investment process, as we are defensively positioned in funds and companies with experienced fund managers and management teams who have experience of navigating through challenging conditions. As with a visit to the great British outdoors, if you sense a storm brewing, then ensure you have decent waterproof clothing with you. Investing is not too dissimilar, in that it is all about being prepared for what might be thrown at you!