Time to splash the cash? 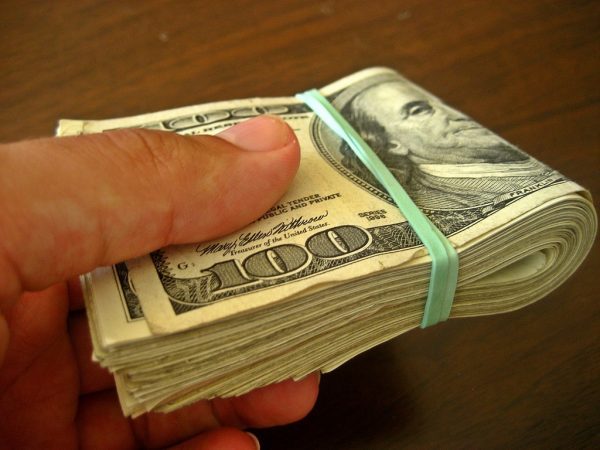 Moody’s, the credit rating agency, estimates that non-financial US companies are holding record cash levels – over $1.8trillion in fact. This is about two-and-a-half times the level of cash held back in the financial crisis of 2008, unfortunately 70% of this amount is being held overseas. Technology companies such as Apple, Google owner Alphabet, Microsoft, Cisco and Oracle are believed to hold approximately 90% of their cash overseas. This no doubt reflects the fact that the US corporate tax rates are high, relative to many other countries.

Donald Trump has been quoted as suggesting he is prepared to cut the tax rate on offshore earnings, which are repatriated to 10% from the current 35%, to encourage these US companies to bring cash home, as part of his US economic stimulus policies. The problem at the moment is that he has found it much harder to push ahead with these plans, having suffered a considerable setback already with replacing Obamacare.

Will Donald Trump be able to get his tax reforms approved? If he does, will this stimulate business investment and job creation, or will US companies prefer to return the cash to shareholders through more special dividends or embark on acquisitions? Either of these options should be good for investors, but the US stock market has been expecting positive developments since Donald Trump was elected president. The big conundrum – can he deliver? North Korea is likely to take up more of his time and remains a global distraction.

In the meantime, with the era of record low interest rates likely to come to at an end, central bankers are starting to shift away from earlier stimulus measures.  The US Fed is the first central bank to start raising interest rates, so which one will be next? Looking ahead, inflation is starting to feedback into the global economy but interest rates are still comparatively low.  The big question remains, what will US companies do with their cash?

The rhetoric from North Korea has heated up in the wake of fresh UN sanctions with the country vowing ‘thousands-fold’ revenge on the USA. President Trump in turn threatened North Korea with ‘fire and fury’. North Korea then said it was considering firing missiles across Japan to land near the US Pacific base of Guam by mid-August. Markets were further unnerved by a report from Japan which warned that North Korea may have developed the ability to miniaturise nuclear weapons. US secretary of state Rex Tillerson tried to calm nerves by saying there was no ‘imminent threat’ from Pyongyang and that ‘Americans should sleep well at night’. However, Donald Trump then warned North Korea that it should be very, very nervous’. Just for good measure he then tweeted that ‘military solutions are now fully in place, locked and loaded, should North Korea act unwisely. Hopefully Kim Jong Un will find another path!’

Let’s all hope that the escalating tension between the USA and North Korea proves to be a war of words and nothing more.

This all just happened to coincide with the tenth anniversary of one of the defining moments of the global financial crisis when on August 9th 2007 money markets seized up after BNP Paribas suspended three funds holding US asset-backed securities!

In the UK, retailers experienced slowing sales in July as households reined in their spending amid an increasing squeeze on their finances according to data from the British Retail Consortium. A report from the Royal Institution of Chartered Surveyors suggested a slowdown in the housing market is spreading from London to other parts of the South-East.

In the USA, inflation was lower than expected for the fifth month in a row with the core rate at 1.7%. While some expect inflation to pick up over the course of the remainder of 2017 a US interest rate hike in December must be in doubt at the moment.

China’s capital flow turned positive in the first half of 2017, a reversal from the unprecedented outflows of the two previous years that triggered worries over financial stability. China’s exports and imports grew by less than expected in July, ending a strong run of data in recent months.

Brent oil hovered around $51 as the market focused upon a meeting between OPEC and non-OPEC producers in Abu Dhabi. OPEC raised its oil demand forecast and the two largest producers, Saudi Arabia and Iraq agreed to strengthen commitments to production cuts, although the latter’s track record is not great.

Finally, whatever your view on the EU, it could only happen in Sicily. Italian police have detained 15 volunteer firefighters accused of starting fires in order to get paid to put them out. In the alleged fraud, the volunteers rang the emergency service themselves or got their friends to do it while their fire chief allegedly skipped shifts in order to start fires!