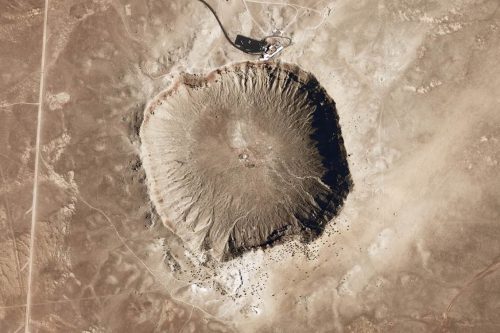 As regular readers will observe, we love a good space themed story…

Luxembourg’s asteroid mining law takes effect tomorrow. As a result, the first commercial mission to harvest mineral resources from asteroids could be launched within five years. Luxembourg’s government is working on a joint mission with two US space research companies, to prospect for minerals in outer space through robotic missions.

With Earth’s natural resources depleting, it is believed that asteroids could provide a rich new source of the rarer metals and minerals. It is estimated that a 500-meter wide asteroid could yield $2.9 trillion worth of platinum which, could be over 174 times the world’s current output.

Science fiction? Well in 2015, the Rosetta space probe successfully delivered the Philae lander module onto Comet 67P. Unfortunately, it bounced on touchdown but was still able to complete 80% of its planned first scientific sequence before falling into hibernation.

This reminded us of President Kennedy’s speech ‘We choose to go to the moon and do other things, not because they are easy but because they are hard’. While space mining investors will no doubt be ‘over the moon’ if they discover mineral deposits, we are inclined to follow the old mining boom maxim ‘there is more money to be made from selling picks and shovels’. We would rather invest in the companies providing the computer software controls, cameras and scientific testing equipment.

Markets have continued to be supported by good results from the US reporting season with about 80% of S&P 500 companies so far announcing results ahead of expectation. A good example is industrial bell-weather Caterpillar which raised forecast guidance for heavy machine sales for construction in China and mining and oil related activities in the USA. Markets were also supported by comments from the IMF about the global growth outlook. The world economy is projected to grow at 3.5% in 2017 and 3.6% in 2018 with the growth for India and China increased. Markets were dragged back on Friday by the tobacco sector following an announcement from the FDA in the USA seeking to reduce the nicotine levels in new products being developed. North Korea test fired another missile ramping up the rhetoric with Donald Trump another notch.

However, the International Monetary Fund (IMF) warned the European Central Bank (ECB) against a premature end of its QE stimulus programme, saying their needs to be more sign of inflation along with the region’s economic recovery. Interestingly, last week marked the five-year anniversary of ECB President Mario Draghi’s famous ‘Whatever it takes’ speech. One economist estimates that in the last three years the ECB has acquired €2.25trillion of securities under its QE programme!  However, the ECB did help avert a European financial crisis but only time will tell if massive asset purchases, negative interest rates and bond yields was a price worth paying.

Brexit news. Sources close to negotiations suggest that ‘sufficient agreement’ on withdrawal issues will not be reached ahead of the EU summit in October. However, Chancellor Philip Hammond has told UK businesses that he wants to negotiate a ‘standstill’ transition to keep much of the status quo followed by ‘implementation‘ period, with a target to complete by 2022. How this goes down with the PM and those who voted for Brexit only time will tell but will make for a lively Conservative party conference in early October. At least the chances of a ‘no deal’ Brexit is reducing which should relieve the equity market and companies somewhat.

In the UK, a more resilient than expected economic performance in the second half of 2016 following the Brexit vote, appears to be followed by a softer first half of 2017. Following economic growth of 0.2% in the first quarter, growth in the second quarter was 0.3%.

In Europe, business activity continues to improve. German business sentiment improved for the sixth successive month while in France business activity increased for the third consecutive month.  Another sign of how times have changed in Europe. Greece returned to the sovereign debt market for the first time in three years last week, with a €3bn bond issue. Raising 5-year funds at a yield of 4.625%, is some progress for a country that has required three bailouts in a decade!

In the USA, the latest reading of consumer confidence from the Confederation Board rose to 121 in July, the strongest level since the sixteen-year high of 124.9 in March. US consumers appear relatively upbeat helped by lower oil prices and a buoyant jobs market. Economic growth in the second quarter was 2.6% but the IMF downgraded its US growth outlook from 2.3% to 2.1%. Comments from the US Fed about future monetary policy were as expected although suggested that it expected to begin unwinding its crisis-era stimulus programme ‘pretty soon’. The US Dollar weakened following this with the Euro at a 30-month high relative to the Dollar and Sterling at a 10-month high of $1.31.

Copper hit a two- year high as the IMF upgraded its economic growth outlook for China from 6.6% to 6.7% for 2017 and from 6.2% to 6.4% for 2018. In addition, there were reports that the Chinese authorities are looking to ban scrap imports for copper extraction, a process which raises pollution levels. This could drive a pick-up in concentrate and refined copper imports.

Brent oil moved above $50 on news that Saudi Arabia is planning deep crude export cuts in August and a drop in US oil inventories last week.

Finally, it appears money can buy you happiness. A Harvard University study has found that happiness is enhanced by employing people to do things that save you time rather than spending it on a material product. Next week, I should pay one of my colleagues to write Alpha Bites for me so that I can stay in bed longer!