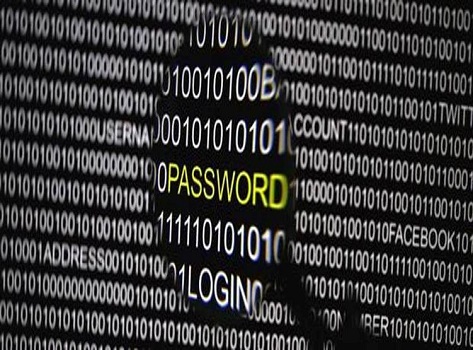 Companies are becoming the targets of cyber criminals and ransomware attacks.

In the UK, Tesco recently saw its website and smartphone app crash after attempts to interfere with its systems. UK engineer Weir Group recently announced it had been the victim of an attempted ransomware attack and that although its cyber counter-measures were working well it had seen significant temporary disruption. Attacks are also taking place on key infrastructure assets.  Earlier this year, a large part of America’s fuel supply was disrupted by a ransomware attack on Colonial Pipeline. While Iran has accused a ‘foreign power’ of causing widespread disruption, as thousands of petrol stations were shut down by a cyber-attack.

Governments are increasing efforts to track down ransomware criminals. The US government has offered a bounty of up to $10m for information about DarkSide which is believed to be behind the ransomware attack on Colonial Pipeline. The UK and US have also announced that their long-standing intelligence partnership is to develop into offensive online operations based on the US strategy of ‘persistent engagement’, making it harder for cyber criminals to operate.

The National Cyber Security Centre (NCSC) said it has tackled a record number of cyber incidents in 2021 the majority of which were ransomware attacks originating from Russia. The NCSC said there had been an 8% rise in incidents with 777 attacks. This included a global hacking campaign known as the SolarWinds breach, which was regarded as ‘one of the most serious cyber intrusions of recent times’ and was believed to have come from Russia’s foreign intelligence service.

Relations between the UK/EU and Russia remain strained. Given the UK has recently announced plans to sell warships and missiles to Ukraine it sounds as if the NCSC could have an even bigger workload in 2022.

We are under attack again from Covid-19. With more Britons working from home once again due to Omicron, we will have to remain extra vigilant for potential cyber-attacks.

Is it time you reviewed your internet passwords and protocols?

2021 looks as if it will end as it started for investors with the focus still upon Covid-19 and inflation.

There were some encouraging signs that equity investors are beginning to believe that the Omicron variant might not be as dangerous as suggested by the responses of governments around the world. While a study in Japan has found that Omicron is more than four times as transmissible as the Delta variant, against this there were increasing reports from South African doctors to suggest Omicron is a milder form of the virus albeit its population is younger.  Meanwhile, Pfizer/BioNtech announced that three doses of their vaccine offers ‘significant protection‘ against the Omicron variant. In the UK PM Boris Johnson announced further Plan B measures for England and an acceleration of the booster jab programme although this will come at a cost with the cancellation of some normal hospital routine procedures.

However, while Omicron may be less of a threat to life than Delta, other factors continue to overshadow markets. The US Federal Reserve may accelerate the pace of tapering to $30bn a month at its next meeting this week following the latest US inflation figures. Meanwhile, China’s central bank cut a key interest rate to pump liquidity into the financial system but this looked a re-action to developments in the distressed Chinese property development sector and specifically Evergrande. However, copper and iron ore rallied on the back of the $190bn Chinese stimulus package. Elsewhere, Russian troops remain massed along the border of Ukraine while G7 ministers continue to threaten President Putin with sanctions.

In the UK, the deputy Governor of the Bank of England warned that CPI inflation could move up through 5% in 2022. Wage inflation remains a challenge for the central bank with Tesco agreeing a 5.5% pay deal for distribution workers. This was overshadowed by political turmoil. Is it a matter of time before Boris Johnson has to step down? Further Plan B measures were introduced in England to buy time for the accelerated booster programme to deal with the Omicron variant. However, many are viewing the Prime Minister’s press conference as yet another political diversionary tactic. Sterling softened to $1.32 on concerns about the new measures such as working from home on the hospitality and service sectors which may lead the Bank of England to delay raising interest rates. This looks all the more likely at this week’s meeting given October’s GDP reading disappointed with the economy growing by just 0.1% over the month.

Italy joined other European countries with more restrictions for the un-vaccinated. Compared to the BoE and US Fed, the European Central Bank (ECB) appears to be leaving all options open with reports some ECB committee members wanting greater flexibility in its QE asset purchase programme.

In the US, the November CPI inflation figure was in line with expectation but nonetheless was still 6.8% on an annualised basis – the highest reading since 1982. The Federal Reserve at its meeting this week is expected to speed up the rate it tapers bond buying. Meanwhile, inflationary pressures remain with the price of second-hand cars spiking while wage inflation will not be helped by the latest jobs data with companies after 11m workers compared to 7.4million unemployed.

In China, Evergrande’s shares dropped by over 20% in a day as it announced that it could not guarantee to perform all its financial obligations. The property developer subsequently defaulted on a US Dollar bond interest payment. Evergrande’s total liabilities are thought to be $300bn.Meanwhile, China’s central bank cut a key interest rate and the amount of funds banks are required to keep in reserve which should free up $190bn for them to lend.

Brent oil recovered to $75 on hopes that the Omicron variant would not be as damaging to the global economy as first thought.

Finally, proof that some US investors are bonkers! Peloton was one of the initial lockdown winners as people exercised at home but more recently has seen issues raised about safety. Last week a Peloton bike featured in the new series of Sex and the City and Mr Big, the character played by actor Chris Noth had a sudden heart attack after completing a workout on the Peloton bike.  Peloton shares fell by 16% even though it was a TV show!

This is the last Alpha Bites of 2021 so here is wishing all of our readers a very Merry Christmas and Prosperous 2022.