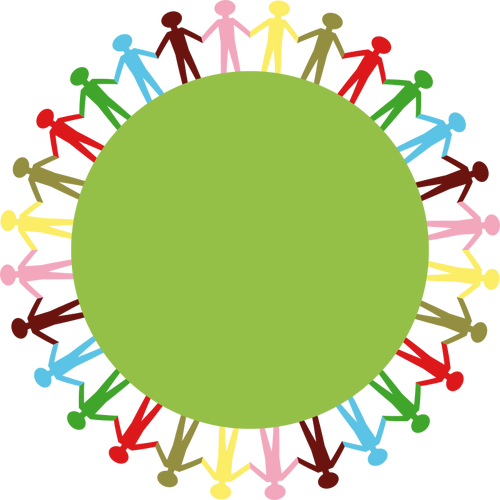 The House Divided Speech was a defining address given by Abraham Lincoln before he became president in 1858 and just three years ahead of the start of the American Civil War. The best known passage of the speech includes the line ‘A house divided against itself cannot stand’ – Interestingly, in the run up to the 2016 US Presidential election the Republican Party looks pretty divided over candidate Donald Trump. Indeed America appears divided over Trump, but it would seem he is now likely to be the Republic nominee in the forthcoming US vote.

Which got us thinking. The House of Commons also feels pretty divided right now. Within the Government, Justice Secretary Michael Gove and London Mayor Boris Johnson are at ‘loggerheads’ with Prime Minister David Cameron due to their stance in the forthcoming EU referendum. To complicate matters it is rumoured that 50% of Conservative MPs are in favour of leaving the EU. Mind you, not that it’s all a bed of roses with the main opposition party. Jeremy Corbyn seems to have ‘grass root support’ but many Labour MP’s appear less than enamoured by his views and policies. In turn, we have Nicola Sturgeon and the SNP, who wish to remain part of the Eurozone but do not want to be seen campaigning with David Cameron, but who have said would demand another Scottish independence vote in the event of Brexit.

We are in favour of a healthy debate. But the divisions within parliament are likely to weaken the ability of the ‘in’ collective to campaign effectively. We are not predicting a civil war. However, the divisions in Westminster do not bode well for the June referendum or the remainder of the Conservative term of office. In the event of an ‘out’ result, what will happen to David Cameron? On an ‘in’ result, what happens with the anti–European MP’s? Will they toe the line? When it comes to Europe – United we stand, divided we fall.

Global equity markets continue to be closely correlated to the oil price while in Europe, the EU referendum vote has led to significant currency volatility. A low oil price is good news for the global economy so it’s surprising that markets should go up when oil prices rise, and go down when the oil price falls. A reflection of tight market liquidity and hedge fund closing perhaps or the oil based sovereign wealth funds under less pressure to raise money when the oil price goes up?

The IMF warned of risks to the global economy as G20 Finance Ministers were meeting in China with the focus no doubt on slowing global economic growth, negative interest rates and the transparency of China’s currency policy no doubt under the spotlight. The IMF are worried that the current volatility in financial markets is in danger of hitting activity and decision making in the real economy. China’s governor of the PBoC said that it ‘still has some monetary policy space and multiple instruments to address the possible downside risks and fiscal policy will be more active’. However, the German finance minister said he does not agree with a G20 fiscal stimulus package. The meeting was ‘underwhelming’ and did not offer any tangible support so markets will now focus on the ECB on March 10th.

The building Brexit excitement was crystallised by Justice Secretary Michael Gove and London Mayor Boris Johnson’s defection to the ‘Out ‘ campaign and in financial markets with a significant fall in Sterling against the US Dollar to a new seven year low. The Euro would be a potential loser were the UK to leave, so the move on the exchange rate between Sterling and the Euro was not as pronounced as against the US Dollar. The one day fall in Sterling was greater than that seen during last year’s Scottish referendum vote. While Sterling weakness is positive news for UK equities, given the high proportion of companies with US operations or exports, but it does mean that for UK holidaymakers the Brexit vote has just pushed up the cost of summer holidays in the USA and Europe!

Mark Carney, governor of the BoE noted the movement in Sterling, saying that it appeared to be influenced by the upcoming vote. He warned that ‘it is possible that at some point the increased uncertainty from foreign exchange investors also ends up manifesting itself in increased uncertainty by households and businesses which may or may not reduce or delay their spending’. He also said that the BoE has ‘considerable room’ should additional stimulus be required.

The fall in Sterling also creates a headache for ECB President Mario Draghi as it is still a significant part of global currency trade weighted indices. The Euro is now higher than when the ECB started its QE programme. However, the economic outlook for the Eurozone is still challenging as the composite purchasing manager’s index fell to a thirteen month low in February with greater weakness in output and prices. This is placing even more pressure on the ECB President to ‘do whatever it takes’ at the next ECB meeting on March 10th, but will this be enough to satisfy markets? Just to add to the EB’s woes, both France and Germany have now dipped into deflation.

In Europe, the migrant crisis will no doubt be a key part of the Brexit vote. The Greek PM Tsipras is now saying that the Greek Government will veto any EU agreement at the EU-Turkey summit on March 7th, unless there is a pan-European agreement to relocate the migrants accumulating in Greece. In a sign of the growing tension, Greece withdrew its ambassador from Austria.

In the USA there was some more encouraging news with durable manufactured goods orders rising in January by 4.9%, the highest increase for some ten months. In addition, some economists had expected US Q4 GDP to be revised lower but although growth slowed, it was still ahead of expectation at 1%.

Oil started last week up, supported by news from the IEA which expects US shale oil output to fall by 600,000 barrels a day in 2016 and 200,000 barrels a day in 2017.
However, the IEA suggested that beyond 2017 that operational efficiencies and cost-cutting would allow US production to resume its upward trajectory. It said ‘anyone who believes that we have seen the last of rising light tight oil production in the US should think again’. The oil price then began to drift as reports that Saudi Arabia’s oil minister indicated that production cuts were not going to happen and that there was less trust than normal between nations’ Iran’s oil minister was also reported to have described the Saudi-Russian production freeze plan as ridiculous and that it put unrealistic demands on Iran. However, oil rallied towards the end of the week on more chatter that talks had been agreed between Russia, Saudi Arabia, Qatar and Venezuela in March.

The pain of US shale oil producers must be a worry for those global banks and investors that have funded them. A staggering $237bn of debt is with US oil businesses. Most of the US shale industry’s debt is in the form of bonds of which over $100bn is junk- rated. So far some 48US oil and gas producers have gone bankrupt with over $17bn of debt.

Finally, quote of the week regarding Brexit must surely go the Chief Executive of Ladbrokes who said he has no intention of telling his staff or customers how to vote in the upcoming EU referendum saying ‘I would prefer them to bet’. He quoted odds suggesting a 31% chance of Brexit at this stage. Interestingly given the unreliability of polling in last year’s Scottish independence vote and general election, markets seem to relying on gambling odds to help track how the Brexit vote is developing ahead of the 23rd June.