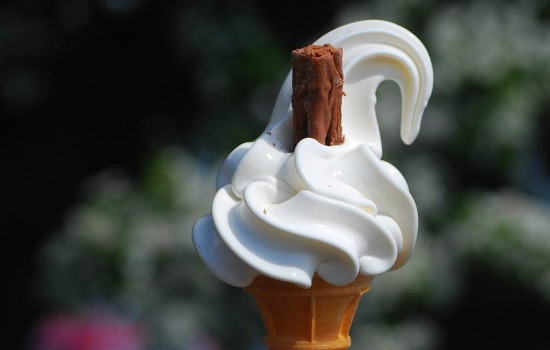 The term ‘vanilla’ when investing, typically describes a simplistic or basic version of a financial instrument, not exotic or with leverage for those seeking extra spice.

Talking of spices, saffron is more valuable than gold. Vanilla, due to the difficulty in cultivating the delicate vanilla orchid flower, is now as expensive as silver.

Madagascar, which supplies over 75% of the world’s natural flavouring, vanilla is in the grip of a vanilla crisis. Strong demand for natural vanilla, speculation and money laundering have combined to drive prices skywards. However, the main cause appears to be a cyclone in Madagascar last March which damaged a lot of plantations. As a result, girls are dropping out of school to marry ‘vanilla barons’, theft of vanilla from farmers has increased while those fortunate enough to grow vanilla have sparked a spending boom. Sales of televisions, cars and motorbikes are high but the worry is that many workers who have purchased cars won’t be able to fill them with petrol, when the price of vanilla cools.

The recent hot spell in the UK has naturally drawn our attention to vanilla ice cream, but whether you fancy a Magnum or a 99, prices are also hotting up. Not only has the price of vanilla risen, but so has another key commodity, the wholesale milk price.

Call me an old cynic, but let’s see how long it takes for some bright spark in the ‘City’ to launch a Vanilla ETF tracker product.

An acrimonious meeting of G7 world leaders in Quebec, or should that be G6 against the USA? The G7 has been in existence for some 45 years and never before has there been this kind of fractious relationship between members. President Trump is sticking to his guns on trade and is leaving the US isolated.

This week will see a crunch Brexit vote by MPs in the UK as well as key central bank meetings in the US (Fed) and Europe (ECB). The Fed is widely expected to increase US interest rates by 0.25%, while the ECB may start to acclimatise the market to the prospect of ‘tapering’ its stimulus programme in the fourth quarter with an end to bond buying by the end of 2018. The much- anticipated meeting between President Trump and North Korean leader Kim Jong-un takes place tomorrow on Sentosa Island, Singapore. Will it be ‘Love Island’?

President Trump seems to have coined a new phrase. He has replaced ‘keep you friends close, but your enemies closer’ with ‘Upset your allies and befriend your enemies’. The G7 summit ended in a war of words as President Trump refused to allow American officials to endorse a planned joint communique, after Canadian leader Trudeau’s comments in a press conference at the close of the event basically suggesting US insults were insulting. Trump then tweeted that the Canadian PM was ‘very dishonest and weak’. German media has reported Chancellor Angela Merkel as saying that the EU won’t be ‘taken for a ride’ by the US.

Away from the G7 meeting, US media reports suggested that China has offered to increase the amount of US farming and energy related products it buys from $50bn to $70bn if the US abandons its tariff plans. Meanwhile, Chinese telecoms company ZTE has accepted a $1.4bn fine to remove the sanctions on buying US components.

Turning to Brexit, Tuesday will see MPs vote on the Lords amendments of the Brexit Withdrawal Bill, with a potential crunch point for PM Theresa May on the Customs Union amendment. In the event the Government is defeated on the Customs Union vote will Theresa May make a U-turn and propose the UK stays in the Custom Union? This would enrage Conservative hard line Brexiteers and increase the chances of a leadership challenge and dare we say it yet another general election.

In the UK, retail sales rebounded in May, with the strongest growth in four years, according to the British Retail Consortium. Favourable weather, the bank holiday and Royal Wedding helped. However, challenges remain as petrol prices went up by 6p a litre, the biggest monthly rise in eighteen years. Meanwhile, a member of the Bank of England suggested that most officials believe a modest rise in interest rates is required over the next two years, although the overall level of rates will stay relatively low for some time.

In Europe, the new Italian PM appears committed to continued euro membership, but his promise of large-scale public spending plans was less well received by holders of Italian government bonds and banks. Italy already has a big debt burden. This will also have raised eyebrows amongst the EU political elite. This week will see a key European Central Bank (ECB) meeting. The ECB Chief Economist has already made some ‘hawkish’ comments which, may have been designed to prepare investors for further detail about the potential scaling back of stimulus measures. If the ECB stops buying bonds this can’t be good news for Italy which remains the biggest threat to EU stability and remains a systemic risk to the European banking system. The Italian 10-year bond yield climbed back above 3%.

India’s central bank increased interest rates for the first time in four years. India is a big oil importer and higher oil prices have created uncertainty on the inflation front.

Argentina has secured the largest stand-by arrangement from the IMF, about $50bn to support its economy.

Brent oil eased lower to $76 on reports that the US Government has asked Saudi Arabia and other OPEC producers to increase oil production by around 1million barrels a day, following the rise in US gasoline prices to the highest level in three years. However, this is countered by ongoing concern about Venezuela’s output.

Finally, a revealing fact about modern Britain. More youngsters have applied to be a contestant on ITV2’s reality TV series ‘Love Island’ than applied to get into Oxford and Cambridge Universities combined. The launch of the show, with a prize of £50,000 for the winning couple, has given ITV2 its biggest ever audience.