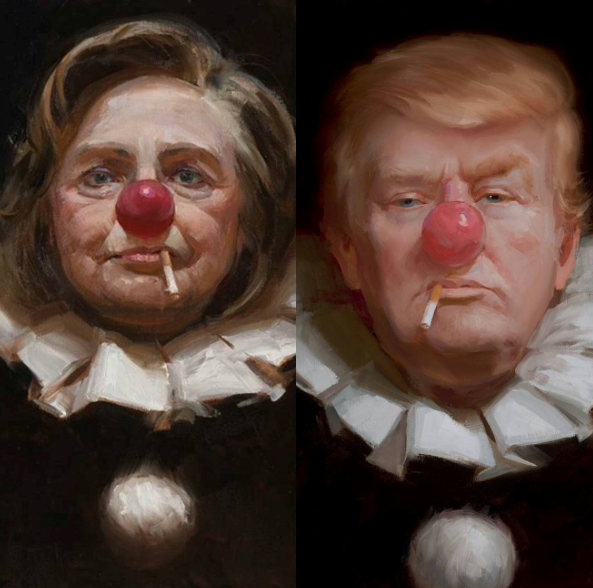 US voters are facing an election day ‘trick or treat’. Nobody has known a US election campaign like this. Lurid accusations one minute and FBI investigations the next, but both candidates seem a pretty scary prospect. In the latest twist, the FBI has cleared Clinton over emails relating to the scandal involving her use of a private email server as Secretary of State.

Around 120 million Americans are expected to cast their votes in tomorrow’s election. Markets would appear to favour ‘status quo’ with a Democrat president and the Republicans controlling the House of Representatives.

Tradition suggests that Wall Street should favour the Republican party which, usually backs low taxes, free trade and a reduction in regulation. However, the 2016 election seems to be an exception as Donald Trump is a long way from the Republican party’s mainstream.

If Trump is elected president this would throw up all kinds of uncertainty about economic and foreign policy. He has threatened to tear up the North America Free Trade Agreement and to take a more aggressive line with China. He would also like to replace Fed Chair Janet Yellen with a more hawkish candidate.

If Hilary Clinton is elected president markets should see a modest relief rally. While the Republicans could still retain control of the House of Representatives, oddly, a split government is seen as good for US businesses. Clinton is a ‘known entity’ albeit a flawed one and given her agenda resembles that of a traditional Democrat and her policies do not rely too heavily on borrowing then this should re-assure the bond market. Paul Ryan, the Republican House Speaker would also be in a strong position to block some of her measures that might be seen as detrimental to US businesses.

If Trump wins, it is unlikely that Congress would sign-off some of his wilder protectionist policies. However, given the lack of detail currently available on his potential plans it is understandable why financial markets have so little enthusiasm for a Trump victory. The initial reaction of the US equity market and Dollar to a Trump win is likely to be negative. This could in turn have a knock-on effect for global markets and currencies.

The US election race still looks a very close call, but one thing we know for sure, markets hate uncertainty. Talking of which, in 2017 there are general elections in Germany, France, Holland and quite possibly Italy. Following last week’s Brexit High Court ruling will the UK also join this list?

With a US election that’s proving too close for comfort, the oil price sliding, higher probability of a Fed interest rate hike in December, an Italian constitutional reform referendum due shortly, together with Brexit political and legal uncertainty, it is not surprising that markets became nervous last week.

The UK saw yet another twist in the ongoing Brexit saga. The High Court ruled that Parliament must vote on whether the UK can start the process of leaving the EU. The government is expected to appeal, but could leapfrog the Court of Appeal and go directly to the Supreme Court, although this could take until the New Year. Sterling firmed up to a four-week high of $1.25 on hopes the ruling would steer the UK away from a potential ‘hard Brexit’. This is likely to delay the government’s plans and with only a small majority in Parliament and most MPs having argued ‘Remain’, will Theresa May be tempted to call an early general election?

In the UK, Mark Carney said he will extend his term as governor of the Bank of England to June 2019, once Britain hopefully leaves the EU. Chancellor Phillip Hammond is to adopt a flexible fiscal framework in this month’s Autumn Statement. While he has flagged only a modest fiscal stimulus the new framework would allow a greater stimulus to be unleashed if economic growth starts to falter.

In Europe, Q3 GDP was confirmed at 0.3% to keep the annualised rate of growth at 1.6%. The latest inflation data was also released showing inflation at 0.5%.

In the USA, consumer spending increased by 0.5% in September with good demand for cars. The Fed meeting outcome was pretty much as expected, but with a slight upgrading of their description for inflation. The statement revealed that the increase in Fed funds rate has ‘continued to strengthen’. The futures market is now pricing in a 78% chance of a US interest rate hike at the next meeting December 14th compared to 68% before the Fed statement. Subsequent US jobs data for October, was in line with forecasts which may support the case for a rate rise. Obviously, this position might change should Trump be elected president.

The uncertainty surrounding the US election does not appear to have put off larger US companies doing deals. October saw some $500bn of mega-mergers globally with over $320bn of this announced within the USA. The latest mega-deal is the $25bn merger of GE’s oil services business with the number three business Baker Hughes.

In Japan, the central bank accepted the inevitable and cut its inflation forecasts. It also extended its self-imposed time frame to achieve its 2% inflation target to April 2018.

In China, official activity data showed that manufacturing activity had expanded at its fastest rate in over two years in October. Two other activity measures were supportive of a pick-up in economic activity. China rail freight volume growth jumped to almost 10% year-on-year while electricity consumption has continued to grow at 6% since June.

Brent oil slipped back to under $46 amid renewed scepticism about OPEC’s ability to implement production cuts when it next meets on November 30th. In the USA, crude oil, inventories also saw the biggest weekly jump beating a 2012 record. In the UK, oil majors BP and Royal Dutch Shell issued trading updates and both said they were planning for prices per barrel in the low $50s in 2017 in a sign that the industry is adapting to ‘lower for longer’ market conditions.

Finally, our favourite Brexit story last week. The boss of pub group JD Wetherspoon, and vocal ‘Brexiteer’ Tim Martin said he could stop selling drinks from other European countries if Brussels was to keep ‘bullying’ the UK in its approach to Brexit negotiations.