We’re All Going on a Summer Holiday 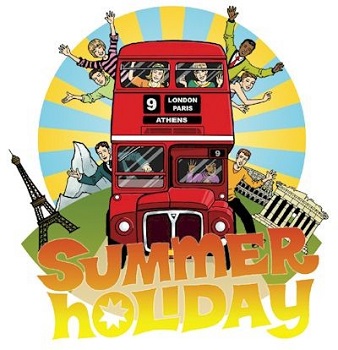 This is the last Alpha Bites of 2020 and what a year it has been – certainly one we will never forget, but equally one we would rather not remember. Looking back, little did we know then to what extent Covid-19 had been covered up by local officials in Hubei and how it had started to spread around the world. It really took hold across Europe with half-term and skiing holidays which ultimately appears to have been the source or the super-spreader event.

Besides day-to-day life, Covid-19 turned the world of investing upside-down. What had been defensive was no longer so as businesses were forced to stop trading. Equally it has accelerated structural trends such as online shopping.

Latterly, the stock market rotation that has emerged in recent months received a particular boost as the expensive ‘stay at home’ stocks, such as US technology, underperformed those areas focused on economic recovery.

So, what lies in store for us in 2021? Well, the vaccine development news is a game changer and is hopefully the beginning of the end for Covid-19. However, the roll-out of mass vaccination will take time so challenges will remain in the early part of the year. However, by the Summer we should be returning to some sort of normality and hopefully we will all be able to go on a summer holiday!

From an investment perspective, the long-term structural trends such as online shopping, environment, infrastructure and technology will continue to support ‘growth’ businesses. However, global economic recovery should also allow ‘cyclical’ and ‘value’ style investments to catch-up some of the lost ground to ‘growth’.

From a global perspective, the world will emerge from Covid-19 with ‘long-Covid’ symptoms – battered economies and enormous debt piles. Growth will therefore still rely upon central bank and government support – investors remain hopeful of a massive US fiscal stimulus package in early 2021. China remains supportive of its economy with major green infrastructure projects. The health of the two biggest economies should support global economic recovery in 2021.

However, challenges remain with the US and China battling for world domination with fundamental disagreements over technology, Hong Kong and Taiwan. The Middle East also remains a powder keg particularly following the assassination of Iran’s leading nuclear scientist. Meanwhile, as we write, Brexit talks are continuing down to the wire – can the UK and EU get some sort of deal over the line?

Challenges remain and one thing 2020 did prove, is that retail day traders and passive investing has made markets even more volatile these days. Nonetheless, equities still have the ability to ‘climb a wall of worry’.

2021 will no doubt provide markets with something else to worry about!

Hopes of a US fiscal stimulus package continued to counter the news of rising Covid-19 cases in America. Meanwhile, both Japan and the European Central Bank increased economic support measures. There was also speculation that the Bank of England may become more likely to respond to a Brexit ‘no deal’ scenario by introducing negative interest rates.

While vaccine development news has given markets a ‘shot in the arm’, in the meantime the pandemic remains challenging. In the US, cases continue to rise and the Thanksgiving travel effect is still to be seen. The US also recorded more than 3,000 deaths in the latest 24-hour period –the highest total in a single day anywhere in the world. California imposed a strict new lockdown that affects about 85% of the state’s 40million people.  Meanwhile, in Europe, Germany is to go into hard lockdown over the Christmas period with non-essential shops to close. In Asia, South Korea has increased social distancing rules for the capital Seoul after the country’s largest cluster of new cases in nine months.

The first vaccinations started in the UK although the health regulator has warned that people with a history of significant allergic reaction should not have the Pfizer vaccine after two NHS workers had allergic reactions. Germany has announced it is looking to vaccinate 8m people in the first quarter of 2021 and is hopeful it can cover the whole population by the Summer. In the US, President-elect Joe Biden has set a goal of 100miilion vaccinations in his first 100 days in office. The United Arab Emirates Government said China’s Covid-19 vaccine tested in the country is 86% effective, after analysing third-phase trials.

The US looks poised to sanction more Chinese officials in response to Beijing’s crackdown on Hong Kong.

The news that yet another Brexit trade talk deadline turns out not to have been a deadline after all should come as a surprise to absolutely nobody. Both the EU and UK pledged to ‘go the extra mile’. Media have reported that after last week’s hostility between the two sides that there have been positive discussions on the issue of ‘level playing field’. The EU’s chief negotiator Michel Barnier said ‘we are going to give every chance to this agreement, which is still possible’. However, Boris Johnson told his cabinet to prepare for no-deal and suggested that the UK and EU remained ‘very far apart’. This morning Sterling has recovered to $1.34 as traders sense some sort of agreement may still be reached at the last second to mid-night to avoid ‘no deal’.

In the UK, regardless of the Brexit outcome, a surge in demand for imports and a backlog of empty shipping containers is causing serious bottlenecks at UK ports. Honda, which is due to close its Swindon car plant next year has had to temporarily halt production due to a shortage of parts. There are also reports that builders are running short of everything from power tools and screws to timber and roof tiles. Meanwhile, Royal Mail acknowledged delays to its deliveries amid ‘exceptionally high volumes’ of post with Christmas online shopping and due to Covid-19 measures.

The European Central Bank (ECB) increased its bond buying programme by €500bn warning that ‘uncertainty remains high, including with regard to the dynamics of the pandemic and the timing of vaccine roll-outs’.

In the US, the White House unveiled a $916bn stimulus proposal in an attempt to break the political log-jam and support the economy before President Donald Trump leaves office in January. Meanwhile, the US Senate approved and President Trump signed a one-week budget stop-gap to avoid a government shutdown.

Japan’s new government unveiled its first fiscal stimulus package of over $700bn amid an increase in Covid-19 cases. The latest Tankan survey for the fourth quarter suggested that the Japanese economy is now firmly in the recovery phase.

China recorded a trade surplus of over $75bn in November, the biggest monthly rise in its history with record shipments to a number of American ports. Exports of PPE and electronic equipment have been strong. While we love a good conspiracy theory, we note the coincidental ability of Chinese manufacturers to take advantage of the western demand for products to enable them work from home during Covid-19 lockdown!  China has been the big winner in the Covid-19 consumer product sector. However, not everything in China is rosy as more Chinese state-owned companies are starting to default on their debts and the problem has got worse in recent weeks.

Brent oil edged up above $50 aided by the positive Covid-19 vaccine news.

Finally, we wish all our readers a Merry Christmas and Prosperous New Year. Clearly, Christmas is not going to be the same for any of us this year but it could be worse. In 1647, Oliver Cromwell banned Christmas!