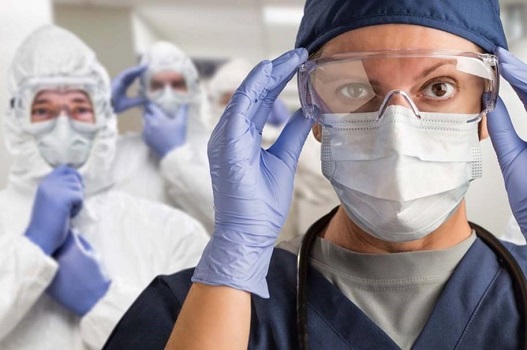 Given the growing number of news headlines, you will be aware the UK is facing a cost-of-living crisis. From the new tax year, an increase in national insurance contributions will add to the burden faced by many households.

It is galling therefore, to learn how much money has been wasted by the government during the Covid-19 Personal Protective Equipment (PPE) debacle. Some £12bn is to be raised by the National Insurance hike, yet it is estimated that almost £9bn has been wasted on inadequate PPE. In addition, it is thought that a further £4.3bn has been lost to Covid-19 loan support scams.

Additionally, it is a crying shame that nearly five billion items of NHS PPE, worth £2.7billion will go to waste, a minister has admitted.

Hindsight is a truly wonderful thing and the way Covid-19 spread from China to Europe and then the UK meant that we were towards the back of the queue in sourcing enough of the right quality PPE in sufficient volume. Manufacturers of PPE could not keep up with demand, leading to inflated prices and some newly created suppliers, with no proven track record and established solely to source PPE no doubt exploited the market situation to the maximum.  With the NHS and care homes at the start of the pandemic crying out for PPE and the media screaming for action, perhaps quantity took precedence over quality? Ordering protocols appear to have been ignored in the panic.  ‘Lessons will be learned’, but will anyone be held accountable? What a waste!

Meanwhile, the WHO has highlighted the sheer volume of waste generated by the Covid-19 pandemic. It is estimated that 3.4billion single-use face masks alone were discarded in 2020 alone around the world. The WHO estimates that some 1.5 billion medical items have ended up as rubbish, equivalent to the weight of 262,000 jumbo jets! Given the concerns about the amount of single use plastic in the world’s oceans, this news from the WHO is rather depressing.

Government bond yields have risen quite aggressively over the last week or so, particularly in Europe following the shift to a more ‘hawkish’ interest rate stance by the European Central Bank. The spread between Italian and German government bonds -a key measure of stress in the eurozone bond market – reached its highest level since mid-2020. Italian bond yields rose back to the level reached in April 2020 during the first wave of Covid-19, while the yield on Greek bonds moved back above that of mid-2019. Elsewhere, Spanish bond yields hit a three-year high while ‘safe haven’ German bond yields which at one point were negative, are now firmly positive. Across the pond, US inflation data saw the 10-year US Treasury yield climb to over 2% at one point before settling back to 1.95%. Markets are having to adjust swiftly to an end of QE and the transition to QT and higher borrowing costs. The strains must be building rapidly in credit markets given the speed of the rise in government bond yields.

The Russia-Ukraine crisis continued to overshadow energy markets. Following a meeting in Washington with the new German Chancellor Olaf Scholz, President Joe Biden threatened to shut down the Nord Stream 2 gas pipeline if Russia invades Ukraine. An hour-long conversation over the weekend between President Biden and Putin made no breakthrough. A number of countries have advised their citizens to leave the Ukraine immediately. If you subscribe to the view that President Xi Jinping has asked President Putin not to invade until after the Winter Olympics, then you may want to note that the closing ceremony is Sunday 20th February.

In the UK, BRC retail sales for January showed sales up by almost 12% on a year ago. Furniture sales were particularly strong although higher inflation contributed to growth. Barclaycard reported a slowdown in sales growth to 7.4% in January with credit card holders reporting a greater squeeze on household finances. Meanwhile, England is to end all Covid-19 rules from the end of February which is one month earlier than current legislation outlines. Given this decision appears to have been taken by PM Boris Johnson, is it another attempt to rally support for his leadership amongst wavering Conservative MPs? Meanwhile, the impact of Omicron on the UK economy in December was less than feared and fourth quarter economic growth confirmed the UK as the fastest growing G7 nation in 2021 albeit the UK started from a lower base position after a 9.4% contraction in 2020. Given the economic growth data, the Bank of England looks almost certain to raise interest rates by 0.25% at its next meeting in mid-March but will it hike by 0.5%?

The European Commission cut its economic growth forecast for the region for 2022 from 4.3% to 4% due to inflation, higher energy prices and supply chain disruption. The growth forecast for 2023 has however been nudged up from 2.4% to 2.7%. Inflation is forecast to increase to 3.9% in 2022 but varies greatly by country with Belgium at 2.7% but Portugal, Spain and Poland at 5.5%.

US inflation touched a 40 -year high in January and was higher than expected. Inflation climbed by 0.6% month-on-month but on an annualised basis increased to 7.5%. Markets immediately assumed this meant an increased likelihood of a 0.5% rather than 0.25% interest hike by the Federal Reserve at its next meeting in mid-March.

Brent oil touched $94 on a combination of a possible invasion of Ukraine and the prospect of the removal of sanctions on Iranian oil sales. The US has said an Iran nuclear deal is possible as talks resume in Vienna.

Finally, in the shift to a greener future the government appears to have woken up to a potential £35bn hole in its longer-term finances. Sales of new petrol and diesel cars will be banned from 2030.  Vehicle excise duty and fuel duty are not levied on electric vehicles so a new motoring tax will be required to plug the hole. Road pricing appears the most likely candidate. Given the state of some roads and pot hole damage, many drivers may ask how much of the current ‘road tax’ is actually spent maintaining our road network?