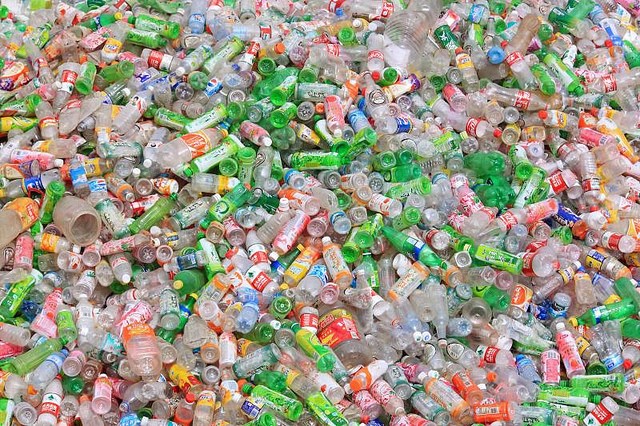 Overnight the UK’s National Audit Office (NAO) has revealed that over half of the packaging reported as recycled, is actually being sent abroad to be ‘processed’.

For decades, China was the world’s largest importer of waste — a status that many countries took for granted, However, from January this year in a surprise move, Beijing brought into force a new policy banning imports of 24 types of non-industrial plastic waste. Whilst a commendable move, the abrupt change in policy has ramifications. What do we do with our waste? The United States’ representatives at the WTO has asked China to halt the plan, the EU is mulling a tax on plastics usage, the UK needs to take greater responsibility when exporting our recycling waste.

As China takes steps towards environmental protection, one area they should examine more closely is their own use of CFC-11 chlorofluorocarbons.

Due to the discovery of a hole in the ozone layer over Antarctica in the eighties, the World acted, signing up to the Montreal Protocol to stop the use of CFC-11 in refrigeration, air conditioning and solvents. China signed up and was expected to comply by 2010.

The Environmental Investigations Agency (EIA) has recently discovered the wide use of CFC-11 in China’s housebuilding industry, where it is being used to expand rigid thermal insulation to cut energy bills and reduce carbon emissions!  ‘Companies very openly confirmed using CFC-11 while acknowledging it was illegal.’ ‘One seller of CFC-11 estimated that 70% of China’s domestic sales used the illegal gas.’

While many consumers, companies and governments are at a headline level adopting a more environmentally friendly stance, this is another reminder that new regulations are only effective, if properly enforced.

The IMF published its latest Global Economic Outlook which, left both its 2018 and 2019 global growth forecast at 3.9%, but it did warn that the expansion is becoming less even and risks to the outlook were mounting. In particular, the IMF highlighted that growth had become less synchronised, with a widening gap between the growth of the US and other developed economies. The biggest risk remains global trade tariffs. The IMF estimates this could knock at least 0.5% of its economic growth projections.

The UK equity market was supported by Sterling weakness which dropped below $1.31 on a combination of UK political/Brexit related uncertainty, positive comments about the American economy and the path of UK interest rates.

PM Theresa May narrowly avoided a defeat on her Customs Bill after agreeing to Brexiteers’ demands to change its wording. Normally outspoken EU leaders kept quiet but must be concerned that the PM, or anyone that might replace her, would have the political strength to get a Brexit deal agreed with Brussels and then passed by Parliament. Meanwhile, Astra Zeneca announced that it has invested £40m in stockpiling additional drugs it currently sources from Europe as a precaution in case of a ‘hard Brexit’ in 2019.

Barnier said the EU is ready to negotiate on alternatives for preventing a hard border in Ireland. The backstop plans are intended to ensure there will be no hard border on the island even if a long-term solution cannot be found before the end of the post-Brexit transition period.

In the UK, both retail sales and Public Sector Net Borrowing excluding Banks showed some positive momentum; however, market expectations were high (for retail sales in particular) due to weather conditions. Whilst warm weather and the World Cup drove food sales higher, other retail sectors such as clothing had to contend with a negative impact in footfall. In terms of the public finances, a £16.8bn budged deficit was reported for the first three months of the current fiscal year, which represents a 24.4% decline from £22.2bn reported in April-June 2017, and the lowest level since before the financial crisis.

UK inflation undershot expectations, which in combination with the mixed retail sales data, pared back expectations of an interest rate rise in August.

In the US, retail sales provided further evidence that consumer spending accelerated through Q2, allaying recent concerns that American households may have been saving a significant proportion of the boost from tax cuts. The Fed Chair, Jerome Powell said that ‘for now, the best way forward is to keep gradually raising interest rates’. He said that there was no evidence of trade tensions coming through in economic data but that the Fed ‘was hearing a chorus of concerns’. In contrast to the Fed’s hawkish stance, President Trump tweeted on Friday: “Debt coming due & we are raising rates – Really?”

Not only did Trump challenge an independent US institution, but he also defied his own country’s intelligence assessments by exonerating Russia of interfering in the US elections during his meeting with Vladimir Putin. His statement, however, was rectified on Tuesday as Trump confirmed he had misspoken in an unsuccessful attempt to use a double negative. The sentence should have been ‘I don’t see any reason why it wouldn’t be Russia’ (who interfered in the campaign).

As a final remark from President Trump, he said he is “ready to go” with tariffs on $500bn of Chinese imports, which represents an approximate value of all Chinese goods imported into the US last year.

Brent oil edged lower to a three-month low of $72 on mixed Chinese economic data and signs that Saudi Arabia may be reacting to President Trump’s earlier demands by increasing output ahead of the level recently agreed at the OPEC meeting.

Meanwhile, the US Treasury Secretary Steve Mnuchin said that Washington’s aim is to squeeze Iran’s oil exports ‘to zero’, but in certain cases ‘we’ll consider exceptions.’

Finally, a model of the UK’s planned new fighter jet, the Tempest, was unveiled last week at the Farnborough Air Show. The hope is to see it flying by 2035. Interestingly, the jet could be used with either pilots or as a drone. Is anyone’s career safe from the rise of the robots?