A Wolf in Sheep’s Clothing 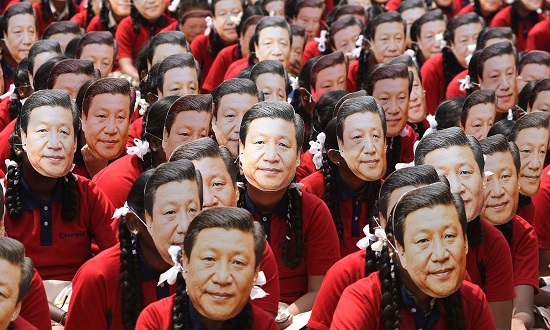 The Chinese foreign ministry has been taking an increasingly strident tone against the US and its allies in what has been dubbed ‘wolf-warrior diplomacy’, named after popular Chinese action films based on its special forces. This has seen it adopt a new approach which appears popular inside China, with a move from conservative, passive and low-key to assertive, pro-active and high-profile.

Wolf warrior diplomacy has seen Chinese diplomats defend China’s national interests, often in confrontational ways. China has received a lot of criticism over its handling of the Covid-19 outbreak. The latest criticism came from a Harvard report analysing satellite images of hospital car parks in Wuhan and a rise in online searches for symptoms like ‘cough’ which suggest Covid-19 could have originated as early as Autumn 2019.

Wolf warrior diplomacy has already seen China hitting out at those perceived to be on Washington’s side. For example, China suspended some beef imports from Australia after the latter called for a global enquiry into the origins of the Covid-19 outbreak.

The UK could also be in the ‘cross hairs’ of China’s new diplomacy having offered visa options to the people of Hong Kong following China’s introduction of a new security law. Let’s also not forget Huawei and 5G.

In May, China’s foreign minister Wang Yi said that US political attacks on China over Covid-19 and global trade matters ‘are taking China-US relations hostage and pushing our two countries to the brink of a new cold war’. Due to political, ideological and cultural differences, Western suspicions about the Chinese government and anxiety about China’s rise will not disappear anytime soon. The Covid-19 pandemic has exacerbated such distrust and misapprehension.

Having the two biggest global economies at loggerheads at a time when the world economy is looking to recover from Covid-19 pandemic is a concern. However, US Secretary of State Mike Pompeo met China’s senior foreign policy minister in Hawaii last week, so at least both countries appear to be maintaining communications via diplomatic channels. The language between the two super-powers is likely to remain pretty elevated and we have to hope that neither side wants to incur more economic pain by allowing ‘phase one’ of the current trade deal to stall.

Markets started last week on a more cautious footing following the reports of more new cases of Covid-19 from a wholesale market in Beijing. China’s Vice Premier Sun Chunlan warned that ‘the risk of the Beijing outbreak spreading is very high’. Ominously, all schools in Beijing have been closed and travel restrictions imposed. While parts of Europe unlocked and many UK shops re-opened, this was offset by news that Iran and India have reported a worrying rise in deaths and infections and the pandemic is gathering pace in Latin America. In India, Chennai (formerly Madras) with a population of 15million, has re-imposed a lockdown after a surge in new cases. In the US, Arizona, Florida and Texas reported their largest daily increase in infections. Apple announced it was closing some stores in the affected states but President Trump insisted a second lockdown would not be imposed.

There was some encouraging news however with a trial from Oxford University using a low-dose steroid which is widely available that has been shown to cut the risk of death for patients on ventilators from 40% to 28%. However, without a vaccine, eradicating the virus will be like fighting a forest fire. For example, in Germany, the ‘R’ rate of infection has moved back up to 2.88.

Despite the ongoing Covid-19 risk, markets did receive support later in the week from central bankers or specifically the US Federal Reserve which will start purchasing individual corporate debt instruments. However, the Bank of England announced it is increasing its QE bond buying programme by £100bn. There was also supportive action from the Bank of Japan for Japanese companies. Market sentiment was also helped by news that President Trump is considering a $1trillion plan to spur the US economy.

The spectre of trade tariffs reared its head once again. US Treasury Secretary Steve Mnuchin has thrown into disarray plans for a global tax framework for technology giants such as Apple, Facebook and Google. He has suspended talks with the EU and warned of retaliatory measures if it presses ahead with their own taxes.

PM Boris Johnson has set an end-of-July deadline for sealing a UK-EU trade deal, amid growing optimism in London and Brussels that a post-Brexit agreement is possible.

In the UK, while the government’s furlough scheme offers an unprecedented amount of support to the labour market, more jobs are starting to be lost as the country emerges from lockdown. According to the ONS the number of paid employees dropped by over 600,000 between March and May while job vacancies slumped to a record low. To cushion the impact from the Covid-19 lockdown, the Bank of England announced it is to increase its QE bond buying programme by £100bn. The government is due to announce this Tuesday its guidelines on the 2-metre social distancing rule which is expected to be reduced to 1-metre, to help the UK hospitality sector in particular.

In Europe, new car sales dropped by 52% in May from a year before, despite the gradual easing of Covid-19 lockdown measures. This compares with a 76% fall in April.

In the US, the Fed ‘will begin buying a broad and diversified portfolio of corporate bonds to support market liquidity and the availability of credit for large employers.’ Markets were also given a boost by US retail sales which rebounded almost 18% in May, well ahead of expectations. Mortgage applications also increased by 8% last week to an -11-year high as the interest rate on a 30-year fixed rate loan dropped to an all-time low of 3.3%.

Japan’s central bank increased aid for struggling companies due to Covid-19 by expanding its zero-interest loan programme to businesses from JPY55trillion to JPY90trillion. Japan’s exports contracted by 28% in May, the sharpest decline since 2009.

Brent oil recovered to $42 as the International Energy Agency (IEA) forecast a rise in demand for oil in 2021. The IEA forecast oil demand would fall by over 8million barrels a day in 2020 but could bounce back by 5.7million in 2021, ‘the largest one-year jump ever recorded’.

Finally, given Covid-19 has overshadowed all other news and perhaps to remind everyone that it still means business – North Korea has blown up its joint liaison office with South Korea, near the border town of Kaesong that was opened in September 2018. Kim Jong-un is back!