Would you ‘Adam and Eve’ it? 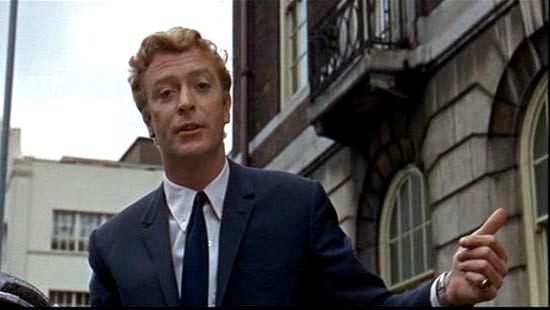 A new global code of conduct is being introduced in the foreign exchange market by the world’s major central banks. This is designed to stop traders and dealers sharing information and is part of efforts to head off abuses after two years of scandal over currency manipulation. It is estimated that banks globally, have been fined a staggering £200bn over the last six years for various misdemeanours.

The City of London is a leading player in global markets and a very important source of revenue to the UK so changes to operating procedures can be significant. The code of conduct also introduces a ban on cockney based rhyming slang used by some London traders in the currency market. In future, instead of saying ‘The Old Lady just bought half a yard of cable and there are plenty of bids for Bill and Ben’ dealers will be required to say ‘The Bank of England just bought half a billion British pounds against the US dollar and there’s interest to buy the Japanese Yen’.

Which got us thinking. Would you Adam and Eve it?

It looks as if 2015 is shaping up to be a record year for takeovers and is telling us something. Despite all the global geo-political uncertainties, Company management teams are in expansion mode, taking advantage of low finance costs and equity valuations must still be relatively attractive. The last week or so has seen Federal Express bid £3.2bn for TNT and the £47bn recommended offer for BG from Royal Dutch Shell which is one of the ten largest M&A deals globally.

By comparison, in the global bond market, QE continues to distort returns. Both Spain and Portugal’s two year bond yields both turned negative! Switzerland also became the first government in history to sell benchmark 10 year debt at a negative interest rate. While last week’s US jobs data may have deferred the prospect of the first interest rate hike, negative European bond yields are leading some income investors to buy US Treasury bonds. Despite signs that the US interest rate cycle may be turning, the 10 year US Treasury yield dropped to just over 1.9%.

Despite the help from lower oil prices, the IMF said that the world’s major economies should prepare for a prolonged period of significantly lower growth rates which will make it harder for governments to bring down debt levels. The Brookings-Financial Times tracking index also suggested that the global economy is mired in a ‘stop and go’ recovery ‘at risk of stalling again’. Despite this gloomy outlook, companies are in fine health particularly in the USA where shareholders in the biggest companies stand to receive a record $1trillion in cash from dividends and buy-backs this year.

In Europe, a senior Greek official said that a €420m Treasury bill payment due on April 14th should be paid but added that ‘next month is a different matter. We are going to run out of money unless reforms are legislated to make some bail-out funds available’. In the meantime, the Greek banking system is continuing to see cash flow out, with the deposit base estimated to have shrunk by €24bn or, almost by 15% since November. The clock continues to tick down to a possible ‘Grexit’ with Eurozone deputy finance ministers wanting an agreement on revised reforms, and a €7.2bn loan in time for a Euro group meeting on 24th April.

In the UK, the increasing prosperity of British consumers and historic low interest rates was reflected in the highest level of new car sales since 1998. Shoppers however, still appear to like a bargain and market share data showed Aldi overtake Waitrose to become the UK’s sixth largest supermarket chain.

In the USA, the FOMC minutes presented a wide range of views with some pointing to a June rate rise, some later in 2015 and some even talking of no rate rise until 2016.
While consumer spending has been affected by severe weather in Q1, a pick up is expected in coming months while inflation remains low due to the fall in gasoline prices.
Given the meeting minutes were produced before the release of the latest set of disappointing US jobs data, this has some led investors to expect the timing of the first interest rate hike to drift out.

Oil slipped after Saudi Arabia confirmed that it had raised its crude output to a record high in March at 10.3million barrels a day. The country’s oil minister said that production would continue around this level. ‘Saudi Arabia is willing to participate in restoring market stability and steering prices back up, but it can only do so with participation from major oil producing countries inside and outside OPEC’. In addition, the US weekly inventories data contradicted the view that the rate of storage increase is slowing.

The UK equity market has remained resilient in the face of Greece and the approaching UK general election. UK political uncertainty has been reflected in continued Sterling weakness against the US Dollar although this has helped propel the FTSE 100 to new highs as it comprises a significant amount of exporters and $ earners. We remain surprised how relaxed the market seems to be about a possible ‘Grexit’. The fact that some southern Eurozone countries have seen their bond yields turn negative is also surprising but this shows just how much ECB QE is distorting the market.

Finally, as we approach the UK general election did you know that David Cameron is the first Prime Minister since 1950 to enjoy a whole term with no interest rate rise? As Michel Caine would say, ‘Not a lot of people know that’. However, we have learned that he didn’t ever say this and that in fact it was the late Peter Sellers who did, when he impersonated Michael Caine on his telephone answering machine. Now, not a lot of people know that!