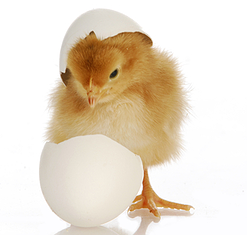 In this case he is, but for the rest of us medical advances and greater health awareness mean that Britons are tending to live longer. With over 85’s expected to double by 2032, it is the fastest growing age group, as a result the UK is going to have to devote more resources to the care of the elderly.

Despite growing demand for their services, nursing home operators are facing a major challenge with staff recruitment and staff costs. The introduction of the National Living Wage will see the minimum wage go up to £7.20 an hour from April.

The NHS remains free for patients, but care homes are means-tested. While elderly patients with cancer can go to the NHS, those with Alzheimer’s often have to pay for care. Local authorities under pressure to cut costs are squeezing private care home operators to provide services cheaper. They are also raising the bar for how severe problems have to be for some patients to receive residential care. This is, in turn putting strain on NHS hospitals which, are being forced to retain elderly patients longer while new accommodation is found. The crisis facing the private care sector has been described as an “industry on the brink of disaster.”

In summary, not only is this a big financial challenge for both the UK Government and the NHS, but suggests that we are all going to have to save more to provide for care in our later years.

Certain parts of the market continue to experience unprecedented volatility. Last week iron ore jumped 19% in a day, having already moved up over 40% so far this year. The reason for this one day jump? Well, apparently in China, the industrial city of Tangshan could see temporary air quality control measures introduced until the end of September for an upcoming flower show! Tangshan is a major steel producer and the city’s steel mills were believed to be actively buying iron ore to produce steel ahead of the forced shutdown.

Other commodities have also flown this year with oil climbing back above $40. Oil continues to be supported by expectations of a potential meeting between OPEC and non-OPEC producers later this month. In addition the IEA also suggested that market forces are beginning to work with higher cost producers cutting output while the increase in supply from Iran had been less dramatic than first feared. The sharp bounce in some commodity prices also appears to have been driven by hopes of more central bank stimulus particularly in China and Europe.

Markets listened for news from the National People’s Congress in China. As widely expected the authorities confirmed they are targeting growth of between 6.5%-7% with 6.5% being the baseline through to 2020. In order to achieve this they are also proposing a budgetary fiscal deficit of 3% of GDP this year up from 2.4% last year. They re-iterated that they will try to avoid a massive general fiscal stimulus but their recent actions seem to suggest a quite significant policy easing including record high new loans in January and Reserve Ratio cut for the banks. This is suggesting that the overall fiscal policy stance may loosen more than the central government fiscal deficit indicates.

In Europe, the pressure was well and truly on ECB President Mario Draghi to deliver something special. In the event he seemed to meet the most optimistic expectations. The ECB cut its main re-financing rate to zero, the QE programme was increased in scale from €60bn to €80bn, starting in April and was also extended to include corporate bonds. A new series of TLTROs, each with a maturity of four years, will be launched, starting in June 2016 so giving banks ‘free money’ to lend. However, ECB economic projections were lowered with inflation of just 0.1% expected and forecast to remain well below the 2% inflation target through until 2018. Eurozone GDP growth forecasts were also lowered to 1.4% for 2015, 1.7% for 2017 and 1.8% for 2018 with the ECB commenting that the risk to these forecasts remained on the downside. At the press conference Mario Draghi implied that if current economic conditions were to persist, further cuts to negative interest rates would not be necessary.

Overall, it appears to be a strong attempt to destroy the argument that the ECB has run out of room to manoeuvre and amounts to a comprehensive package. The focus on easing domestic credit rather than ways to weaken the currency is a positive development.

Eurozone growth in Q4 2015 was confirmed at +0.3% to give an annualised rate of growth of +1.6%, as firmer business investment offset the drag from exports with the downtrend in global trade.

In the UK, on Wednesday, George Osborne delivers his eighth Budget. At the recent G20 summit, two weeks ago, the Chancellor warned that with respect to fiscal policy, that he might have to make ‘further reductions’ due to global economic uncertainty, although a constraining factor for policy manoeuvre will be the forthcoming EU referendum on the 23rd of June. The British Chambers of Commerce downgraded its growth forecast for the UK from 2.5% to 2.2% reflecting the global slowdown.

In China, the latest inflation numbers nudged up to an annualised rate of 2.3% driven by a big surge in food prices. Chinese exports fell in February by the most in more than six years. While partly reflecting business shutdown during the Lunar New Year holiday, it does reflect weak global demand. In addition, retail sales and industrial production both fell relative to the prior month in February. However, fixed asset investment increased with higher property sales and new housing starts.

Finally, a sign of a slowing global economy and why central bankers are having to remain in a supportive mode in many parts of the world. In the UK, there was media uproar recently on news that over 1,000 jobs were to be lost in the UK steel industry, which was partly due to competition from China. Now, China’s largest steel maker has announced plans to cut its workforce, but this involves the loss of some 50,000 jobs!  China does need to address overcapacity issues in more state backed ‘zombie’ industrial companies’, but just where are all these Chinese steel workers going to find another job? China faces a major challenge to re-balance from manufacturing to a consumer led economy, but many Chinese citizens are about to discover just how painful a process this is likely to be.