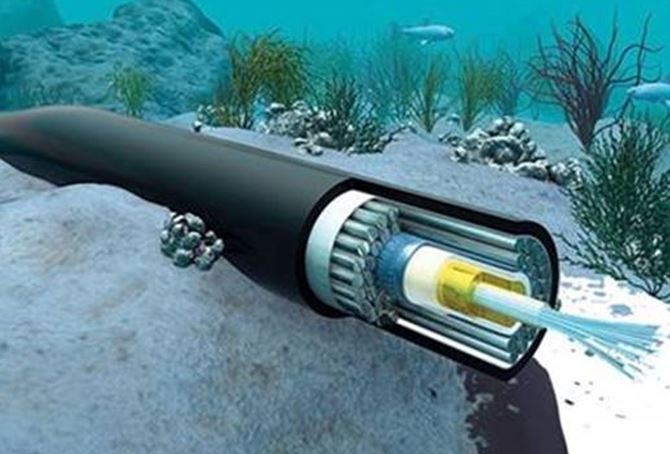 The global Covid-19 pandemic and working from home has made us all even more dependent upon reliable internet connection.

Google is building an undersea cable that will connect the United States, Brazil, Uruguay and Argentina, to bolster internet connection capacity between these regions. The cable, called Firmina, will be the longest cable in the World that’s capable of running entirely from a single power source. Submarine cables in service today total 1.3 million kilometres.

TeleGeography estimates that the major US technology companies such as Google, Facebook, Amazon and Microsoft have spent over £1bn between them on fibre cable network infrastructure over the last five years. While ensuring reliable access to internet services, one of the main drivers of the increased investment is the rapid growth in cloud computing with the development of services like Amazon’s AWS and Microsoft’s Azure.

However, the reliance on underwater cables has raised national security challenges. Earlier this year, Facebook dropped plans for a cable between California and Hong Kong due to pressure from the US government. Security of the underwater cable network is also reflected in the fact that in the UK, the Royal Navy has announced the construction of a surveillance ship to protect critical cables from sabotage due to submarine warfare.

A number of anti-capitalist measures introduced in China caught global markets unawares last week. President Xi Jinping announced a major clampdown on China’s booming private education sector, as well as introducing tighter rules for property management and a wide range of online services from food delivery to music streaming. This follows the ongoing crackdown on China’s tech-giants and TenCent slumped 10% after the company’s music arm gave up exclusive music rights and was hit by fines.

The Hang Seng Tech Index – Asia’s answer to the US NASDAQ for technology businesses, dropped on the news and is now in negative territory almost one year after it was first launched. In recent years, the Chinese authorities have been endeavouring to shift the driver of economic growth from government infrastructure investment to consumer spending. Given the heavy investment in Chinese equities by the populace you have to question how far can the Chinese authorities let share prices fall if they are not to dent consumer confidence. Beijing has subsequently attempted to calm market fears with the China Securities Regulatory Commission hosting a call with the executives of international investment banks suggesting that the sudden and unexpected action against the private education sector is not going to spread to other industries.

The Covid-19 Delta variant also continued to cast a shadow over markets. In China, a cluster of infections in Nanjing has apparently been traced to airport workers who cleaned a plane from Russia earlier this month but has now spread to Beijing and over twenty other cities. Japan extended a state of emergency a week into the Olympics in Tokyo as a record number of new cases were reported. Meanwhile, the US is ramping up efforts to get more people vaccinated in the face of a surge in Delta variant cases.

Scientific ‘experts’ were telling us that daily Covid-19 cases were likely to hit 100,000 in this wave but UK cases have been falling for a week now. Perhaps a sign that vaccination is making a real difference this time? Over 88.5% of the adult population has now had a first jab and over 72.5% both jabs. However, this encouraging news is being offset by continued disruption to businesses from the NHS app ‘ping-demic’ coinciding with the start of the summer holidays. Almost 700,000 ‘pings’ sent in England and Wales in the week ending 21st July. However, the opening up of the economy and progress on double vaccination along with comments from the US Federal reserve has helped Sterling to recover back above $1.39.

Eurozone economic growth in the second quarter was stronger than expected helped by the southern nations such as Italy, Portugal and Spain which benefited from some limited resumption of travel. Headline inflation rose above the ECB’s 2% annualised target rate in July and could well hit 3% by the end of the year with significantly higher energy prices.

In the US, Senators finalised President Joe Biden’s infrastructure package – roads, bridges, waterways, broadband, clean energy – with some $1trillion of funding which is expected to be approved in days. Meanwhile, the US Federal Reserve (Fed) at its latest meeting maintained a steady stance on monetary policy although the accompanying statement did reveal a shift in tone. The Fed now deems that the US economy has made progress towards its maximum employment and price stability goals and that this progress will continue to be monitored in future meetings, suggesting that the tapering of asset purchases is on the horizon. Fed Chair Jerome Powell was keen to emphasise that raising interest rates was not even on the Fed’s radar yet and that it still views the recent spike in inflation as transitory. Meanwhile, the US economy grew at an annualised 6.5% in the second quarter, although this was below forecasts of 8.5% but this appeared to be due to a sharp inventory drawdown which is likely to reverse in the third quarter.

Chinese factory activity weakened in July to its lowest level since the start of the pandemic, reflecting slowing demand, softer exports and extreme weather.

Brent oil remained around $75 despite reports of an Iranian drone attack on an Israeli oil tanker off Oman.

Finally, the BBC reports that the government is considering ways to block China’s involvement in future UK nuclear power projects. In addition, Boris Johnson has asked his national security adviser to look into the takeover of Newport Wafer Fab, one of the UK’s largest computer chip plants owned by a Chinese-backed company, Nexperia. Could the £23bn Hinkley Point C project currently underway in Somerset be threatened due to its backing from China General Nuclear?