2018 was a dog’s breakfast. What does the future hold? 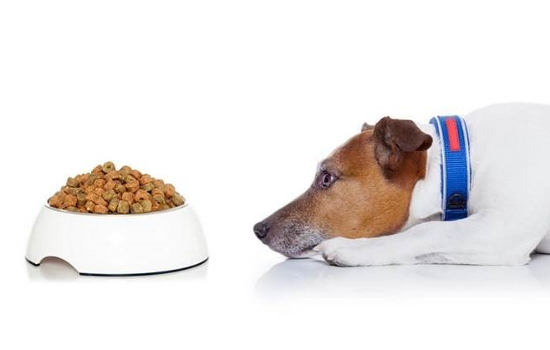 2018 was the year of the Dog in the Chinese Zodiac. China’s stock market proved to be a dog with the largest fall in 2018 of over 24%. However, it wasn’t much better for many other markets. Those markets more exposed to global economic slowdown suffered the most, with Germany down over 18% and Japan down by over 12%. Commodities were also hit hard with Brent oil down 19% and copper down by over 21%.

The US, helped by Trump’s tax boost was the most resilient market but still finished down by 6%. The UK market proved more resilient in the final quarter of 2018, but the FTSE 100 still ended 2018 some 12.5% lower.

There was a combination of factors behind the sell-off in global markets in the final quarter of 2018 some of which are likely to cause continued volatility:

and not forgetting Brexit

While markets had widely anticipated a 0.25% US interest rate hike, many had expected a more ‘dovish’ tone from Fed Chair Jerome Powell. The Fed forward guidance of two further potential interest rate hikes in 2019 was therefore something of a reality check for investors with many anticipating only one more hike in view of economic uncertainty. This prompted Trump to tweet warning that the Fed is increasing interest rates too fast. This in turn caused more jitters as rumours circulated that the President wanted to sack Jerome Powell.

US investors were further unnerved by Treasury Secretary Steve Mnuchin who announced, given stock market volatility, that as a precautionary move he had met leading US bank executives to confirm that they had ample liquidity to lend. Rather than re-assure investors this further unnerved them as many wondered if he knew something that they did not. US interest rate policy is now better understood and given the political and trade uncertainty the US, Fed may well adopt a more cautious approach to further potential interest rate hikes.

The US government went into temporary shutdown over the Christmas period. President Trump and the Democrats remain embattled over funding for his proposed border wall with Mexico.

Turning to the US and China trade tariffs, in early December the US announced the start of a 90-day ‘trade truce’, ending 1st March, to allow more detailed discussions on key areas of disagreement. Initially, investors were encouraged by President Trump who tweeted ‘Very productive conversations ongoing in China! Watch for some important announcements’. However, uncertainty has been created by the arrest in Canada of Huawei CFO Meng Wanzhou who is facing extradition to the US. She is accused of using a Huawei subsidiary to evade US sanctions on Iran.

We do wonder if the US trade agenda has much more to do with limiting China’s future geo-political influence as it has to do with trade deficits. Chinese economic growth is slowing due to the reforms initiated by the authorities, but trade tariff uncertainty is not helping with manufacturing at a three- year low and the latest activity indicators now in contraction territory. Hopefully, common sense will prevail and President Trump recently tweeted ‘Big progress being made’, following a phone call with President Xi.

In the UK, the Brexit chaos continued as PM Theresa May deferred the Withdrawal Agreement vote with parliamentary defeat staring her in the face. This was closely followed by a vote of no confidence in her leadership which she survived with the same number of votes she was elected with two years ago. This, of course does not change anything about the immense challenge of getting the proposed deal with the EU through Parliament. The Brexit vote set for the week of 14th January now becomes more important than ever. In the meantime, Brexit uncertainty is likely to continue to be reflected in weaker business investment, house prices, as well as consumer spending.

The EU has had other problems besides Brexit having had a standoff with the new Italian government over its budget deficit target. The Italian coalition government has now approved a revised budget deficit for 2019 albeit less of a reduction than European Commission officials had hoped for. Meanwhile, in France, President Macron made concessions to the ‘Yellow Vest’ protestors but the protests of recent weeks may have already caused a lot of damage to the French economy. The powerhouse of the European economy Germany has also suffered, particularly the car manufacturing industry, first from the earlier emissions scandal but more recently from trade tariff uncertainty.

Slowing economic growth and political uncertainty in the US also saw oil prices continue to fall with Brent down below $54. This was despite OPEC agreeing to cut production by 1.2million barrels a day from January 2019.

Finally, if all of the above were not enough to keep our minds occupied there are also ongoing geo-political issues to consider. In a New Year speech, Chinese President XI Jinping has urged the people of Taiwan to accept it ‘must and will be’ reunited with China and warned that China has the right to use force. Not wanting to be forgotten, Kim Jong-un in his New Year speech warned of a ‘new path’ if the US does not relax sanctions against North Korea but did add that he was ready to meet President Trump ‘anytime’.

In summary, whilst 2019 starts with many unresolved issues, comfort can be taken from the fact that these are typically well known by markets.

Importantly, US interest rate policy is now better understood and given the political and trade uncertainty in the US, the Fed may well adopt a more cautious approach to further potential interest rate hikes.

This in combination with the derating that stock markets have typically seen in recent months should provide some support, and as such there are reasons for cautious optimism.