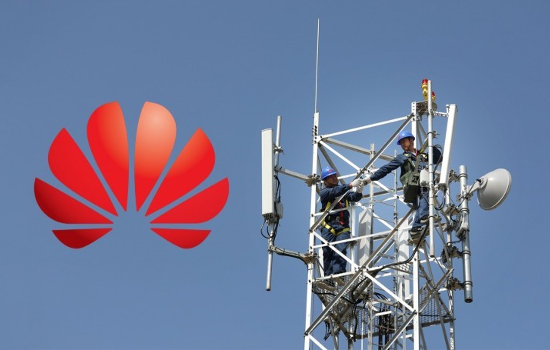 Huawei (pronounced Wah Wey) is one of the world’s biggest makers of smartphones and networking equipment. The New Zealand government is the latest to prevent Huawei supplying a local mobile network with 5G equipment. Three members of the Five Eyes intelligence alliance have now acted against the Shenzhen-based company whilst Canada is carrying out a security review of its own. Last week, Alex Younger, the head of MI6 flagged security concerns and suggested the UK needed to decide if it was comfortable using technology owned by the Chinese.

Meanwhile, China’s anger is growing over the arrest of Huawei CFO Meng Wanzhou who has been detained in Vancouver since December 1st facing extradition to the United States. She is accused of using a Huawei subsidiary, Skycom, to evade US sanctions on Iran. President Trump has said he could intervene if it helps to avoid a further decline in US relations with China.

In the UK, BT confirmed it is removing Huawei equipment from the most sensitive parts of its mobile network. The company already has a policy of not using the Chinese firm’s equipment in the ‘nerve centres’ of its broadband network and following its purchase of EE it removed components from the mobile network.

Hopefully, the world’s two biggest economies can come to some sort of agreement in trade before the end of the 90-day truce. However, the Huawei news is a reminder of how, in the internet age of cybercrime and cyber warfare we are all connected and potentially at risk. While not connected with Huawei, the recent O2 smartphone outage in the UK, due to an expired software certification problem at supplier Ericsson, created untold problems for its business and private customers.

A resolution on global trade is one of the most important issues for markets going into 2019. Elsewhere, UK political chaos dominated headlines while the EU has other challenges besides Brexit. It looks as though, besides Italy, France will breach the EU’s 3% budget ceiling in 2019, as protesters turned out across France for a fifth successive weekend.

The Global Times, the state-backed Chinese newspaper carried an article warning ‘Banning Chinese companies like Huawei will isolate the US from the digital economy of the future’. As with an earlier dispute between China and Japan, where Chinese consumers were encouraged by the media to stop buying Japanese cars, it appears something similar could happen with smartphones, presenting a challenge for the likes of Apple and other US technology companies.  However, markets took encouragement from yet another Trump tweet. The President said ’Very productive conversations going on in China! Watch for some important announcements!’ Media reports suggested that China intends cutting its trade tariffs on US car imports and to allow greater domestic access to overseas companies.

The Brexit chaos continues as PM Theresa May deferred the Withdrawal Agreement vote with Parliamentary defeat staring her in the face. This was closely followed by a vote of no confidence in her leadership which she survived with the same number of votes she was elected with two years ago. This, of course, does not change anything about the impossibility of getting the proposed deal with the EU through Parliament. We now have a three-way game of political chicken. There are Brexiteers on the right trying for some kind of managed ‘no deal’, a central group pushing for a Norway-plus solution and then the Labour Party and Scottish Nationalists who want a general election or, failing that, a second referendum. The uncertainty saw Sterling slip to under $1.25 before recovering to $1.265.

In the UK, wage growth accelerated to 3.3% in the three months to October which is positive for consumer spending were it not for the current Brexit uncertainty. The Royal Institution of Chartered Surveyors (RICS) also confirmed that Brexit uncertainty was overhanging the housing market with the number of homes sold and prices expected to be lower over the next three months.

In Europe, President Emmanuel Macron made concessions to the ‘Yellow Vest’ protestors by raising minimum wage and proposing tax incentives for overtime work. However, the protests of recent weeks may have already caused a lot of damage to the French economy and the Banque de France cut its fourth quarter economic growth forecast from 0.4% to 0.2%. More significantly, the French 2019 budget deficit could increase to 3.4% which along with the Italian budget deficit creates a headache for the EU.

In the USA, President Trump repeatedly threatened a government shutdown over funding his proposed border wall in a budget row with top Democrats, in the first meeting since the Democrats took control of the House of Representatives in the November mid-term elections. Trump has asked for $5bn but Democrats said they had agreed to extend funding for the Department of Homeland at current levels ($1.3bn) until September 2019. If a federal budget cannot be agreed, funding for some government departments will run out this week. On the central bank front, a +25bp increase in the Fed funds target rate on Wednesday is almost a certainty, while the implied rate expectations are pointing to only one further hike next year.

Brent oil dropped to $60 after Iran warned that discord amongst OPEC countries may delay the expected production cuts. Crude inventories also declined by less than expected raising concerns about a potential glut in oil markets.

Finally, a story that sounds more like something from a ‘Father Ted’ Christmas special. Two nuns who worked at a Catholic school in California have admitted embezzling $500,000 and using it to gamble in Las Vegas. The sisters, who recently retired, have expressed deep remorse, and while police have been informed, no criminal charges are to be brought against them. Brings a whole new meaning to the phrase ‘gambling habit’!

This is the last Alpha Bites of 2018 so here’s wishing all our readers a Merry Christmas!