A Warmer but Wetter Outlook 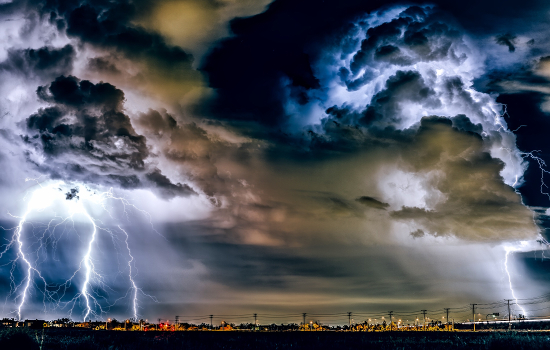 The UK is a world leader in tackling climate change – with emissions reduced by more than 40% since 1990. However, in its first major update on climate change in almost 10 years, the Met Office has warned of significant temperature rises in the decades ahead. The UK Climate Projections 2018 or UKCP18 study suggests summer temperatures in the UK could be 5.4C hotter by 2070. By 2050, a summer as warm as 2018 could be expected every other year.

The report also flags coastal flooding is more likely and could be more severe, while there is also the likelihood of even more flash flooding due to storms.

Last week saw the United Nations sponsored climate change talks in Poland, the first since a recent study showed that CO2 emissions are on the rise after stalling for four years. Meanwhile, the World Bank has announced $200bn in funding over five years to support countries taking action against climate change.

For investors, just like Brexit, when it comes to the weather, there are always winners and losers. A warmer UK climate is better news for tourism, UK wine growers, ice cream sellers, air conditioning firms and the tourist industry. Water companies and farmers may not be so happy.

As important as the Brexit vote is this week, there are even more significant developments for global investors to consider with relations between the world’s two biggest economies, the US and China firmly in the spotlight.  The Huawei news was an unexpected trigger that sent a shockwave across global markets.

Last week started positively with news of the US and China ‘trade war truce’ but market euphoria quickly evaporated and global markets went sharply into reverse. US investors started fretting over US Treasury yield curve inversion (two-year yields below the five-year) which has tended to be an early, if somewhat unreliable, lead indicator of recession. Recent economic data suggests the US economy remains a long way from recession, although the more reliable indicator, the two and ten-year yield curve has flattened.

Following the G20 meeting, President Trump tweeted that Beijing had ‘agreed to reduce and remove tariffs on cars coming into China from the US’. China has not yet confirmed the move and President Trump’s advisors appear less certain about the agreement. Matters have not been helped by Trump tweeting ‘I am a tariff man’. However, while China has since expressed confidence that a trade deal is achievable tensions have been re-ignited by the arrest in Canada of the chief financial officer (CFO) of China’s leading telecoms company, Huawei. The CFO happens to be the daughter of the founder of Huawei. The arrest appears to be connected with an investigation into sanctions against Iran and she could be extradited to the US. Subsequently, the US has confirmed that the 90-day truce is a ‘hard deadline’, while China has threatened further action if needed regarding the Huawei arrest.

Turning to Brexit, PM Theresa May managed to achieve two extraordinary feats in one day. First, she lost three crucial votes in the Commons, the first time this has happened to a government in 40 years. Second, for the first time ever, the government was held in contempt of Parliament for not publishing the full legal advice on the proposed Brexit deal. Sterling dropped back to $1.27 on these developments. Does anybody still want to bet on the deal being approved by Parliament tomorrow?

The most significant Brexit development was not in the UK but in Europe. The European Court of Justice said that the UK could cancel Brexit without asking the permission of other countries. First, this makes ‘no deal Brexit’ significantly less likely. Second, it makes ‘no Brexit at least for now’ more likely. Within the ‘no Brexit’ scenarios, a unilateral revocation on the UK’s part looks more likely than a joint UK-EU decision to extend the Article 50 negotiation period. A second referendum strikes us as rather more likely than a general election in driving a decision to revoke.

In the UK, manufacturing activity data was better than expected in November although the outlook commentary was downbeat. The service sector activity data for November, while still in expansion territory, saw growth slow significantly. Perhaps MPs may begin to realise the extent to which Brexit uncertainty is draining momentum from the UK economy?

In Europe, following riots across France, President Macron is expected to announce tax cuts and subsidies to lower income families.

In the USA, the Wall Street Journal carried a report suggesting that the Federal Reserve (Fed) may consider a ‘wait and see’ approach to further interest rate hikes at this week’s meeting. Fed Chair Jerome Powell also made a speech underlining the strength of the US economy.

Brent oil recovered to $62 after oil producers agreed to cut production from January by 1.2million barrels a day. OPEC will cut by 800,000 barrels while allies of a cartel led by Russia will cut output by 400,000 barrels.

Finally, there is always something unexpected to catch out investors. While globally, everyone was caught out by the Huawei arrest, closer to home, shares in fashion brand Ted Baker fell heavily as it announced that founder and Chief Executive Ray Kelvin is taking a leave of absence while the company investigates claims of harassment. Mr Kelvin owns 35% of Ted Baker, which on paper is worth £55m less than before this unexpected development.