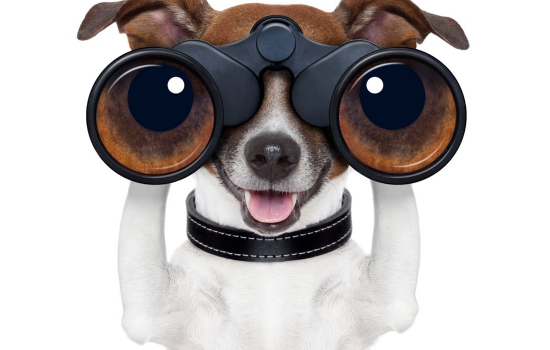 Under fire audit watchdog, the Financial Reporting Council, is investigating a growing number of cases involving the UK’s leading accountancy firms. The latest investigation involves alleged misconduct relating to audit work carried out at mattress company Silentnight. This adds to a growing list of other well publicised audit criticisms including Carillion and more recently Patisserie Valerie. Confidence in company accounts is crucial, given investors rely on the integrity of audited company Report & Accounts as part of the investment process.

In the recent high-profile case of Patisserie Valerie, the Serious Fraud Office has also announced that it has opened a criminal investigation.

This begs the question, if auditors fail to identify fraudulent activity within a company, then how can investors be expected to?

The adoption of different accounting treatments, on a wide range of items from depreciation and amortisation, to capitalisation of research & development, revenue recognition and exceptional items are just a few examples where a company’s profit can vary, depending upon what is agreed with the auditors.

We therefore spend more time evaluating cash flow as we believe this gives a much better indication of the true health of a company. For example, a sudden adverse movement in working capital flow could be a tell- tale sign.

Currently Brexit uncertainty means many UK companies are having to stockpile goods and components to ensure production continues to run smoothly in the event of a ‘no deal’. Carrying higher stocks and inventory adversely impacts cash flow and may lead to higher finance costs, which is something we have to be mindful of when we meet some of our management teams to discuss the results.

A cautious week ahead of the G20 meeting. Threats from President Trump and weak economic data from China overshadowed markets although less ‘hawkish’ comments from the US Federal Reserve were supportive. However, news of a ‘trade war truce’ between the US and China at the G20 meeting over the weekend has triggered a broad relief rally in global risk assets today.

The ‘trade war truce’ between the US and China involves a 90-day ceasefire to extend negotiations to allow more detailed discussions on key areas of disagreement such as technology transfer and intellectual property. China has agreed to immediately increase its purchases of US goods, notably in agriculture. This is welcome news for markets but the threat of higher tariffs remains, if agreements are not reached.

Meanwhile, something that has not pleased President Trump. General Motors has announced 14,000 job cuts and the closure of seven factories by the end of 2019, four of which are in the USA. This is all part of preparing for the advent of pure electric vehicles and self-driving cars, a topic we touched on in last week’s Alpha Bites UK Power Vacuum. This is another example of disruptive technology allowing newcomers to challenge historic business models.

Turning to Brexit, the PM’s motion for approval of the UK-EU Withdrawal Agreement on December 11th still looks set for a heavy defeat in the Commons. However, we believe the PM is likely to survive subsequent confidence votes. With the EU unlikely to offer substantive changes to the agreement will MPs back the deal on a second or even third attempt through gritted teeth due to TINA (There Is No Alternative) if a ‘no deal Brexit’ is to be avoided?  In the meantime, Bank of England (BoE) governor Mark Carney could face new accusations of political interference on behalf of ‘Project Fear’, saying that a disorderly Brexit could trigger an economic downturn in the UK worse than the global financial crisis. The government released economic assessments which suggested the UK economy would not grow as quickly under any Brexit scenario. Reflecting the ongoing uncertainty, Sterling dipped back below $1.28. Perhaps the muddle that is Brexit is best reflected in the potential TV debate. Theresa May and Jeremy Corbyn cannot even agree on which channel to hold the debate, BBC or ITV!

In Europe, reports emerged from Italy that the coalition is considering reducing its budget deficit target for next year to 2% of GDP to avoid a showdown with the EU. Meanwhile, uncertainty about global economic growth and Brexit are weighing on Europe’s biggest economy. Germany’s key IFO business sentiment survey recorded a third straight monthly decline in confidence.

In the USA, President Trump forced Federal Reserve (Fed) Chair Jerome Powell into a game of chicken and remarkably Powell blinked. In his latest testimony before Congress, Powell sounded more ‘dovish’ about US interest rate policy compared to his last update in October. ‘The funds rate is just below the broad range of estimates of the level that would be neutral for the economy’. US equities reacted positively to the testimony even though the Fed appears concerned that ‘US asset valuations appear elevated relative to historic levels’.

Brent oil remained below $60. Oil has re-bounded 5% today to $62 on news of the US and China trade truce and ahead of the OPEC meeting on 6th December, with suggestions of a 1.4m barrels a day production cut.

Finally, someone in the City has pointed out that the UK stock market has seen a Santa rally in 84% of the December’s since 1986. Let’s hope this December maintains that tradition. The US and China trade truce is supportive, although the Brexit Withdrawal vote will certainly make things interesting this year!