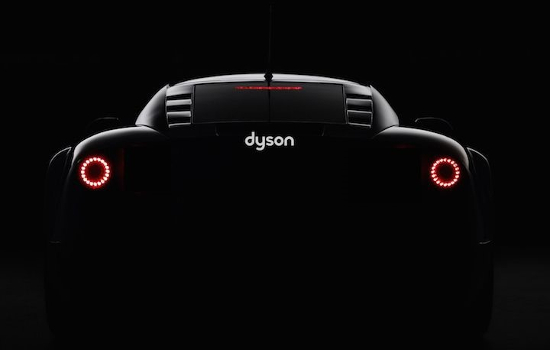 Charismatic entrepreneur Sir James Dyson has been a prominent advocate of Brexit and recently insisted that the UK leaving the EU with no deal, would ‘make no difference’. With a massive research and development capability in the UK but a manufacturing presence in Singapore, it is understandable that Dyson would not envisage being impacted by a no-deal Brexit, compared to companies exposed to UK manufacturing and an EU supply chain.

Dyson, which is best known for its vacuum cleaners is an interesting example of how British ‘manufacturing’ could evolve in the 21st Century. Dyson faced criticism in 2002 when it moved production of vacuum cleaners from the UK to Malaysia costing over 500 jobs. However, the UK has become the design and innovation hub and the workforce has trebled to 4,800 in the last five years.

Dyson is currently investing an estimated £2bn on developing a ‘radical’ electric car. Some £200m is being invested in the UK, in research and development and test track facilities at Hullavington airfield in Wiltshire.  The new car factory however, is to be built in Singapore and the first vehicles are expected to run off the production line in 2021. Dyson has insisted that the decision to build cars in Singapore has nothing to do with Brexit but is based on the availability of engineering talent, regional supply chains and proximity to some key target markets with China expected to be a major adopter of electric vehicles.

Perhaps Dyson’s plans are reflective of the global economy and pace of technological development?  While the UK and EU will remain important markets for many manufacturers, perhaps it is households in the USA and China that will drive global consumer spending in the future.

PM Theresa May has just two weeks to get the Brexit Withdrawal agreement through the House of Commons. If she fails will there be a UK power vacuum?

A savage sell-off in US technology companies which wiped over $1trillion in value from ‘FAANG’ stocks (Facebook, Amazon, Apple, Netflix and Google). This created a shockwave across global equity markets. While there are concerns about slower economic growth in 2019 and the fading impact of US corporate tax cuts, there is no doubt that the valuations of many US technology companies had perhaps become too far detached from reality. The recent sell-off therefore appears more of a healthy reality check, with valuations adjusting to a more appropriate level relative to growth expectations, rather than an indicator of recession. In addition, the sell-off in technology also reflects the increased risk of regulation. A good example of how market exuberance regarding technology has evaporated is perhaps Bitcoin. Having hit a peak of $19,783 in November 2017, last week it dipped below $4,000 a fall of 80%! Remind anyone of the tech bubble in 2000?

The prospects for progress on US and China trade talks at the forthcoming G20 meeting took another knock, as the US accused China of continuing a state-backed programme of intellectual property theft.

There has been a major escalation of tensions between Russia and the Ukraine. An emergency meeting of the UN Security Council has been called following the capture of three Ukrainian vessels by Russia.

The Organisation for Economic Co-operation and Development (OECD) cut its global economic growth forecast for 2019 from 3.7% to 3.5%, but maintained the 2020 forecast at 3.5%. The OECD maintained its 2019 US growth forecast at 2.7%, but cut its 2020 outlook to 2.1%. Eurozone growth was reduced to 1.8% in 2019, Japan to 1% in 2019 and China to 6.3%.  The OECD also forecast the US Federal Reserve would increase interest rates to 3.25%-3.5% by the end of 2019. The main reasons for downgrading the growth outlook are trade tensions, emerging market tensions and oil prices. The OECD also said it was also imperative that the UK and EU agree on the ‘closest possible’ relationship.

The message from the PM and every EU leader in Brussels, was that the Brexit deal agreed over the weekend is the only offer on the table. Markets will now await the UK political response but at this stage it remains difficult to see where the votes come from to achieve a Commons majority in favour of this proposal. Sterling has barely moved in response to the weekend’s developments.  Theresa May is pushing on with bringing a Withdrawal Agreement to a vote in the House of Commons, even whilst knowing there is a high likelihood she will lose. Why? Could it be she hopes, that as ‘no deal’ is not an option for MPs that TINA (There Is No Alternative) eventually dawns on them?

In Europe, the European Commission officially rejected Italy’s big-spending budget. ‘We conclude that the opening of a debt-related excessive procedure is warranted’. Markets will now wait and see what fines are imposed on Italy. Meanwhile, ‘flash’ manufacturing activity indicators for the EU, whilst remaining in expansion mode, dipped to a 30-month low.

In the USA, durable goods orders for October raised some serious questions about the outlook for business investment, suggesting that the investment component of US economic growth could slow sharply in the fourth quarter. Higher interest rates appear to be impacting the US housing market, where although home sales rose by 1.4% month-on-month in October, the annual decline was over 5%, the largest drop since mid-2014.

Brent oil dropped further to under $60 as concerns about oversupply and slower global economic growth continued to overshadow. Saudi Arabia is believed to be pushing allied producers such as Russia, to join in output cuts of 1bn-1.4bn barrels of oil per day at the next oil producer meeting on the 6th of December.

Finally. How many Brexiteers does it take to change a lightbulb? Forty-eight. One to promise a bright future and the rest to screw it up!