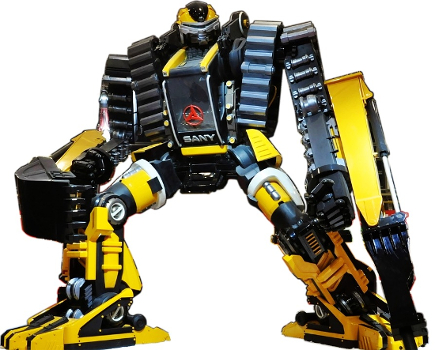 Japan’s ageing population is well documented and is creating many economic challenges. It is also reflective of demographic trends within many other countries.

With global economic stimulus (QE) shifting to tightening (QT) and talk of increased infrastructure spend to take up the running, how will this be achieved in developed economies, where there are not enough skilled construction workers?

Well, Japan thinks the solution is construction robots. For example, the Robo-carrier robot is being tested on a high -rise development in Osaka, transporting gypsum pallets nightly from the ground floor to where they are needed. Globally, the construction robot market is forecast to more than double in size to $420m by 2025. In the USA, the University of Illinois estimates that nearly half of construction jobs could be replaced by robots by 2057.

While the UK also faces the problem of an ageing population, there is a more immediate challenge for the construction industry – Brexit uncertainty and labour availability. Last week’s employment data revealed the largest fall in EU nationals working in the UK since records began in 1997.

While UK politicians continue to squabble over Brexit, British businesses desperately need stability in order to plan and invest.

US Dollar strength on the back of the previous week’s interest rate guidance from the Federal Reserve (Fed) loomed over global equity markets. Fed Chair Jerome Powell said ‘I still see solid growth, but I see growing signs of a bit of a slowdown and it is concerning’. Adding to pressure was a sell-off in US technology companies driven by lower guidance from a number of suppliers to Apple and ongoing turmoil at Facebook. Falling oil prices also dragged oil shares down. Meanwhile, in Europe, Italy rejected the European Commission’s budget demands, while the long-awaited release of a draft Brexit withdrawal agreement appears to have created even greater political uncertainty in the UK.

Market focus will now turn to the US and China trade war and the approaching G20 summit. Asian media reports suggested that China has responded to US demands for trade reforms and may make additional purchases of US natural gas and improve intellectual property rights protection. However, over the weekend US Vice President Mike Pence sharpened his attacks on China, calling for countries to avoid loans that would leave them indebted to Beijing.

The Brexit drama continues as the draft Withdrawal Treaty was published. Within 24 hours things started to unravel quickly, with the resignation of Brexit Secretary Dominic Raab. This was rapidly followed by the resignation of Work and Pensions Secretary Esther McVey. The PM has avoided a vote of confidence, for now. The challenges for PM Theresa May to get her Brexit deal through Parliament appear to be mounting rapidly. If the deal is rejected, could we see an extension of Article 50 negotiations, a ’no deal Brexit’, a new leadership contest, a general election or a second referendum and possibly no Brexit? Reflecting this uncertainty, Sterling dropped back to $1.28. While supportive of overseas earners, Brexit uncertainty saw UK focused companies such as housebuilders and banks fall significantly. Markets hate uncertainty. The EU summit to sign off on Brexit is November 25th, with a parliamentary vote likely in early/mid-December. Over the weekend there were reports that EU chief negotiator Michel Barnier has floated the idea of extending the Brexit transition period by two years to the end of 2022 to allow more time to address challenges.

In the UK, Brexit uncertainty continues to overshadow the housing market and consumer spending. Encouragingly, wage growth continues to rise above inflation, increasing by 3.2% in the three months to September. Inflation in October remained steady at 2.4%. However, retail sales dropped by 0.5% in October, after mild weather hit sales of winter clothes.

In Europe, Germany’s economy contracted by 0.2% in the third quarter, dented by weaker exports and bottlenecks in the car industry, stemming from the introduction of new pollution standards.  Elsewhere, the new Italian government defied the European Commission by sticking with its big-spending budget plan. Italian bond yields moved higher amid fears that the budget plan will lead to higher borrowing costs. Meanwhile, the ball is back in the European Commission’s court which will now decide whether to begin disciplinary measures against Italy and is due to issue its opinion on Wednesday.

Japan’s economy contracted by an annualised 1.2% in the third quarter, as natural disasters hit consumer spending and disrupted exports.

Brent oil continued its fall to $67, having dropped as low as $65, despite comments from Saudi Arabia. ‘The consensus is that we need to do whatever it takes to balance the market. If that means trimming supplies by a million barrels a day, we will’.

Finally, a good or bad idea? Iceland and Unilever have launched Marmite-flavoured Brussel Sprouts for Christmas!