2p or not 2p, That is the Question 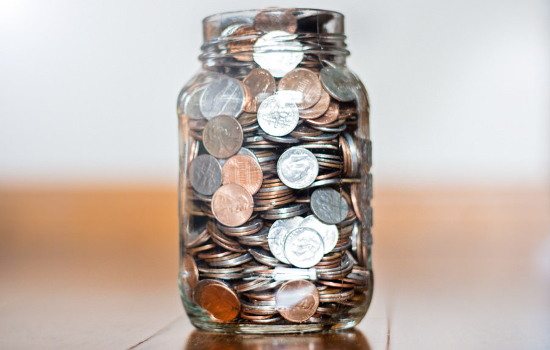 The halfpenny was abolished in 1984 and the value of the 1p coin has subsequently been reduced by inflation. Furthermore, the Treasury estimates that six in ten 1p and 2p coins are only used once before being put in a jar or discarded while one in twelve is thrown into a bin.

The government has ruled out scrapping low denomination coins amid a public backlash. People felt that scrapping 1p and 2p coins would lead shops to round up prices. The Bank of England believes these fears are unfounded as consumers typically purchase more than one item at a time and when goods are purchased together that the rounding effect on prices is negated. In addition, it discovered that only 12% of prices ended in 99p. Most significantly, the growth of non-cash payments, particularly contactless cards meant that consumers can be charged the exact amount and so retailers would not mark-up prices.

Many countries, including Australia, Brazil, Canada and Sweden have ditched low denomination coins. As inflation steadily erodes the purchasing power of 1p and 2p coins and internet shopping and contactless payment grows, the case for their removal from circulation is likely to become stronger.

What can you buy with 1p or 2p these days? Surprisingly, there are still many ‘penny shares’ quoted on the London Stock Exchange although many of these tend to trade at this level for a reason.

Fears of emerging market contagion and ongoing trade tensions. The MSCI Emerging Markets Index fell into bear market territory, defined as a 20% fall from a recent peak.  Most of the pain in emerging markets stems from the US Federal Reserve raising interest rates. Besides Argentina and Turkey, the domino effect from rising dollar denominated borrowings has extended to other emerging economies. For example, Indonesia is planning to increase import taxes on a range of goods to support the rupiah. In Europe, there is the additional uncertainty of Brexit where we are approaching ‘the final push’.

The US trade deficit hit a five-month high in July and the trade deficit with China hit a record $37bn giving Trump more ammunition for tariffs. Over the weekend, he threatened to intensify the trade war with China saying he could move ‘very soon’ impose tariffs on $200bn worth of goods, with tariffs on another $267bn ‘ready to go on short notice’. However, five US technology companies, Apple, Dell, Cisco, Juniper and Hewlett Packard have written to Trump as they are concerned that tariffs could increase their costs and in turn prices for American consumers as many key components are sourced from China.

Elsewhere, the US is escalating pressure on Canada for dairy concessions in NATFA trade talks while   the Wall Street Journal reported that Trump could target Japan in his next fight to cut trade deficits with trading partners.

Sterling rallied from $1.28 to $1.30 on reports that Germany is prepared to ‘accept a less detailed agreement on the UK’s future economic and trade ties with the EU in a bid to get a Brexit deal done’. This was followed by some more favourable comments from the EU chief negotiator Michel Barnier including the Irish border issue, where he suggested the EU and UK discuss the location and technicalities of specific checks. Perhaps there is a growing realisation that a ‘no deal Brexit’ would be costly for Europe as well as the UK, particularly as trading conditions could become even more challenging with potential US import tariffs against the EU. German factory orders have been weakening in recent months which might be ringing alarm bells. Meanwhile, Theresa May’s Chequers plan is expected to come under a sustained attack this week from hard line Conservative Brexiteers.

In the UK, ‘flash’ manufacturing activity data for August was disappointing, dropping to a 25-month low although it remains in expansion territory. However, growth from the services sector was stronger than expected in August. It was reported that Bank of England governor Mark Carney is prepared to extend his tenue to ensure continuity after Brexit.

In Europe, the focus turned to the approaching Italian budget where there is mounting concern that it could breach a deficit ceiling of 3%. The monthly survey of European Purchasing Managers showed activity nudged up slightly in August, but optimism had dropped to a two-year low due to concerns about possible US tariffs. Meanwhile, the political backlash continues with Sweden the latest country to see a shift to the far-right, as the anti-immigration/anti-establishment Swedish Democrats won 18% of the votes. This leaves the Social Democrats and centre-right Alliance each with about 405 of the votes to ty to form a coalition.

In the USA, manufacturing activity touched a 14-year high although some companies highlighted supply chain constraints due to trade tariffs. US jobs data revealed that wage growth picked up to 2.9% in August increasing the likelihood of another interest rate increase late this month.

Brent oil edged up to $77 on news that following fresh US sanctions, Iran’s oil exports had fallen to 2.1million barrels a day, the lowest level since 2016.

Finally, Russian President Vladimir Putin has softened planned pension changes following angry protests and a slump in his approval rating. The retirement age for women is to be increased from 55 to 60 and for men from 60 to 65. However according to the World Health Organisation, while the life expectancy for Russian women is 77, for men it is only 66!  President Putin will be 66 this October, but we doubt he will want to retire.

Read Last Week’s Alpha Bites – For Whom the Bridge Tolls