For Whom the Bridge Tolls 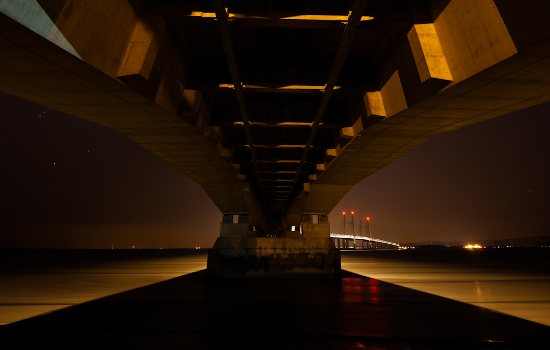 Tolls on the bridges across the River Severn between England and Wales will be scrapped by the end of 2018, when ownership passes to Highways England. This will remove the current toll of £6.70 for cars and up to £20 for lorries. This is in line with previous pledges by both the Conservative and Labour parties. There are around 25million journeys across the two bridges every year and the savings for commuters could be of the order of £1,400 a year.

A Welsh Government study believes that removing the tolls could boost the South Wales economy by £100m per annum. This will be supportive for property values in the commuting belt west of both bridges, although locals in the Forest of Dean are concerned about being priced out of the market.

Retailers in Chepstow and surrounding towns are already concerned that it will become cheaper for their customers to visit the Cribbs Causeway shopping mall, just north of Bristol. Furthermore, Bristol already has a real problem with road congestion despite the launch of the £230m Metro Bus scheme. Figures obtained from Highways England show a 10% jump in bridge traffic this summer compared to last which could be down to VAT being removed from the toll. Bristol North West MP Darren Jones has raised the issue of congestion in Bristol, with the extra car commuters expected from South Wales when tolls are removed. This could amount to an extra 16,000 cars on the roads around Bristol every single day in 2018.

Politicians love positive economic headlines. However, in the real world there can be both winners and losers as a result of their actions which, is something we constantly consider given Brexit.

Trade tariffs and Brexit. There was also continued emerging market volatility with the Argentinian Peso falling over 15% against the US Dollar, as the country’s president asked for an expedited pay out of the $50bn loan from the IMF, while interest rates were raised to 60% stoking fears of an impending Argentinian liquidity crunch. This in turn put renewed pressure on the Turkish Lira and Brazilian Real.

Markets initially took comfort from the overhaul of the NAFTA agreement between the US and Mexico. However, it was subsequently discovered that a side agreement would allow the US to pursue ‘national security’ tariffs of up to 25% on Mexican cars, SUVs and auto parts above certain volumes. President Trump also threatened to leave Canada out of a new NAFTA deal or terminate NAFTA entirely, albeit the US Congress might have something to say on that.

Meanwhile, Trump confirmed that tariffs on steel and aluminium are necessary on national security grounds but interestingly has introduced some product exclusions for South Korea and Brazil.  Trump lashed out at China for undermining progress with North Korea, which does not appear to have embraced denuclearisation.

This week could see 25% tariffs from the US on a further $200bn of Chinese goods. To date China has taken countermeasures and complained to the World Trade Organisation (WTO). However, Trump has now threatened to pull the US out of the WTO saying ‘If they don’t shape up, I would withdraw from the WTO’. He has also rejected an offer from the EU for a zero tariff for cars as ‘not enough’ and added that the EU is ‘almost as bad as China, just smaller’.

Turning to Brexit, last week started on a positive note as EU chief negotiator Michel Barnier said ‘we are prepared to offer Britain a partnership such as there never has been with any third country’, but again confirmed that ‘single market means single market and there is no single market a la carte’. However, the potential finalisation of a Brexit agreement could be pushed back from late October and into mid-November leaving even less time for agreement before the March 2019 deadline. At a meeting with Brexit Secretary Dominic Raab he said that ‘the building blocks of an agreement were falling into place’ but on the issue of the Irish border cautioned that a ‘backstop solution is critical’. However, PM Theresa May appeared to rule out any compromises over the key elements of her Chequers proposals. Over the weekend, both Boris Johnson and Michel Barnier criticised the PM’s Chequers plan. Some 20 Conservative MPs including former Brexit Secretary David Davis, are reported to be planning to scupper her Chequers plan. With Brexit uncertainty and the Conservative party conference looming at the end of the month, Sterling edged back to $1.29.

In the UK, house prices dropped by 0.5% in August, compared to July according to Nationwide. Prices are up 2% year- on- year but Nationwide expects this to moderate to 1% over the course of 2018.

In the US, consumer confidence surged to an 18- year high in August. The second estimate of US Q2 economic growth was revised upwards from 4% to 4.2%. This rate of growth is not expected to be sustained in future quarters as the second quarter benefited from a front-loading of soybean exports to China to beat the trade tariff deadline and the impact of Trump’s tax cuts fade.

Brent oil closed at its highest level in a month at over $77, following a larger than expected decline in US oil inventories and ongoing concerns over global supply including US sanctions against Iran.

Finally, the old saying ‘it doesn’t rain it pours’. Volkswagen, which is already facing legal action over exhaust emissions, is now also being sued by Mexican farmers in Puebla for causing a drought. They claim Volkswagen has been using sonic ‘hail’ cannons to disperse storm clouds hovering above its manufacturing plant to prevent damage from hailstones to new cars parked outside in the open!