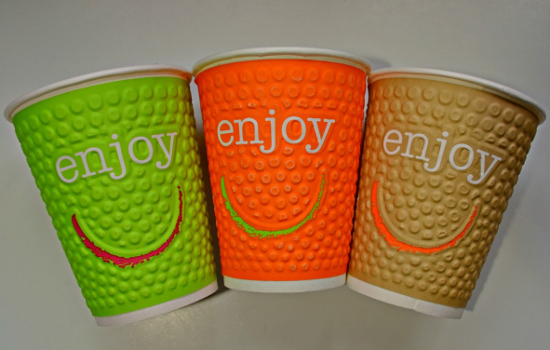 When it comes to the environment, it appears even mining companies are exploring greener manufacturing options these days. This is in response to interest from major global brand owners who want to ensure consumers view their products and the packaging they are sold in, are as environmentally friendly as possible.

Iron, steel and aluminium production is estimated to account for 30% of industrial carbon-dioxide emissions. Nestle’s coffee brand Nespresso, for example, wants to source all the aluminium for its capsules from sustainably managed operations by 2020. Meanwhile, Apple has approached Alcoa, which is developing a smelting process that would release oxygen instead of carbon-dioxide. Apparently, an iMac has more than half a pound of aluminium in it. In Europe, steelmaker SSAB, iron-ore miner Luossavaara-Kiirnavaara and power generator Vattenfall are jointly building a pilot steel factory that would use hydrogen instead of coking coal. Testing is expected to start in 2020 with a goal of producing fossil-free steel by 2035.

In the UK, the Government is considering doubling the charge on plastic bags to 10p and extending it to every shop. Since its introduction in 2015, the current 5p levy has reduced the number of plastic bags issued by UK supermarkets from 7.5billion to just 1billion. Furthermore, the Treasury has said there appears to be widespread public support for reducing single-use plastic waste through such measures as a ‘latte levy’ on coffee cups and takeaway boxes.

Many ‘green’ and ‘environmentally friendly’ business plans typically require investors to be very patient. We consider ‘green’ investments, but only where we see an attractive new market opportunity and realistic payback timescale.

Is there anything that President Trump doesn’t have a view on? He has complained in a Reuters interview that he expected the US Federal Reserve (Fed) Chair Jerome Powell to be more dovish and not raise interest rates. This shows that the President is willing to put public pressure on the Fed to keep interest rates lower than anticipated in order to support economic growth. In the same interview, Trump also claimed that both China and the EU were manipulating their currencies to benefit their exporters.  Ironically, the Dollar weakened on Trump’s comments!

Meanwhile, President Trump said that US sanctions on Russia were here to stay but added he would consider lifting them if Russia did ‘something that would be good for us’.

President Trump came under more pressure at home as his former campaign chairman, Paul Manafort, was convicted on eight counts of bank fraud while his long time ‘fixer’, Michael Cohen, pleaded guilty to eight charges, including campaign violations. The guilty plea implicates the President but Trump called it a ‘Russian witch hunt’. Will President Trump remain bullet proof? He has said’ I don’t know how you can impeach somebody who’s done a great job. I tell you what, if I ever got impeached, I think the market would crash, I think everybody would be very poor’. Will he go on the offensive with more tariffs/attacks on countries as a diversionary tactic to deflect attention from the increasing pressure on him ahead of the November mid-term elections?

Markets continued to focus on trade tariffs and Turkey. The next round of US tariffs on Chinese goods is due to come into effect from the start of September and markets have been watching the visit to Washington by a Chinese delegation to discuss trade. Trump again re-iterated his threat to impose 25% tariffs on car imports. However, on a more encouraging note, the Trump administration appears to have reached agreement on an overhauled NAFTA trade agreement with Mexico although discussions with Canada are still ongoing.

Meanwhile, Turkey announced a $15bn currency swap from Qatar and while fears of contagion in other emerging markets appear to have dissipated for now, relations with the US seem to be at an all-time low with the BBC reporting shots were fired at the American embassy in Ankara.

Following President Trump’s historic meeting with Kim Jong-un, the United Nations Atomic Agency reported that despite a verbal agreement between the two leaders, North Korea is continuing to develop its nuclear capability.

Talks between the EU and UK have intensified as both sides try to come to an agreement to avoid a ‘no deal Brexit’ and Chief EU negotiator Barnier has said that from now negotiations would be continuous as time is running short. In the meantime, the UK government has started to publish the first batch of documents about how to plan for a ‘no-deal Brexit’. Sterling remained below $1.29.

The UK government’s finances were in surplus by £2bn last month, the biggest surplus for July in 18 years. Perhaps, Chancellor Philip Hammond may have scope to invest more into the NHS as PM Theresa May promised?

In the USA, despite a bad day for Trump, the S&P 500 share index touched a record high and equalled its longest-ever bull-market run, propelled by strong company results. Despite President Trump’s comments, the Fed confirmed that its policy-makers continue to discuss responding to persistent US economic growth with further tightening, firming up market expectations of a further 0.25% interest hike in September. The Fed did acknowledge the potential risks posed by a potential trade war, but said it was not yet having an impact on current interest rate setting policy.

Brent oil edged up to $76, due to lower American oil inventories and US sanctions against Iran. French oil giant Total has already pulled out of Iran and other oil companies are likely to follow suit in the coming weeks.