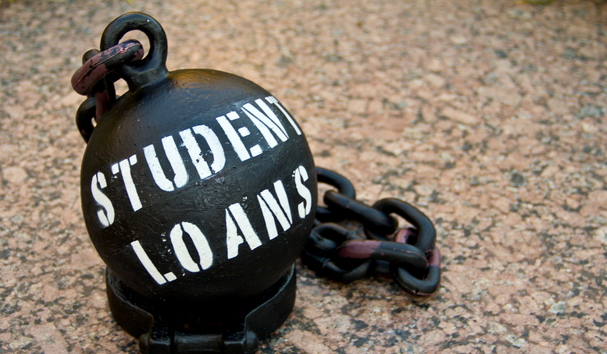 The University of Bristol has submitted an outline planning application for its new £300m city centre campus which will transform the landmark seven-acre site next to Bristol Temple Meads railway station. The campus will include a new £43m Quantum Technologies Information Centre as well as an innovation hub based on the successful Engine Shed, with the aim of helping more start-up businesses. When opened in 2021, some 3,500 students will be catered for initially with teaching and research focused on digital technologies.

The Institute of Fiscal Studies believes the average debt for a student upon graduation is £50,000 and that total outstanding student debt is currently £100bn.

The Government has been seeking to sell some of its student debt which is being packaged as bonds for sale to pension and hedge funds.

The government is seeking to raise £12bn through selling an unspecified amount of pre-2012 student loans over the next five years. The transaction is made up of loans issued between 2002 and 2006. About half of students who borrowed during that period had already paid off their loans by the end of 2015-16, suggesting the pool of remaining debt is likely to be of lower quality. Reflecting this, ministers have warned that these ‘assets’ could be sold below their face value. The most recent batch of debt, some £1.7bn is estimated to have been sold at £800m below the book value of the assets. Good value for taxpayers? Well, it depends on how may students pay back their loans. Is this an asset you would want to hold in your pension? That is another matter.

Brexit negotiations and the England cricket team, both of which, at times made for uncomfortable viewing. Unlike the cricket however, PM Theresa May, having seen her first plan reduced to ashes during the final over, made a miraculous comeback, edging a four off of the last ball to pave the way for a re-match and talks on the future UK-EU relationship.

After the US market touched a fresh high last week, nerves set in. Besides weakness in some commodities such as copper and Asian markets on Chinese growth concerns, there was more political uncertainty in the USA. The US needs to avoid a partial government shutdown and the Senate and House both approved a plan to extend funding for two weeks until December 22nd.  President Trump is facing a potential fall out with numerous Middle Eastern countries, including key regional allies, following the US formal recognition of Jerusalem as Israel’s capital.

Brexit divorce talks derailed at the 11th hour after the DUP blocked a proposed Irish border deal. A dispute between the Conservatives, their ally the DUP and Dublin on the initial wording of the agreement on the Irish border scuppered the breakthrough. A week of frantic phone calls and on Friday, European Commission President Jean-Claude Juncker said that sufficient progress had been made in Brexit discussions, paving the way for trade talks.The DUP said there was ‘still more work to be done’ and how it votes on the final deal ‘will depend on its contents’. Jean-Claude Juncker summed it up nicely, ‘Today’s result is of course a compromise’. A separate stream of the ‘phase 2’ talks will be dedicated to developing a specific solution to the Irish border. For now however, the ‘Brexit can has been kicked down the road’.

Sterling, which had fallen on the derailment of talks settled at $1.34 on the compromise deal and likelihood of ‘soft Brexit’. Leaked documents from the EU suggest the UK will remain a ‘member’ of the EU’s customs union and single market during any transition period, likely to last about two years.

While both sides are likely to claim credit for progress there is no doubt PM Theresa May had been backed into a corner due to a weak negotiating hand and a fragile political position. The wording on the Northern Ireland border appears to limit the options available to the UK when it comes to negotiating new trade agreements with countries after March 2019. Just how this goes down with Boris Johnson and the other ‘hard Brexiteers’ within the Conservative party remains to be seen. Nigel Farage said ‘the whole thing is humiliating’. While a ‘soft Brexit’ could be a good economic outcome for the UK, it might re-ignite divisions within the Conservative party and create further political uncertainty.

In the UK, ONS retail sales data remained in positive territory in November but highlighted weaker consumer confidence. However, November British Retail Consortium sales showed a divergence between the grocers and non-food retailers with the former faring much better. The snowfall over many parts of Britain over the weekend will not be helpful for many destination shopping and leisure centres. Meanwhile, UK car registrations dropped by 11% in November. Halifax reports the growth in UK house prices continues to slow. It says the annual rate of house price inflation fell to 3.9% in November from 4.5% in October and forecasts growth will slow further in coming months.

In Europe, it appears as if German coalition government talks are back on again this week.

In the USA, the nomination of new Federal Reserve Bank chief Powell was formally passed by the Senate Banking committee. The next Fed meeting later this week is widely expected to see a 0.25% hike in US interest rates. President Trump, ever the optimist predicted a very positive outlook for the US economy in 2018 with GDP growth of up to 6%. ‘I see no reason why we don’t go to 4,5, even 6 per cent’.

The IMF warned of growing risks within China’s banking system. It found that 27 out of 33 Chinese banks tested, accounting for three-quarters of the country’s banking system assets, were ‘under-capitalised relative to at least one of the minimum requirements’.

Brent oil drifted lower to under $62 on higher than expected US oil inventories. Oil major Chevron said that while it will continue to reduce overall capital spending in 2018 that it intends to accelerate the investment in US shale oil production.

Finally, hell hath no fury like a wronged hedge fund manager. Global hedge fund managers have said they are willing to pursue the Spanish government in the courts for a ’zillion years’ until they get back a full pay-out of €4.5bn over a series of bankrupt toll roads. Many of these hedge funds are already pursuing Argentina through the courts over billions in unpaid debt. Will some of these end up buying UK student debt?