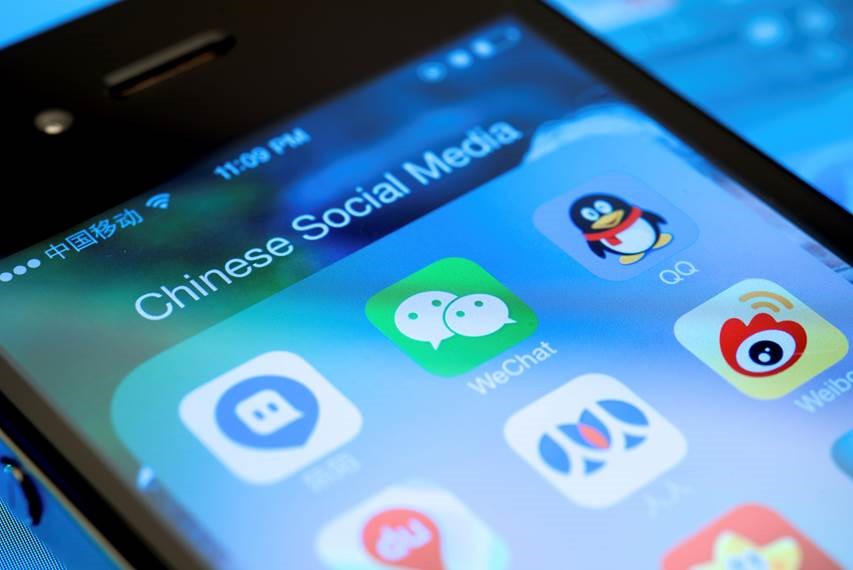 Social Media has come to dominate people’s lives worldwide, in what many would argue is a less than sociable direction. Most of us might be surprised to learn that Tencent, a Chinese technology company, recently surpassed sector behemoth, Facebook in market capitalisation terms, making it the world’s most valuable social media company. Passing $500bn mark, it is the first Chinese technology company to join an elite group dominated by the US internet businesses.  Tencent is not only bigger than any FTSE 100 constituent, it is actually larger than the top three index constituents – combined.

Tencent appears to be Facebook, WhatsApp, iTunes, iMessage and is also becoming PayPal, rolled into a mega Asian corporation. Little known outside China, Tencent dominates its domestic market, aided in part by Beijing’s block on Facebook. More than half of the 980million users of Tencent’s WeChat platform, spend more than 90 minutes on the app every day.

While we like to think of Great Britain, the global economy is being driven mainly by US and Chinese consumers. At the same time, internet businesses are disrupting many traditional business models. Banks must be particularly alarmed by the way social media groups have broken into the personal finance market. For example, Tencent’s WeChat started as a mobile messaging service, but now offers its users an array of financial services. Meanwhile, in the UK, in a sign of the times, RBS has announced it is to close 259 branches -one in four- of its outlets as more customers bank online. It said that, since 2014, branch customer visits have fallen 40% while mobile transactions have grown by 73%.

US and Chinese internet giants are the new 800-pound gorillas joining the biggest firms in the world alongside Alphabet, Amazon, Apple and Microsoft.

Given the breakneck speed of technological change it is difficult to predict exactly what will happen in the next decade or two. However, thanks to smartphone banking services it is not entirely impossible that we will see a major country such as China become a predominantly cashless society in five years, if not sooner. The pace of global technological change is truly staggering.

Another week of Brexit, Trump, North Korea and something about a wedding in May?

The OECD confirmed a positive global economic growth outlook. It forecasts the global economy to grow at 3.6% in 2017, 3.7% in 2018 and 3.6% in 2019. That should be good news for British exporters. Unfortunately, UK growth is forecast to lag well behind at 1.2% in 2018 and 1.1% in 2019. While the OECD attributes this to Brexit uncertainty, it also reflects the squeeze on household purchasing power.

North Korea carried out another intercontinental ballistic missile (ICBM) and claims it is now able to reach the whole of the USA. Defence experts believe North Korea is two to three years away from being able to deliver a nuclear warhead on an ICBM but just what will President Trump do now?

According to media reports, the UK has bowed to EU demands on the Brexit divorce bill. The net cost is reported to be up to €50bn compared to PM Theresa May’s opening offer of €20bn. Any agreement is expected to focus on a methodology for calculating liabilities rather than a single figure. This removes one of the hurdles to trade talks but the issue of the Irish border remains and the position is complicated by the DUP, which has said that it would withdraw its backing from Theresa May’s minority government if Northern Ireland was treated differently from the rest of the UK following Brexit.  Sterling moved above $1.35 on hopes of a ‘soft Brexit’ deal as it would remove a large amount of uncertainty for businesses and so might be beneficial to the UK economy, which is lagging behind European growth.

Meanwhile, all seven UK based banks passed annual stress tests but have to hold an extra £6bn of reserve capital. Bank of England Governor Mark Carney said that an 18-24month Brexit transition period is required for the UK banking sector as ‘the combination of a disorderly Brexit, a severe global recession and stressed misconduct tests could result in more severe conditions than in the stress test’.

In the UK, new mortgage approvals fell in October to their lowest level in over a year. Meanwhile, Halifax estimates that the value of the UK’s privately-owned housing stock has passed £6trillion for the first time, with an average value of almost £257,000. Meanwhile, UK manufacturing activity rose in December to a four-year high.

In Germany, there appears to be progress to form the new coalition government. Angela Merkel has taken a conciliatory tone, noting ‘we are ready to start talks with the SPD and know such talks require compromise’. On the other side, the SPD also looks to have softened its resistance, noting ‘no option is off the table’. Meanwhile the European Central Bank (ECB) has again warned that the state of eurozone banks is a threat to economic recovery, calling on lenders to modernise or face falling profits.

In the US, the Conference Board’s consumer confidence index hit its highest level since the end of 2000. The US economy grew faster than originally expected in the third quarter by 3.3% compared to the original forecast of 3%. Jay Powell, President Trump’s nominee to serve as the new Chair of the Federal Reserve appeared before the Senate banking committee. He said that the existing rules for US banks was ‘tough enough’ to ensure a stable system. He also said that he sees the central bank’s balance sheet shrinking to between $2.5trillion to $3trillion, from its current $4.5trillion over the next three to four years.  Current Fed Chair Janet Yellen said that a strengthening US economy will warrant continued gradual interest rate increases.

Growing Republican confidence on US tax reform was initially undermined by a fresh snag as disagreements appeared over the budget deficit. In addition, two politicians asked for a trigger mechanism that would automatically reverse some tax cuts if assumptions about how they would pay for themselves proved to be over-optimistic. Opponents claim the tax cuts will add $1trillion to the US federal deficit over ten -years while the White House believes this will be compensated for by stronger economic growth. However, over the weekend, the Senate passed the tax reform bill by 51-49 votes. The bill still needs to be reconciled by the House and is subject to final revisions. President Trump seems open to this, noting that the corporate tax rate could be cut to 22%, rather than 20%. Focus will now also turn to the US deficit ceiling. House Republicans have announced a plan for a two-week extension of federal funding that would avoid a government shutdown on December 8th.

Saudi Arabia and Russia, whose combined production makes up a fifth of global supplies, along with 22 other OPEC and non-OPEC members agreed to extend the current oil production cuts beyond March until the end of 2018. Brent oil held steady at $63 on the news.

Finally, the UK government unveiled its industrial strategy last week. According to those who have studied the document in detail, the word ‘forefront’ appears 44 times. So basically, we are going to be at the forefront of everything. Sounds like a great plan for Great Britain.