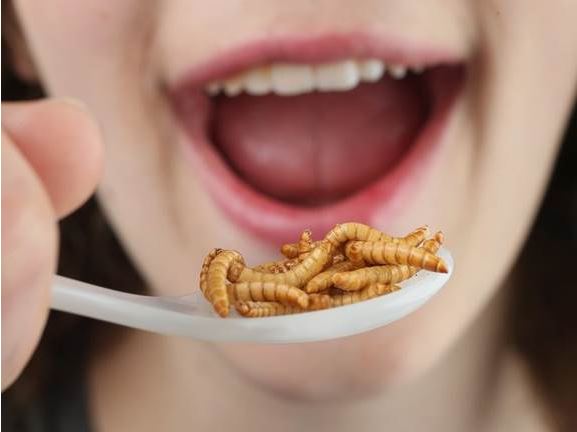 Climate change – the link between humans eating meat and the associated CO2 and methane emissions from cattle and pigs, is now well established.

We never fail to be amazed by the innovative idea’s entrepreneurs come up with – dog food using black soldier flies. Start-up pet food manufacturer Yora, claims that 40% of its new dog food is made from soldier flies, rather than beef. Apparently, insects are very nutritious, containing essential proteins, fats, minerals and amino acids!

As a result, some environmentally conscious consumers are turning away from red meat. Do dog owners feel their pets should also being doing their bit for the planet?

Well, research suggest that pets consume about 20% of the world’s meat and fish. The Royal Veterinary College believes more studies are required, but feels that insects can be a very useful source of protein. Furthermore, flies produce protein much more efficiently than cows, using a smaller amount of water and land.

This is yet another reminder of changing consumer tastes, the shift to environmentally friendly products and the impact on households and businesses.

Concerns about the global growth outlook re-surfaced last week at the World Economic Forum in Davos, Switzerland. Stories circulated that the US had turned down the offer of preparatory talks with China ahead of formal trade talks on 31st January, due to lack of progress on Intellectual Property, although this was denied by the Whitehouse. In addition, the US is said to still be requesting the extradition of the Huawei executive detained in Canada. Concerns about the Chinese economy also re-surfaced following reports of a marked slowdown in Japanese exports to China. Against these factors, the US Q4 earnings season remained supportive of risk assets and the longest US Government shutdown in American history came to an end on Sunday; however, this measure is just temporary and Trump has threatened another shutdown in less than three weeks if Congress cannot reach a deal that provides him money for a wall.

The International Monetary Fund (IMF) warned that escalating trade tensions could undermine the global economy and cut its forecast from 3.7% to 3.5%. The eurozone bore the brunt of the downgrade, specifically Germany and Italy. The IMF is also concerned by the levels of global debt. When asked if the forecast reduction meant a global recession is around the corner, the head of the IMF Christine Lagarde said ’No, but the risk of a sharper decline in global growth has certainly increased’. The IMF did not forecast for the UK as the range of outcomes on Brexit is so wide!

The Brexit debacle in Parliament rumbled on. Theresa May presented her Plan B. It turns out that there is no Plan B except to go back to the EU and renegotiate the Irish backstop. We now have to wait for a series of indicative votes on 29th January to identify a Brexit solution that can potentially pass through Parliament. Whether such a solution would be acceptable to the EU is another matter altogether. Hopes of a softer Brexit, with the Labour Party reported to support a bill to request an extension of Article 50, saw Sterling continue to recover to above $1.30. Meanwhile, Tom Enders, Chief Executive of Airbus said it was a ‘disgrace’ that businesses could still not plan for Brexit.

In the UK, average weekly earnings in the 3-months ending November were up by 3.4% which would bode well for the housing market and consumer spending were it not for the Brexit uncertainty.

In Europe, Mario Draghi, President of the European Central Bank (ECB) said that ‘risks to eurozone growth have shifted to the downside’. This raises questions over the ECB’s ability to raise interest rates and is likely to fuel market speculation that the central bank will delay plans to tighten monetary policy. Meanwhile, manufacturing activity in Germany contracted in January –the first time in four years.

In the US, existing home sales fell to a three-year low in December reflecting higher interest rates.

The Bank of Japan cut its core inflation forecast to 0.9% for the fiscal year 2019/20 but maintained its expectations for modest economic growth and policy stimulus.

Chinese Premier Xi Jinping has said the country must watch out for ‘black swan’ risks (unexpected surprises) and ‘grey rhino’ events (obvious dangers that are ignored). He said the authorities would provide more support for businesses to stabilise employment, wind up ‘zombie’ firms laden with debt and introduce measures to calm the property market. The People’s Bank of China was reported to have injected a further $38bn into the banking system to stimulate lending.

Brent oil edged back below $62 on the IMF’s lowered global economic growth forecast.

Finally, the Washington Post claims that in the first 700 days of his presidency that, Donald Trump made 7,546 false claims, more than 11 per day. No wonder markets take some of his tweets with a pinch of salt.