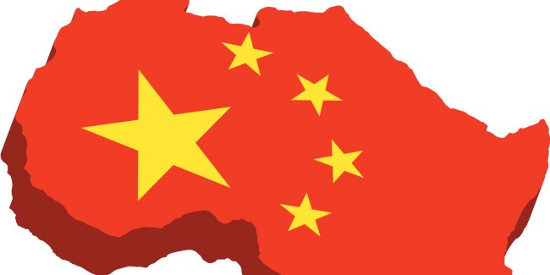 The IMF has flagged sub-Saharan Africa as home to several of the world’s fastest-growing economies. However, almost 40% of the sub-Saharan Africa countries are in danger of slipping into a major debt crisis according to the Overseas Development Institute.

The IMF is also concerned that Africa is heading towards a new debt crisis, with the number of countries at high risk expected to double over the next five years. Africa has seen significant investment from China under its One Belt, One Road (OBOR) initiative. China is believed to be the largest single creditor nation, with an estimated $132bn of loans provided between 2006 and 2017. Critics say major infrastructure projects carried out by Chinese companies in Africa are too expensive and burden the host countries with enormous debts that they cannot repay.

A severe lack of infrastructure in many of the poorest countries makes China’s ready offer of loans for such projects difficult to turn down. For China, besides providing work for Chinese companies in Africa it is a means of securing access to key commodities to support its long-term economic growth plans. China’s involvement in Africa has not gone un-noticed by the Americans. Last year, US Secretary of State, Rex Tillerson said China’s lending policy to Africa ‘encouraged dependency, utilised corrupt deals and endangered its natural resources’.

However, China taking advantage of naïve governments is not just confined to Africa. In Sri Lanka, the local government recently transferred ownership rights of the Hambantota Port for 99 years to China for a partial debt settlement. This prompted Germany’s Government Minister to say this should be a warning signal for other developing countries about Chinese financing.

Closer to home, it makes us think about the £20bn+ Hinkley Point C nuclear power station in Somerset. This is being part-funded by -you guessed it -China!

Further weak economic data from China initially overshadowed the global growth outlook, but this was more than countered by hopes of progress on trade talks between the US and China.  The US fourth-quarter earnings season got underway, with investors looking for any clues from American management teams about the global trading outlook. Meanwhile, in the US, the shutdown continues. PM Theresa May’s Brexit deal was crushed by the Commons but the reaction of the market suggests that this outcome was already priced in. Sterling moved up towards $1.29, but the dividend yield on the FTSE 100 relative to the Gilt yield currently stands at its highest level for 30 years.

It was reported that the US is investigating Chinese technology giant Huawei for ‘stealing trade secrets’ from American business partners. This news comes as the Trump administration is pressing China to take action on technology theft or face additional trade tariffs. China’s Vice Premier Liu is visiting the US for continued trade talks on 30th January. The Wall Street Journal reported that US Treasury Secretary Steve Mnuchin proposed easing tariffs on China – a report that was quickly denied by the Treasury Department. There was also a story that China intends to offer a path to eliminate the US trade deficit by increasing imports for six years by $1trillion. However, this has been followed by reports over the weekend by Bloomberg that there has been little progress in trade talks, particularly on the all-important issue of the theft of intellectual property.

Turning to Brexit, a former cabinet minister said ‘I can think of no other occasion where a Prime Minister has brought before Parliament a vote, they know they cannot win’. In fact, the Withdrawal Agreement vote turned into the biggest margin of defeat for a prime minister in modern history. This was followed by a vote of no confidence in the government tabled by Jeremy Corbyn which the PM survived with the support of the DUP.

Global investors are implicitly assuming that a ‘no deal’ Brexit is less of a threat, with a delay to Article 50 and ultimately a softer Brexit looking more likely. However, getting from here to there will not be straightforward. Will the EU want to budge? The Irish Foreign Minister said that the Withdrawal Agreement was not open for renegotiation with the backstop an essential part. On getting consensus in the Commons, does that drive a softer Brexit? Jeremy Corbyn seems unhelpful as he wants a general election and will only consider talks if a ‘no deal’ is ruled out. If that continues to be his position, then the PM needs to get consensus amongst the Conservative Party which looks difficult with the hard line Brexiteers seemingly intent on pushing the UK to crash out of Europe. Over the weekend, the reports have not been encouraging with PM Theresa May saying that taking no deal Brexit off the table was impossible and she is said to have given up on cross-party talks because Jeremy Corbyn’s demands would split the Conservative Party.

In the UK, Brexit uncertainty is being reflected in the housing market. While housebuilders are being supported by Help-to-Buy, the outlook for the second-hand market over the next three months is the worst for 20 years according to the Royal Institute of Chartered Surveyors (RICS). Lack of supply and affordability are also issues. RICS members expect sales for the next three months to be either flat or negative across all parts of the UK.

In Europe, German economic growth was confirmed at 1.5% in 2018, its slowest rate for five years.  Growth is estimated to have been 0.2% in the fourth quarter, so not quite in recession. President of the European Central bank (ECB) Mario Draghi said that while there is a Euro-area slowdown which is greater than expected, the region is not heading into recession with labour markets remaining strong. However, given global economic uncertainty he sought to re-assure investors by saying that a significant amount of monetary stimulus is required to support the build-up of domestic price pressures.

In the US, investors do not appear too concerned about the government shut down although some companies are being affected. For example, Delta Air Lines said it has lost $25m of revenue this month as fewer government contractors are flying. If the shutdown is not resolved soon, then it is likely to start impacting consumer confidence.

Chinese economic growth in the fourth quarter was -surprise- exactly 6.4% as expected and the full year growth rate came in at 6.6%. However, Beijing signalled more stimulus measures following more poor export data for December which was well below expectations with a fall of 7.6%. Clearly, softer global economic growth and trade tariff uncertainty is not helpful but the domestic economy is also slowing. China’s Finance Ministry said it would step up fiscal expenditure and implement larger tax cuts. There is also talk of support for car sales and electrical goods. Meanwhile the People’s Bank of China is believed to have injected $83bn into the banking system, the highest ever amount recorded for a single day.

Brent oil hovered recovered to $62 on hopes of progress on US and China trade talks.

Finally, more evidence of slowing Chinese economic growth. Hebei province in China is considering ‘extending the weekend’ by giving workers Friday afternoon off as part of wider efforts to boost consumer spending. Remind me to try this idea on the boss should UK economic growth slow!