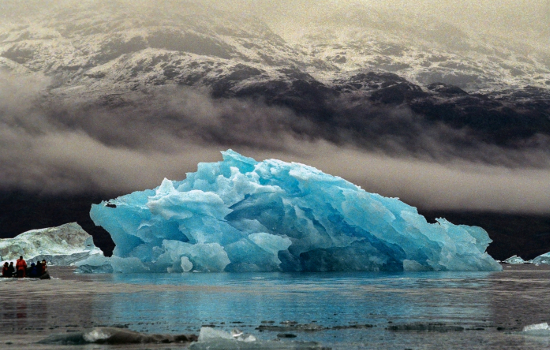 China is showing little inclination to let things go. In fact, the world’s second largest economy rarely seems out of the news these days as it continues to flex its muscles globally. In recent weeks Beijing has been accused of a worldwide campaign of cyber-attacks against the US, Britain and their allies, aimed at stealing trade secrets from governments and technology companies. The US Justice Department has charged two Chinese nationals with conducting cyber-attacks on behalf of the Chinese Ministry of State Security.

China is involved in infrastructure projects just about everywhere in Asia, Africa and Latin America. In return, it has secured access to raw materials vital to securing its longer-term economic growth.  China has recently shown interest in investing in Greenland. However, the airports that Greenland plans to upgrade are of strategic interest to both Beijing and Washington. The Chinese see the area as crucial to its ‘Polar Silk Road’ project. The US, on the other hand, considers Greenland strategically important for its military.

China has also flexed its muscles closer to home as President Xi has urged the people of Taiwan to accept ‘it must and will’ be re-united. It has also warned that China reserves the right to use force.

The two largest economies in the world square up to one another in early 2019 over trade tariffs but there appears to be more at stake than just trade balances. Are relations between the US and China going to thaw in 2019 or are we in danger of entering a new economic ‘Cold War’ between both superpowers?

Markets focused on US and China trade discussions. Meanwhile, there is little sign of a near-term resolution to the US government shut down, although US investors appear largely unconcerned. Tomorrow’s Brexit vote inevitably dominated the UK news and Theresa May’s agreement still appears to be heading for a big defeat with much of the coverage now focused on the possibility of a delay or no Brexit at all. Reflecting the Brexit position, Sterling recovered to $1.28.

US and China trade discussions were deemed to have got off on the right foot with an unexpected attendance from China’s Vice Premier Liu. This was seen as sign that China is attaching high importance to the talks. President Trump tweeted ‘Talks with China are going very well.’ The talks ended a day later than expected which was also viewed positively. A US spokesman said the talks ‘went just fine’ while a Chinese spokesman said ‘The extension of the talks indicate that both sides take this very seriously’.  However, initial market optimism was replaced by disappointment over the lack of details, but further discussions are to be held at the end of the month.

The trade talks come at a time when some companies exposed to Chinese consumers are facing more challenging trading. Following the recent profit warning from Apple, competitor Samsung flagged softer trading, while Chinese car manufacturer Geely altered its sales guidance to zero growth for 2019. Another reason for the stock market falls in December is the outlook for US company profits. During the fourth quarter there were 72 profit warnings from S&P 500 companies, twice as many as issued positive guidance. Furthermore, US analysts have lowered their forecasts to single-digit earnings growth for the next three quarters of 2019.

Despite optimism about trade talks, the World Bank trimmed its global economic growth outlook for 2019 from 3% to 2.9%. The US growth forecast was maintained at 2.5%, but European growth was reduced from 1.7% to 1.6%.

In the US, Federal Reserve (Fed) Chair Jerome Powell said that the US economy has entered 2019 with good momentum and that the central bank will be ‘patient and flexible with interest rate rises.’ Significantly, Powell is still talking about rate rises subject to global macro-economic, trade tariff and financial market uncertainty. In the meantime, the Fed has stepped up quantitative tightening (QT) to $50bn per month by allowing the US Treasury bonds it owns to ‘roll off’, without replacement when they mature. After December’s taper tantrum, markets are now starting to factor in an increase in interest rates, possibly in the second half of 2019. Elsewhere, President Trump made his first TV address to the nation from the Oval office, escalating a stand-off with Congress over a US government shutdown as he continues to seek funding for his long-promised US-Mexico border wall. Some 800,000 government workers are currently not being paid as a result.

Given the weakening economic growth outlook the Chinese authorities are reported to be preparing measures to boost the consumption of cars and household appliances. This shows again how weak the Chinese economy is and these measures may be only the first of several rounds of stimulus to be undertaken this year. Slower economic growth is being reflected in inflation data, with the rate now below 2%, supporting the case for further stimulus measures.

Brent oil recovered to over $60 on trade talk optimism and reports that Saudi Arabia is looking to cut output by 800,000 barrels a day as part of OPEC’s planned cut in production at the end of January.

Finally, investors just love acronyms. We’ve had BRICs, FANGS, QE and QT, amongst others. One reason for the positive start to global markets in 2019 is FOMO. What is that? The Fear of Missing Out. Well they do say markets are driven by fear and greed!