A Game of Two Halves 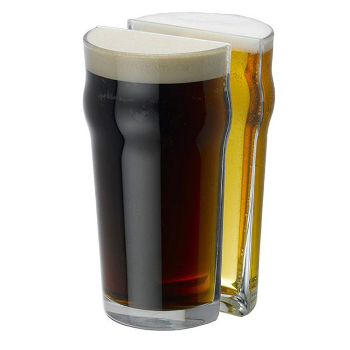 Just in case you hadn’t noticed, the World Cup is underway, which made us think. Investing can be a bit like a football match. Why? Well, it’s the result that matters, but often it can be ‘a game of two halves’.

These days, more companies are issuing trading updates to keep investors up to speed with progress. Some more than four times a year. However, the interim (first half) and final (second half) results still tend to be the most important.  Management teams take the opportunity to make presentations to shareholders, investment analysts and fund managers.

Some companies have good visibility over future revenues through lengthy order books and thus have a greater degree of confidence in forecasting. By comparison, some can have a very short lead times and may even be biased towards a specific trading period such as retailers with Black Friday and Christmas.  In addition, adverse weather or political uncertainty can also impact forecast accuracy.

A company might state that ‘it is confident of meeting expectations for the full year’, but the shares might fall. Why? Well, it could be that results are more heavily weighted to the second half of the year, so the company has ‘to run harder’ to catch up. Think of football. If England go in at half-time losing 0-1, when does the manager announce changes to his team? Some can be criticised for warning the market at the last minute when trading does not pick up as anticipated. This is like England losing 0-2 with 3 minutes of added time remaining and bringing on a fresh striker without time to influence the result.

Furthermore, we know England tend to lose penalty shoot-outs. Likewise, investors may take a dim view about companies with a reputation for ‘missing’ goals or forecasts.

When reading Company outlook statements, it pays to remember, its ‘a game of two halves’ but it’s not over till the final whistle.

Some surprising results but where to begin? Germany which lost their opening match to Mexico, and Ronaldo scoring a hat-trick against Spain in a 3-3 draw. Let’s hope England can deliver against Tunisia this evening.

The World Cup, nuclear talks, trade wars and central bankers have grabbed the headlines this week. The US Federal Reserve (Fed) was more hawkish than expected, the European Central Bank (ECB) announced a creatively dovish QE exit plan, President Trump met Kim Jong-un and there was a step-up in the global trade war as President Trump announced higher tariffs on $50bn worth of Chinese imports which come into effect 6th July. In the meantime, the Chinese have responded in kind with 25% levies on a range of US imports. American media is already suggesting Trump may impose higher tariffs on an additional $100bn of Chinese imports.

They say a picture paints a thousand words. Despite comments from US Secretary of State Mike Pompeo that the US relationship with the other G7 members is strong, one only has to look at the expression on the face of German Chancellor Angela Merkel during the meeting to know that this is not the case. During the meeting, President Trump apparently linked US military spending to the EU’s trade surplus with the USA. Meanwhile, Merkel has noted that EU retaliatory tariffs against the US are ready and can take effect from July 1st, but that Germany remains ready to resolve the trade tensions via dialogue.

Donald Trump and Kim Jong-un have become the first sitting US president and North Korean leader to meet, an unprecedented development after a year of exchanging threats and insults. At the summit in Singapore the leaders signed a ‘comprehensive’ document which commits North Korea towards ‘the complete denuclearisation of the Korean peninsula’ and promises ‘new relations’ between Washington and Pyongyang. When asked in the press conference whether notes had been taken during the meeting Trump replied it was not necessary ‘because I have one of the greatest memories of all time’.  The lack of detail left everyone wondering how things progress from here.

The UK government won a crucial Brexit vote in the House of Commons which rejected an amendment put forward by the House of Lords that would require the government to accept the direction of Parliament in the event that no Brexit deal was reached with the EU. To win, the PM Theresa May has indicated to about 14 Conservative Remain MPs that she is willing to consider making concessions. Theresa May continues to walk a tightrope between the Hard Brexiteers within the Conservative Party and those that favour closer ties to the EU. Investors took the view that there appears to be no parliamentary majority for hard Brexit and is further evidence of a shift towards a softer Brexit. However, the vote leaves PM Theresa May in a weaker position and must raise concerns about the Brexit hardliners within her party.

In the UK, manufacturing output fell by 1.4% in April from the previous month, the biggest fall since 2012, as international demand slowed and the domestic market remained subdued. Employment remained robust but wage growth moderated from 2.9% to 2.8% providing further reason for the Bank of England to pause for thought on interest rates. In addition, CPI inflation remained at 2.4% in May, the same as April despite the biggest monthly rise in petrol prices since 2011.  Sterling eased below $1.325 which remained supportive of the UK equity market.

In Europe, Italy’s Economy minister pledged that the country will remain in the euro. In Germany, there was a seismic shock beyond the World Cup result against Mexico. Speculation swirled that the health of Angela Merkel’s CDU party 69- year old coalition with the CSU could be at risk due to policy differences on immigration.

The ECB meeting saw President Mario Draghi announce that it does not intend to raise interest rates before September 2019. Monthly bond purchases will be reduced from €30bn by the end of September to €15bn and the QE programme will end by the end of 2018. However, the ECB will look to reinvest maturing debt for an extended period in 2019. So more ‘can kicking’ from the ECB!

In the USA, the Fed increased interest rates by 0.25%, as widely expected but the overall message was more hawkish, with the median plot for future interest rate hikes nudged up to 4 from 3 for 2018 while 2019 moved up to 3 hikes. Fed Chair Powell confirmed there will be a press conference after every meeting next year.

The Bank of Japan kept policy unchanged but cut its inflation forecast from 1% to 0.5%-1%.

Brent oil edged back to $73 as the Russian energy minister signalled that Russia and Saudi Arabia both ‘in principle’ support a gradual rise in oil output. However, Iran, Iraq and Venezuela are reported to be planning to attempt to block any such move at this week’s OPEC meeting.

Finally, the British Beer and Pub Association expects England fans to drink an extra 14million pints during the World Cup group stages. Talking of football, Canada, Mexico and the USA, have won a combined bid to host the 2026 World Cup. All three are currently in a trade dispute over NAAFTA and Trump and Trudeau have fallen out over steel tariffs. You couldn’t make it up if you tried.