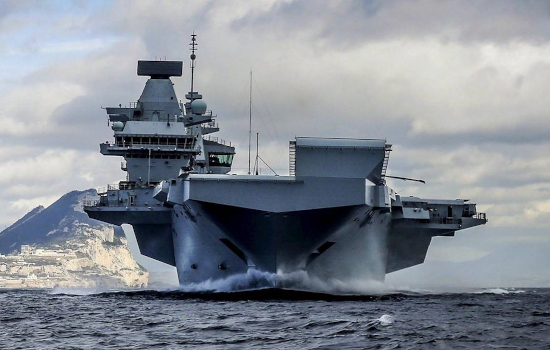 ‘We have won the war, America has lost’. This was claimed by members of the Taliban in an interview with the BBC following the news that American forces are to leave Afghanistan later this year.

President Joe Biden said that the original rationale for sending troops into Afghanistan was to destroy Al Qaeda and that mission has been accomplished. However, the Taliban sees itself as Afghanistan’s government in waiting. Will there be a return to the ‘dark days’ that spawned global terror attacks?

America is now focusing its military capabilities on Russia and China where tensions appear to be escalating with Ukraine and Taiwan respectively.

However, a new arms race is developing between the US and China, not with guns or bombs, but for manufacturing leadership particularly in new technologies such as 5G. Joe Biden has acknowledged as much with his desire for American politicians to back his proposed $2.25 trillion infrastructure package. China has been quietly stimulating its manufacturing sector for the past 25 years, often with western corporate and investment funding, but more recently with government and regional stimulus programmes.

China’s manufacturing and technology giants now threaten US industrial prowess and have the potential to overtake and leave western industry behind in terms of technology such as 5G.

The world, sadly remains a dangerous place with the terror threat ever present and the superpowers trying to establish their role in the new world order. Bombs and bullets are lethal, but technology appears to be the new weapon of choice. America cannot afford to fall behind China in the new arms race.

With the US a major ally of the UK, but China a major trading partner, the UK government is going to have to steer a careful path. Our flagship aircraft carrier HMS Queen Elizabeth in its maiden deployment, is en route to the South China Sea to exercise, but is reported to be avoiding sailing through the Taiwan Strait. Last week, the Chinese Navy launched three new vessels including a nuclear-powered ballistic missile submarine, which it described as a retaliatory ‘second strike’ weapon rather than a ‘first strike’ offensive weapon.

The Taiwan Strait and the South China Sea look likely to remain a ‘hot spot’.

The US S&P Index climbed to a fresh record last week supported by a combination of good company earnings and the ‘dovish’ stance of the Federal Reserve (Fed). Copper prices and premium iron ore also hit new highs. In the case of copper, this reflected strong economic growth in China and the US along with supply disruption in Chile and Peru. The jump in premium iron ore reflects Chinese steel mills buying better iron ore to meet stricter environmental standards. Commentary around raw material price increases and pricing pressures in general have been a feature of US earnings season.

Progress with vaccination was also supportive but the shocking images from India, which is still weeks from the peak of its second wave, was a stark reminder that the global pandemic is still with us. However, there was some encouraging news from a study by Public Health England suggesting that a single dose of either the Pfizer or Astra Zeneca vaccine can reduce household transmission of the virus by up to 50%. Over 25% of the UK adult population has now had two doses of the vaccine.

The European Parliament voted to ratify the UK-EU Brexit trade deal by 660 in favour, to 5 against. This effectively concludes the Brexit process.

In the UK, Q1 reporting season has seen a 20-year low in corporate profit warnings reflecting a significant improvement in the immediate outlook. In line with other central banks, the Bank of England may consider slowing the pace of asset purchases, as well as upgrading both growth and inflation forecasts.

In Europe, Germany raised its economic growth forecast for 2021 from 3% to 3.5%, while the April IFO Business Climate index highlighted that 45% of companies, the highest level in three decades, have reported supply chain shortages. Overall, macro data and leading indicators, such as PMIs, continue to reflect positive momentum, with significant firepower from the €750 billion EU recovery fund, expected to be unleashed from July, and a belated vaccination push that could fuel a sustained rebound. As a result of this continued improvement in forecasts, the European Central Bank may be in a position to gradually phase out its emergency stimulus.

In the US, consumer confidence climbed to a 14-month high in April. The Federal Reserve (Fed) gave a more positive assessment for the US economy, reflecting progress in tackling the impact of the pandemic and the boost from fiscal stimulus. Fed Chair Jerome Powell reiterated that it is ‘not time yet’ to discuss any tapering of policy support and will maintain monthly asset purchases at $120bn. The Fed also said, once again, that it believes inflation is transitory. Meanwhile, President Joe Biden has announced yet another policy strategy – the ‘American Families Plan’. The estimated cost would be $1.8 trillion and follows the $1.9 trillion pandemic relief package and his proposed $2.25 trillion infrastructure plan. The latest plan proposes $ 1trillion of new education and child support together with tax cuts for lower income families. This would be funded by tax rises, specifically capital gains tax and corporation tax.

In Japan, retail sales growth accelerated to over 5% in March although this improvement will be hard to sustain with new Covid-19 restrictions being introduced.

China appears to be tapering stimulus with the government cutting bond sales and hence the funding available for new infrastructure projects. The central government has also cut back on approvals for fixed-asset projects sharply in the first quarter of 2021. Despite this, premium iron ore prices have risen as Chinese steel mills endeavour to comply with new emission targets.

Brent oil was steady at $66 as the world’s largest oil company and biggest oil exporter, Saudi Aramco is to resume expansion of its offshore oil development projects that could add over 1.1 million barrels of oil a day to its capacity by 2024.

Finally, the UK had the frostiest April in 60 years and lowest level of rainfall for many years – another sign of climate change? Well, UK farmers are not the only ones struggling with the weather. The central US farming belt has seen little rainfall and soft commodity prices have jumped with corn futures up by over 40% so far this year. This suggests higher food prices – yet more inflationary pressure?