Killing the Chicken to Scare the Monkeys 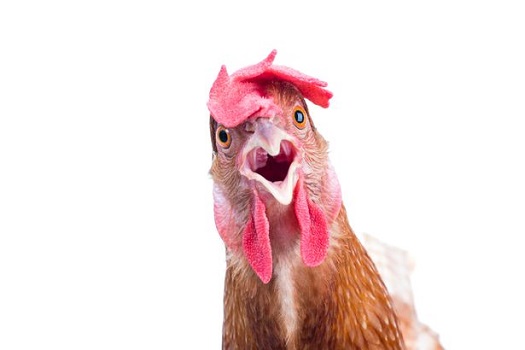 China’s technology giants have been caught squarely in the cross-hairs by the Chinese Communist Party and Chinese regulators. Chinese billionaire Jack Ma’s e-commerce giant Alibaba has recently been fined $2.8bn -4% of its 2019 turnover for abuse of its market position. Furthermore, Ant Group   a digital payments business and an affiliate of Alibaba had its much-anticipated stock market flotation suspended last year and is now being forced to behave more like a bank than a technology business.

In Chinese there is a phrase ‘killing the chicken to scare the monkeys.’ Some 34 leading Chinese technology companies including the likes of Tencent, JD.com and Bytedance were recently summoned by Chinese officials and warned- let Alibaba be a lesson to you.

China’s tech giants were created and grew rapidly in an environment with little or no regulation. The Chinese authorities were happy to leave the tech sector alone as they did not want to kill the goose that laid the golden egg and the tech giants have helped China effectively become a world leader in the digital era – Alibaba has over 800million users in China alone. However, this placed them in direct competition with the Chinese Communist Party for control of every day interaction and communication with the Chinese population and there was only ever going to be one winner!

Many of China’s tech giants are quoted and owned by global fund managers so hopefully this issue is behind us and increased regulation could be a sign that the sector has matured.  The companies now have a clear set of guidelines from Beijing and know what red lines not to cross. The new regulations may also encourage more innovation from smaller Chinese tech companies that until now may have felt squeezed out by the big players.

The Covid-19 pandemic and WFH trend has accelerated long-term structural growth trends such as online shopping and banking. This has been great news for the US tech giants but in turn these are attracting the unwanted attention of politicians who need to find ways of funding the cost of massive pandemic economic support packages.

Markets pulled back from recent highs as concerns re-surfaced about rising Covid-19 cases globally. Infection rates have largely slowed in countries which have had swift vaccine rollouts including the US, UK and Israel. Developing countries like Brazil and India are seeing infections surge. The US State department said it was going to tighten travel advice that could make up to 80% of the world a no-go for Americans. The World Health Organisation (WHO) didn’t help either as an official said it is a matter of ‘when, not if’ a Covid-19 variant can beat the current vaccines. Japan has declared virus states of emergency in Tokyo and three other regions just three months before the Olympics.

The US Dollar touched a two-month low and Sterling moved above $1.39 which also created a headwind for the main UK share index. As global monetary stimulus is gradually scaled back, the onus continues to shift towards fiscal policy to support the recovery from the Covid-19 pandemic. This spending will need to be paid for with higher taxes and US investors were reminded of this reality last week with news about a potential hike in capital gains tax. President Joe Biden is planning to almost double the capital gains tax rate for wealthy individuals to 39.6%.

The number of people in the UK receiving a first jab has slowed considerably as expected due to vaccine supply issues with 33.6m vaccinated. However, those having received two doses has climbed to 12.5m. Meanwhile, more than half of American adults have received a first vaccine dose while almost one-third have been fully vaccinated. Elsewhere, the EU expects to have enough vaccine doses to cover 70% of its adult population by mid-July due to higher production within the bloc. The 70% number is significant as experts consider it to be the threshold for herd immunity. While encouraging news, Covid-19 remains a global challenge with India having failed to prevent a deadly second wave. India now intends to vaccinate all adults over the age of 18 although there appears to be a vaccine supply issue. India has also been added to the UK’s ‘red list’ although over 100 cases of the Indian variant have already been identified across the country. Israel registered 8 cases of the Indian variant and an Israeli health official said ‘the impression is that the Pfizer vaccine has efficacy against it, albeit a reduced efficacy.’

Markets continue to watch the development of new strains of Covid -19 with four main variants currently identified – The UK or Kent, South African, Brazilian and Indian variants. There is no evidence that any of these strains cause much more serious illness for the vast majority of people who become infected but as with the original version, the risk is highest in the elderly and those with underlying health conditions. Booster jabs look like becoming a feature of life in the future and markets will continue to study the effectiveness of the current and new vaccines coming on stream in protecting against new variants. One ray of hope comes from a study by scientists at Liverpool University who have found that of over 74,000 people admitted to hospital in the UK between March and September, only 32 had received one dose of vaccine at least three weeks before. It would appear vaccines are highly effective. The ONS has also confirmed that Covid-19 is no longer the leading cause of death in England and Wales.

UK CPI inflation rose to an annualised +0.7% in March driven by higher petrol and clothing prices. Over the remainder of 2021 the path of inflation looks to be volatile but in an overall upward direction. UK retail sales in March were far better than expected even before the full re-opening of non-essential outlets adding further weight to the case for a consumer driven economic recovery through the summer months. Sales volumes in March jumped by 5%. Meanwhile, government borrowing has ballooned to £303bn reflecting the cost of support provided during lockdown.

US West Coast ports have broken new records for imports as American retailers stock up ahead of an expected surge in consumer spending driven by President Joe Biden’s ‘Go Big- stimulus’ and the rapid vaccination roll-out. Volumes at the port of Los Angeles were up by 65% on March 2019 – the year before lockdown hit.

Brent oil edged lower to $65 on the surge in Covid-19 cases in India which is the world’s fifth largest economy and a major oil importer.  In addition, the OPEC+ alliance is to gradually ease collective production cuts between May and July.

Finally, supply chain issues due to the recent blockage of the Suez Canal and the popularity of garden centres during lockdown has caused a shortage of garden gnomes. One garden centre said ‘we haven’t seen a gnome in six months now unfortunately’. After designer dogs and catalytic converters is the theft of garden gnomes going to be the next crime wave?