A Percy Pig in a Poke 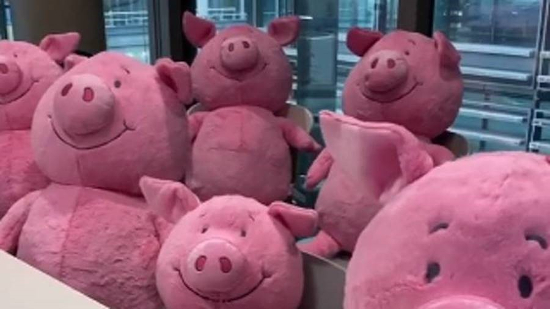 A pig in a poke is an offer that is accepted without being examined first, or literally, ‘don’t buy a pig until you have seen it’.

In law it is also known as ‘caveat emptor’ – Latin for ‘let the buyer beware’. A guiding principle of commerce in many countries. In essence, if you buy something you take responsibility to make sure it is what you intended to buy.

The phrase ‘A pig in a poke’ was first heard in Tudor England, using the French word ‘poque’, which is a sack or bag. It has a French origin as ‘poque’. Now this all makes sense…

We have already learned of the UK Fisheries Minister Victoria Prentis not reading the final Brexit document as she was busy organising a Christmas nativity trail. Downing Street insists Boris Johnson has read the entire Brexit trade agreement document -really?  All 1,246 pages? For those that haven’t read the document in full, could Marks & Spencer Percy Pigs be a wake-up call for some UK politicians and the ‘rules of origin’ within the Brexit trade agreement?

When the government said it had negotiated a Brexit trade deal with the EU with no tariffs or quotas on goods that wasn’t the whole story. In a much earlier Alpha-Bites we covered the ‘rules of origin’ and its ramifications for British manufacturers from cars to clothing. The new trade agreement means exports to the EU must meet stringent local content requirements.

Let’s take the example of Percy Pigs which are manufactured and packaged in Germany and then shipped to the UK. No tariffs are payable because of a trade deal. However, they are then taken from an M&S warehouse and exported to Ireland, which is part of the EU. As the Percy Pigs have left the EU and have not been made in the UK, it may be that a tariff needs to be paid to deliver them from the UK to Ireland, despite having been made in the EU in the first place! A victim of Brexit?

To get around the ‘rules of origin’ a product brought in from another country must be processed in a way that transforms it, so painting or changing its packaging for example would not be sufficient. This will be key for new technologies such as electric vehicles where from the end of 2026, none of the battery pack will be allowed to be made outside the free trade area.

Many UK companies including those in the City of London who are hoping his Brexit trade deal is not a ‘pig in a poke’.  In the short-term, Covid-19 lockdown is masking potential Brexit trade disruption. However, as vaccination allows life to start to return to some sort of normality, then later in the year Boris will no longer have this excuse to fall back upon if his Brexit deal doesn’t deliver for British industry.  At least Boris has the first crumb of comfort with Nissan committing to its Sunderland plant and stating its intention to transfer electric vehicle battery production there.

The back of Donald Trump and the inauguration of President Joe Biden with hopes of an even bigger US stimulus package. ‘Flash’ economic activity indicators for January still indicate a positive outlook with a ‘blow out’ reading from the US but for most countries the service sector outlook has weakened as more lockdowns take effect. This was notable in the UK data with ‘Lockdown 3.0’.

A sobering week given the images from NHS hospitals together with the record number of deaths.   Germany is the latest country to reveal a new strain of Covid-19. Meanwhile, you have to admire the Chinese when it comes to lockdowns and there is no messing about with zero-tolerance. Even so, the virus appears to be spreading from Hebei, with 1.6m people in a district of Beijing now ordered to stay at home after a new variant of Covid-19 was identified.

However, the global fightback against Covid-19 has started to gather pace as Brazil has begun its vaccination programme, after approving the Oxford-Astra Zeneca and China’s Sinovac vaccines. India has also commenced its vaccination programme which is the most ambitious, with a target of over 1.3billion people. Japan is still to approve the Pfizer vaccine and intends to start vaccinating the general public in May but is hoping the majority of adults will be vaccinated by July when the postponed Olympics are due to begin. Japan’s population is 126million so that sounds a really ambitious target. Given the problems Australia has faced with players attending the Australian Tennis Open, will the Olympics go ahead? However, the rate of global vaccination was always going to be bumpy and a repeat of the earlier PPE crisis where supply could not keep up with demand. Astra Zeneca, has followed Pfizer’s lead by warning EU countries of a delay in vaccine deliveries due to production problems.

In the UK, 6.3million people have now had their first vaccine jab and the ‘R’ rate is falling. The NHS has got off to a flying start with the UK vaccination programme although there does appear to be an issue with many over 80’s still to be contacted and some delays to the supply from Pfizer as it ramps up production. Investors will be watching how these progress in the weeks ahead as well as the rate of take -up of vaccination programmes in other countries. The pharmaceutical companies and scientists are also developing the approved vaccines to deal with the new strains of Covid-19.

In the meantime, the unforeseen consequences of Covid-19 upon global supply chains continues to be felt. Car manufacturers are having to temporarily halt production at some manufacturing plants due to a global shortage of computer chips. Leading semiconductor switched production last year in the first Covid19 wave from cars to smartphones and gaming systems that remained in high demand. Supplies are still tight and car manufacturers are struggling to secure the chips they need. The average car has between 50-150 chips!

In the UK, focus turned to the March budget where tax increases are expected as the government tries to address the budget deficit. With Boris Johnson including no increases in income tax, national insurance and VAT in the 2019 Conservative party manifesto, it is looking increasingly likely that Chancellor Rishi Sunak has few options and will raise corporation tax from 19%. However, such a move so early in the economic recovery and with lockdown measures still in place will invite a backlash from British businesses.

Despite previous comments from the Bank of England Governor, Andrew Bailey, some economists are suggesting negative interest rates may be the next step. However, Sterling edged up above $1.37 possibly reflecting the UK’s successful vaccination programme relative to European peers and December’s CPI inflation figure of 0.6%.

In the US, Janet Yellen, former Chair of the Federal Reserve and the incoming Secretary of the Treasury, warned that the US risked a ‘longer, more painful recession’ if it did not inject more fiscal stimulus into the economy and predictably added ‘the smartest thing we can do is act big’. Her comments will reinforce President Joe Biden’s push for the $1.9trillion stimulus measures and many investors are now hoping for an even bigger support package following Janet Yellen’s comments.

Japanese exports increased in December, the first time in two years with exports to China ahead by 10%. The Bank of Japan nudged its economic forecast for 2021 down vey slightly but is to maintain its ultra-loose monetary policy while the country deals with the Covid-19 crisis.

In China, Jack Ma, the founder of internet giant Alibaba resurfaced for the first time in three months after his earlier falling out with President Xi Jinping and the Chinese authorities. His last speech rebuked ‘pawn shop’ Chinese lenders, regulators who don’t get the internet and the ‘old men’ of the global banking community. This time in a video link to teachers Jack Ma said he intends to devote himself to ‘education philanthropy’. The moral of the story is clear, don’t mess with President Xi Jinping!

Brent oil edged up to $56 on vaccine hopes despite the International Energy Agency (IEA) having slightly lowered its global oil demand forecast for 2021.

Finally, vaccine optimism or just having something to look forward to? EasyJet says bookings for this summer with its holiday arm up by 250% on last year, fuelling the airline industry’s hopes of pent-up demand for when lockdown restrictions ease. May is apparently proving to be the most popular month for holidays. Who would have thought it? – Airlines looking forward to Mayday!

Read Last Week’s Alpha Bites – Can we Survive Without Amazon?