A Safe Pair of Hands 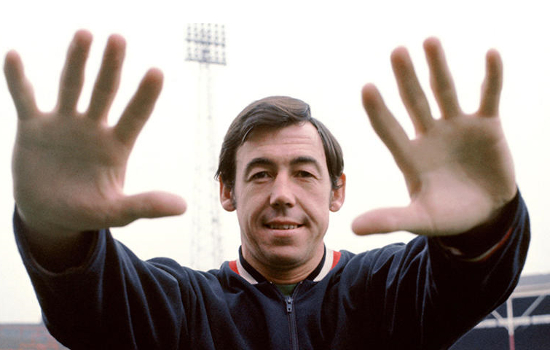 That save, from Pele at the 1970 World Cup. Everyone with a knowledge of football, considers it one of the greatest. RIP Gordon Banks OBE, the safest pair of hands.

Banks’ career spanned 15 years, but was sadly cut short by injury. In comparison, today’s Premiership club managers are staying in their jobs for increasingly shorter tenures, as the pressure grows to deliver success. The days of long-standing football managers, like Sir Alex Ferguson or Arsène Wenger, seem long gone.

In many respects, the City is not too dissimilar to the Premiership. Company bosses are staying at companies for shorter periods and in most cases, remuneration is linked to ‘success’. While this can be rewarding for investors, when the Chief Executive delivers material share price appreciation, some argue that it focuses management on short-term performance, rather than investing for the long-term.

Almost a fifth of the UK’s top 100 quoted companies have Chief Executives older than 60 years of age, nearly double the number it was 20-years ago. However, during 2018 some 18 Chief Executives stepped down or retired, the highest number since the financial crisis of 2007. Five high profile bosses are already known to be leaving in 2019 including Unilever’s CEO Paul Polman, BT’s Gavin Anderson and British American Tobacco’s Nicando Durante.

When it comes to investing, we endeavour to find experienced management teams focused on long-term growth. As for our investment team, it does include quite a few experienced old timers but we also have a very talented youth squad.

A final reminder that voting closes midnight tonight for the City of London Wealth Management Awards.

If you have not yet cast your vote and wish to show your support we would greatly appreciate a moment of your time.

A reminder that we have been nominated for the following categories:

While there was no tangible news from the ongoing US and China trade talks, US investors reacted as if the two parties were close to striking a deal. President Trump also seemed to confirm what had been leaking out of the White House in recent days, in that the 1st March deadline could be moved if a trade deal was on the horizon.  When asked how talks had gone US Treasury Secretary Steve Mnuchin said’ So far, so good’. Trade negotiations are set to continue in Washington this week. Market sentiment was also helped by news of an agreement in principle to avert another US government shutdown.

Meanwhile, the US Commerce Department has prepared a report for President Trump who, is considering implementing a tariff of up to 25% on cars and auto part imports.

PM Theresa May’s latest Brexit statement to Parliament offered nothing new, other than to increase the likelihood that any agreement will likely be reached very close to the 29th March deadline. Bank of England Governor Mark Carney repeated his previous warnings about the dangers of a ‘no deal’ Brexit.  Labour MP Yvette Cooper summed up Brexit pretty well ‘Everyone is laughing at us, at least they would be if it was not so sad’. Sterling dipped back to $1.29.

In the UK, economic growth data for the fourth quarter of 2018 confirmed the economy was losing momentum with December especially weak. Global trade tariff and Brexit uncertainty saw business investment drop for a fourth consecutive month. The Bank of England had already cut its 2019 economic growth forecast from 1.7% to 1.2% ahead of the release of this data. Consumer price inflation dropped back to a 2-year low of 1.8% in January, which is good for consumer’s purchasing power. Despite Brexit uncertainty, January’s positive retail sales suggest consumers are happy to spend in response to discounting by retailers.

In the US, Democrat and Republican negotiators reached an agreement in principle to avoid another government shutdown. In the draft deal, $1.375bn is to be allocated for fences along the US-Mexico border. The sum allocated is well-short of the $5.7bn that President Trump demanded who is now proposing to use emergency powers to build the border wall. The President is to be challenged in the US courts. Headline inflation declined from 1.95% to 1.6% due to lower energy prices. US retail sales fell 1.2% in December compared to the previous month but were up by 2.3% on the previous year.

Chinese trade data for January was skewed by seasonal factors, nonetheless, exports were up 9% on the same time last year which was better than expected. Imports declined by 1.5%.

Brent oil rallied above $66 on trade talk hopes and as OPEC confirmed it had cut oil production by nearly 800,000 barrels a day during January.

Finally, according to press reports, Italy’s populist government wants to pass a law that will allow it to take control of the central bank’s gold reserves, believed to be the fourth largest in the world. Selling the gold assets would help fund government spending. Remind you of anyone? Perhaps,  Gordon Brown?