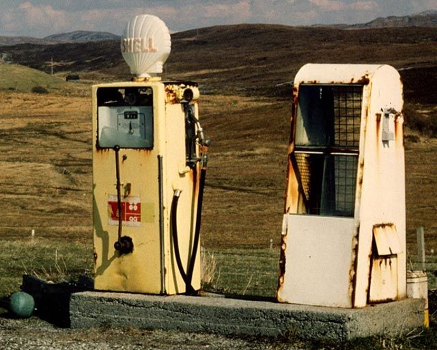 As the UK swelters in a heatwave and the nation’s thoughts turn to Moscow, lets ponder a taxing question.

The International Energy Agency (IEA) recently published a report examining the growth of electric vehicles and the repercussions for the oil market. This included looking at the possible impact on the tax revenue of governments globally from the shift to going green. The IEA estimates that if, by 2030, some 30% of new vehicles that are sold are electric, that the global tax shortfall could be some $92bn. Governments will not want to discourage the take-up of electric vehicles by imposing vehicle duty. How will they fill the potential hole in tax revenue?

In case it has escaped your attention, the price of oil has reached its highest level since November 2014. Domestically, due to the weakness of sterling, UK motorists are faced with a steep increase in costs to fill up with petrol. Given the government’s NHS funding commitment, tax revenues and fuel duty will no doubt again come under the spotlight.  Fuel related duties bring in nearly £30bn of tax a year. It has been estimated 65% of the pump cost of petrol and diesel goes to fund public spending. As this gets squeezed, the government will very soon need to find alternative sources of tax revenue. For cars, this could shortly include the introduction of toll roads and GPS-style technology in all cars to track the number of miles covered on major roads.

Furthermore, as the fourth industrial revolution gathers pace, the growth in new technologies, like artificial intelligence, are going to create massive challenges to the way taxes are collected.

Ongoing trade tensions, Brexit political fallout and England through to the semi-finals of the World Cup! It’s coming home! England fans are living the dream, along with pubs, the England match has given some retailers a £6.5bn boost, as supporters buoyed by England’s fantastic run in the competition, have flocked to buy replica kits, booze and BBQ food. That is better than last year’s Boxing Day sales record of £4.3bn.

An escalation of the trade tariff skirmish or the start of a full-blown trade war? On Friday, America imposed 25% tariffs on $34bn of Chinese goods. Further tariffs on $16bn of goods comes into force in two weeks. China responded immediately with 25% tariffs on a range of US goods worth $34bn, including cars and soya beans.

At a meeting with journalists aboard Airforce One, President Trump suggested that subsequent rounds of tariffs could be applied to $500bn of Chinese goods.

A Chinese court temporarily banned US firm, Micron Technology from selling computer chips in the country. The move came some 24-hours after the US moved to block China Mobile from entering the American market, citing national security issues.  Meanwhile, the World Trade Organisation (WTO) said world economic growth was in jeopardy and pleaded for a de-escalation.

However, against a backdrop of escalating trade tension with China, there was a glimmer of hope from discussions between the US and EU.  The US ambassador in Europe told German car makers that the US was seeking talks with the EU with a proposal to reduce tariffs to zero for US and EU vehicles. Under WTO rules however, the EU would need to reduce tariffs to zero on 90% of cars made by WTO members. However, press reports suggest this is something the EU may offer to negotiate to avert a trade war with the US.

Chequers Brexit unity appears to have dissolved rapidly with the resignation of Brexit Secretary David Davis who said he did not wish to be a ‘reluctant conscript’ for the government’s softer Brexit position.

The British Chamber of Commerce said that businesses are at the end of their tether due to the uncertainty on Brexit terms. The UK service sector saw activity rise at a faster rate than expected in June, which may provide more evidence for the Bank of England (BoE) to increase interest rates in August. Mark Carney, Governor of the BoE, said ‘domestically the incoming economic data has given me greater confidence that the softness of UK activity in the first quarter was largely due to the weather, not the economic climate’. Sterling recovered to $1.325.

In Europe, there was some relief for German Chancellor Angela Merkel after the Interior Minister agreed to stay on after reaching ‘an agreement on how we can prevent illegal immigration’ although her position still appears rather precarious.

In the USA, factory orders rebounded more than expected in May. The US Federal Reserve said that ‘with the economy already very strong it would be appropriate to continue gradually raising interest rates’, but noted that ‘uncertainty and risk associated with trade policy had intensified’.

One of the members of the Bank of Japan noted it must continue its easing policy until its inflation target is met.

The Chinese Yuan has weakened over the last fortnight making it one of the worst performing currencies in the emerging market sector since mid-June.  The Chinese central bank has said it will aim to keep the currency stable. The weaker currency could provide a cushion for Chinese exporters but might also irritate President Trump.

Brent oil remained supported at $78 on news that Libya had suspended oil exports from two key ports while in Canada a big oil facility in Alberta had experienced power problems.

Finally, its hot, hot, hot. Retailer Argos reported that during the heatwave, it was selling 15 paddling pools every minute! Measured per week, these would hold an over 100 million litres of water. Probably not what the water companies want to hear with some considering hosepipe bans.