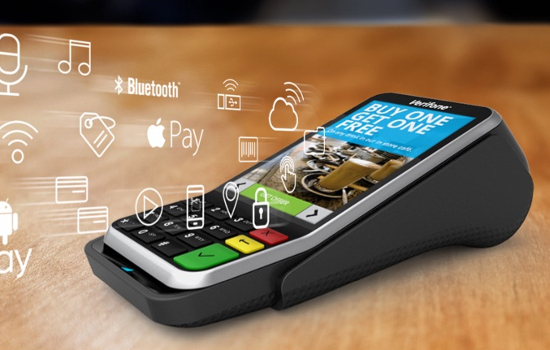 Our banks and building societies are closing branches at an alarming rate as they seek to reduce costs in the face of changes in consumer banking trends. Last month, Royal Bank of Scotland announced it was to close a further 162 branches bringing the total planned closures so far in 2018 to approximately 800. Half way through 2018, this figure has already surpassed the 700 closures announced in 2017. Clearly this must be a worry for rural businesses and those bank employees that work in the regional branches.

The UK banking industry is having to adapt to changes in consumer habits. It is staggering to think that it was only as recently as the 1980’s that 25% of adults were paid in cash and the main alternative to cash was payment by cheque! Now cash is no longer king. Last year, the UK made a record 13.2bn debit and credit card transactions, surpassing cash ones for the first time and the use of cheques is becoming largely obsolete. The volume of cash transactions is now expected to halve over the next decade.

In 2017, an estimated 22million people managed their current account on their smartphone. However, the FCA has flagged that in rural areas there tends to be a greater reliance on bank branches. Along with a higher proportion of people having difficulty getting to a bank they also tend not to be able to use online banking. Research suggests that by 2023 some 35million people, or approaching 75% of the UK adult population will bank via a smartphone app. By then, customers would typically visit a branch only twice a year (if you can find a local one).

While the smartphone banking trend gives the banks the excuse to tackle their cost base, they have to be careful in the newly regulated era of data protection. One only has to look at the debacle at TSB to see why some customers may be extremely wary about online, digital and smartphone banking. Data breaches, like that recently at Dixons Carphone, also highlights the increasing risk of cybercrime.

Global equity markets remain volatile as the war of words over trade tariffs continue with no apparent sign of reconciliation. Political uncertainty in Germany and more tweets from President Trump accusing OPEC of rigging the oil market have added to the uncertainty. Meanwhile, PM Theresa May is facing a ‘make or break’ Brexit meeting at Chequers later this week.

China and the EU held a meeting and announced they would join up to oppose trade tariffs and warned that unilateral actions risked pushing the world into a recession. In the meantime, the EU has made a written submission to the US Commerce Department warning that the EU and others will likely respond to tariffs on foreign cars by targeting $294m in US goods in retaliation.

Over the weekend, Canada’s retaliatory tariffs on $12.6bn worth of US goods came into effect. The Canadian Foreign minister noted ‘we’ll not escalate and we’ll not back down’.

Probably not what President Trump wanted to hear as it means some US job losses but, following the EU tariffs imposed on some US goods in retaliation for the earlier US steel tariffs, Harley-Davidson has said it will shift production of EU bound motorbikes from its US manufacturing sites. Trump tweeted ‘Surprised that Harley-Davidson would be first to wave the White Flag’.  Meanwhile, in China, President Xi Jinping was reported to have told a delegation of twenty American and European multi-national chief executives that Beijing, ‘if hit’ plans to ‘punch back’.

Trump, said he would clamp down harder on Chinese investment into the US on worries over security. In the event, he has stopped short of imposing specific restrictions on China and has instead enhanced the powers of the Committee on Foreign Investment in the USA. However, Trump’s economic advisor Larry Kudlow told US media that President Trump is not softening his stance on China and that China’s reaction to trade demands from the USA has not been satisfactory.

Tensions between the USA and China are also mounting over China’s increasingly assertive claims to islands in the South China Sea.  China is committed to peace, but President Xi told US Defence Secretary James Mattis that China ‘will not give up ‘even one inch’ of territory.

In the UK, Q1 economic growth was revised up from +0.1% to +0.2%. Service sector growth in April improved to +0.3%, which would seem to confirm the Bank of England view that the weather impacted Q1 softness was a temporary patch. With economic growth seemingly improving in Q2 this would seem to lower the barrier to a summer interest rate hike.  House price growth slowed to a five-year low this month according to the Nationwide. Annual growth was 2% in June with London down 1.9%. Meanwhile, you know when it’s really tough on the high street when even John Lewis issues a profit warning!

In Europe, EU leaders negotiated a package of measures on migration at the EU summit which, included a commitment to curb the movement of migrants northward. It remains to be seen whether this will be enough to help Germany’s Chancellor Angela Merkel as the potential resignation of Germany’s interior minister creates a fresh challenge.

India was also caught up in the shockwave across emerging markets from higher oil prices and US interest rates. India’s Rupee dropped to an all-time low against the US Dollar.

Brent oil edged up to $78, the highest level since November 2014, as US inventories fell. President Trump has called on US allies (does he have any left?) to stop buying Iranian oil by November 4th, or else face sanctions.